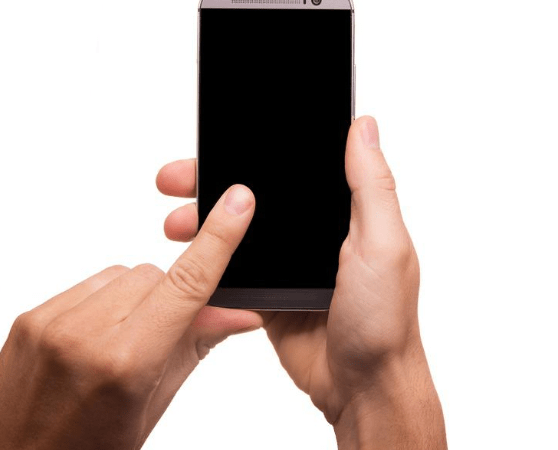 10 Telltale Signs A Man Is Cheating On You

Don’t ignore these signs… trust us.

He’s acting differently, but you just can’t put your finger on why. Then, his cell phone rings in the middle of the night and he doesn’t have a good explanation. We’ve all heard the “he blames you for cheating” and “his cell phone has a password on it” behaviors of cheating men, but those are the obvious shifts.

After interviewing 50 cheating men (and a number of their wives/ex-wives), several subtle changes often take place that women are usually unaware of until it’s too late. Here are the top 10 tell-tale signs he’s cheating.

1. He strays from his predictable everyday behavior.

Read more25 Things Men Should Do To Attract A Woman

“My wife knew I was cheating before there was any real evidence. She said she should just tell.”

After spending time with someone for several months (or even years), you know their typical behavior. You know how they act in certain situations, and when they act differently you want an explanation — if not cheating, then something else real and tangible.

In this respondent’s case, when he started his affair, he would grab his phone and head into the restroom for 20 to 30 minutes. His excuse: He was “reading email and the news.” The only problem was, that his phone bill showed something very different.

2. He has unpredictable mood swings.

“I was constantly looking for reasons to get away, and it was hard to think of new excuses all the time. So, I’d start a fight with her.”

Being angry in an instant — or being overly nice — is a red flag. There’s no real reason for him to leave, so he has to create one. New activities, such as him going out all the time (but never mentioning it until afterward) are a glaring example. If he was going somewhere and had no reason to hide it, he would most likely talk about it with you.

3. He has a rapid change in weight or appearance.

“After I started my affair, I dropped like 10 pounds in about a week. It was crazy.”

Cheating men change physically. Their love handles disappear, their posture changes, and their muscle tone/definition returns. It’s the body’s primal means of preparing for courtship — he’s readying himself to attract a mate.

In addition, cheating men start taking much better care of themselves and take a lot of pride in their appearance. He’s suddenly pressing his clothes, coifing his hair, and shaving daily when he didn’t before, especially when leaving the house without you.

4. He has an overnight change in musical taste.

“I’ve never really liked jazz. But I struck up with this woman; we enjoyed it together. I started listening to it all the time, just to think about her.”

There’s nothing wrong with trying new things. But when it’s out of the blue and he excludes you from the change, it’s one of the warning signs he’s cheating and that something is amiss.

5. He remembers things wrong or loses track of the details.

“I was talking to my wife about a movie we saw and laughing about one of the scenes. She wasn’t laughing. I asked, ‘What? Don’t you remember?’ She then informed me that we hadn’t seen it together.”

“I was working from home and I started closing the door more often, saying that the kids were loud or that I just needed to work quietly. I was online chatting with my mistress.”

To take time for one’s self is normal. But when it’s out of the normal pattern — or is more and more frequent — it’s a sign that something else is going on. Going into work early, leaving late, getting off the phone suddenly, and taking lots of private calls from a “relative” (mom, sister, someone untraceable) are also red flags.

7. He has a drastic change in sexual appetite and style.

“I started my affair and all I wanted was sex, but not from my wife. She knew something was up because our sex life was always pretty active.”

“After I started up with [my mistress], I started sleeping with my wife much more often. She told me I was aggressive in bed and that she hadn’t seen me that way before.”

A sudden shift in what’s “regular” or familiar in bed — without discussing wanting something new — is a big warning sign of cheating. All the men I interviewed expressed experiencing a huge rush of testosterone, which manifested as a new confidence during sex. They felt strong, masculine, virile — like every woman wanted them. Their egos were growing daily.

SEE ALSO: 11 Facts About Valentine’s Day You Should Know

8. He hides his financial history from you.

“I was meeting her for lunch almost daily. And our hotel visits were three or four times per week. Covering that was very difficult. I opened a PayPal account, got a PayPal debit card, and attached a personal checking account to my PayPal account. I would make online transfers into PayPal and she couldn’t see any of my transactions.”

9. He has new “friends” at work and/or more work responsibilities.

“My company allowed me to work from home if I choose. But I’d started a relationship with a new manager at the office, so I started going in to work more often. When I extended my business trips a day before or after, I needed at a remote site, extended office lunches and late hours.”

Office affairs are very common, especially considering how much time we spend working together. He might mention his new “friend” to dispel any suspicions you have and if you pop into the office unexpectedly, or he might even introduce you to his “coworker” to throw you off the scent. Follow your gut and pay attention to his other behaviors.

10. He’s secretive with his technology.

“iMessages on the iPhone are untraceable on cell phone bills. I would only text [my mistress] when it was safe and then delete the messages immediately. To this day my wife doesn’t know how I communicated with [my mistress].”

“I bought Snapchat on my cellphone to communicate with her.”

“I didn’t want to send traceable emails. So, we established a new Gmail account and communicated in the drafts folder, without ever sending anything.”

Technology is now smarter and affairs have gone high-tech. A new password on his cell phone or computer, a change of password at your bank or cell phone company, or cell phones being “left in the car” were once valid signs of infidelity.

But now, cheaters fly under the radar by using technology to do their communication dirty work. Apps exist that allow text messages, online chat sessions, and pictures to last for a certain amount of time (and then disappear). Pay attention to new email accounts and new apps being used on his cell phone.

While these signs aren’t foolproof signs of cheating, a few taken in combination are sure signs that something is up.

My advice: don’t make accusations that you can’t back up. But, if you do suspect it, sit him down for a long talk about your concerns. If that nagging feeling doesn’t disappear, you have some choices to make — and perhaps some investigations to start.

SEE ALSO: Relationship: How To Know A Faithful Man

Think your man is cheating? Watch the video below to learn more about the psychology of cheating and additional signs to look for:

HOW THE FIGHT STARTED