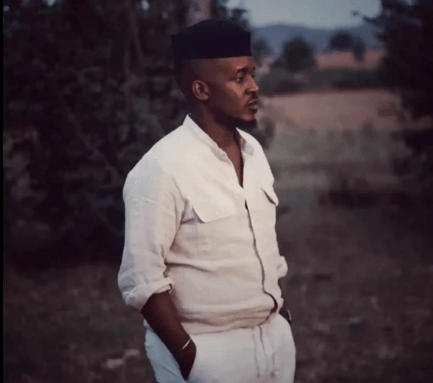 M.I is notably one of the biggest rap artists in Nigeria and Africa as a whole. He has gotten recognition worldwide and recently even got a backlash from the resurfacing of an old tweet where he claimed to know nothing about Pusha T. Well I say it is a rap thing and rap is a game of dominance and bragging right hence I do not think there is any hate in the heart of the African rap mogul for every ‘blasphemous’ claim he makes.

Going further to push the narrative of hate and pomposity, the new M.I album has also been criticized by a few to be fueled by hate for fellow artists and desperation to fuel an unhealthy competition which might also bolster sales of the album.

Here’s a respectable thought from Charm Xtova on Facebook.

Is it a coincidence that M.I’s “The Guy” Album dropped around the same time A-Q and Brymo’s “Ethos” album dropped?

Well, what brings both albums to a parallel standpoint is the evident presence of beef.
While some lines in M.I’s track “The Hate” seemed to be a diss track aimed at a cryptic individual, the subliminals seemed to be directed at a person who used to be prolly close to him.
The Ethos album which features A-Q and Brymo seemed to illuminate our thought paths more when A-Q mentioned MI’s name on the track “Family First”. He admitted that he and M.I haven’t been on talking terms lately. He also took a swipe at Mr. Abaga and left him some stinging words.
It’s clear there’s an enlarged abyss between both persons especially when you realize that M.I and Brymo haven’t been on talking terms either and A-Q thought it cool to align and collaborate with Brymo on a project.
It must really have been something done to trigger M.I especially when you consider the popular saying that “the enemy of my enemy is my friend”

Interesting to see how long before the real vawulence takes centre stage.

Let’s dive straight into this review.

Here is the information on the M.I The Guy track list

Track One obviously has been the most anticipated song off the album and I would think it was an Ok track. Nas brought that vibe and Olamide knew what was best to do on the song and he really delivered. The concept is not far fatched and not taking anything away from Olamide, the lyricism was left to very creative vivid picture painters. The illustration was on point and there is no confusion whatsoever as to where they are driving to with the joint. It is a solid one.
https://www.youtube.com/watch?v=jhp21djYitE
I would like to call this a feel good album, it is a rap album yes, so all the condiments associated with a standard rap album can be picked up from here and there from some particular track but M.I was also bent on selling records or should I say reaching out to consumers beyond the hiphop viscinity. Track 5 “The Front Door” did not sit well with me for a rap song but I also said to myself, that will be one good song to run a promo with. I guess finding the balance was what this album was all about in the end.
As far as the implementation of the content of beef, the name calling by M.I to me was more of personal relationships than beef. “Me I like the way that I be feeling now and that’s on Poe“, lines like these are scattered around the hiphop tracks in the project.

Bars Off M.I’s The Guy

Is that your girl over there who saw my chain and started chain reacting? – The Guy
The whole team good omo see bench. – The Guy
This shit above US just like Canada. – Bigger

Producers of M.I’s The Guy