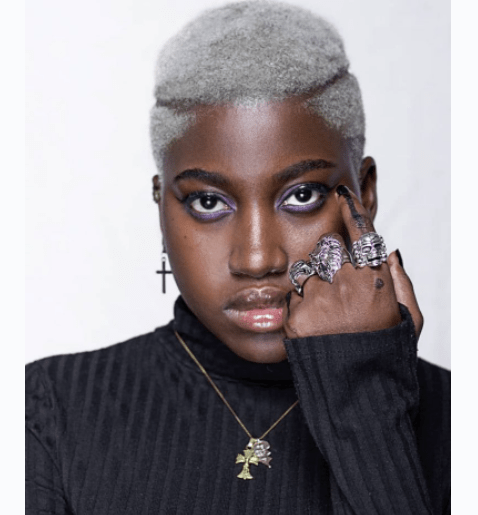 All We Know About Temmie Ovwasa, Biography, Career, Life, Scandals

Temmie Ovwasa popularly known as YBNL Princess, is a Nigerian singer, songwriter, and artist who grew up under disturbing circumstances, she had claimed at a point that she was a victim of sexual molestation and the perpetrator was her father. Her mother is from osun state. Temmie grew up in the middle belt, she has also lived in Ilorin and Lokoja and only went to Lagos for the first time in her adult life. She is known for singles such as;

A Quick Glance At Temmie Ovwasa

They signed a record deal with YBNL Nation in August 2015 but left the label in 2020 after having a disagreement with the label owner Olamide. Ovwasa is openly lesbian and non-binary and in 2020, they dropped the first openly gay album in Nigeria. It was said that Temmie missed a test in school just so she can meet up with a meeting with Olamide.

Speaking on how and why the relationship with Olamide got this bad, she said on a live IG chat that although Olamide gave her a platform, he rejected all the deals and show that she was offered. Ovwasa also alleged that her former boss stopped her from releasing songs.

She claimed, “That man brought me to Lagos from Ilorin as an 18-year-old, put me on a platform then proceeded to reject every show I got, every offer I got. Stopped me from releasing songs, kept me in his house with his wife (who spoke to me like I was garbage in front of her friends), and kid in the name of ‘family’. Put my face on the wall, on an album where the ‘men’ were allowed to be people. Cued from the article from Punch News.

Temmie Ovwasa did a cover to the popular Kizz Daniel single ‘Mama’, and to Kizz Daniel it was one of the best covers he heard off the numerous recorded Mama cover at the time. Kizz Daniel went on to confess to the public that he had a crush on Temmie Ovwasa and she is currently his celebrity crush. It never came to light if anything serious ever occurred between them.

Temmie Ovwasa is an Athiest., at a time she said

I really like when Christians tell me that I will go to hell for being a Lesbian because in the end I will be chilling with a lot of other gay people.

I am not an educate them ‘homosexual’, I am a ‘fuk around and find out’ ‘you have no monopoly on violence’ homosexual, Homophobia doesnt go unpurnished around me, I will hurt you, avoid me if you’re homophobic, I have a lot of rage and very little will to live.

Temmie Ovwasa doesn’t care about family, in her words;

‘My family is reminding me that I am turning 25 soon, hoping that my lesbian phase has passed, they expect me to bring a man home, No dear, I will bring a woman home and it is not to your home, mine’

Next post 2023: Adamu Garba Declare To Run For Office Of Presidency