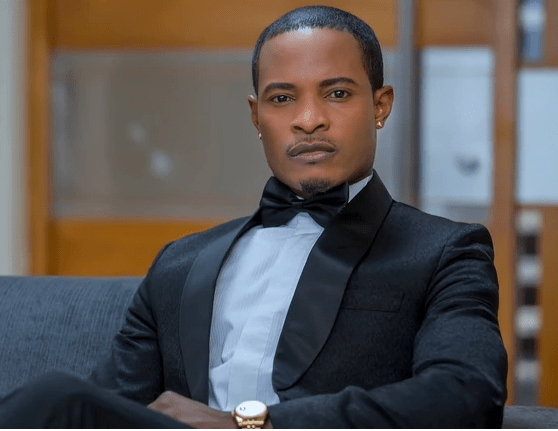 Babalola Oluwagbemiga Gabriel (born August 1, 1991) known professionally as Bigiano, came into the limelight in 2008 with a massive song titled “Shayo”. He is a Nigerian songwriter, singer, record producer, recording artist, and stage performer.

A Quick Glance At Bigiano

Babalola Oluwagbemiga Gabriel is from a family of six and he is the fourth child, from Osun State, he started his music career as a choirmaster and music coordinator in church.

He studied computer science at the Obafemi Awolowo University.

His passion for entertainment lured him into teaming up with other likeminds to start a musical group known as Triple B back in the day.

In 1999, the group released an official single called “Egba Mi”

In 2009, the dancehall music star got nominated back to back, for the MTV Africa Music Awards and Nigeria Entertainment Awards’ Best New Act alongside M.I.

In the same year, Bigiano was the cynosure of all eyes at a high-octane awards ceremony as his blockbuster single, “Shayo” won Best Video, Best Cinematography, and Viewers’ Choice of The Year Awards at the 2009 Sound City Music Video Awards.

And as if this was not enough, the star musician crowned the year with a musical tour in and around the South African territories.

In 2012, Bigiano who has worked with several great artists such as Tu Face Idibia, among others featured a fellow Nigerian artiste Wizkid on his single “Chillings”

Many major artists have been known for one scandal or the other, especially those who came out of the streets like the contrast in Portable. Bigiano is known to keep a low profile and is practically disciplined. His personality is calm and aside from his controversies with various women, he is not known for any major scandal.

When I was signed to my first international record label in the UK (Starmix Entertainment) from 2010 to 2013. I had a couple of hit records that were never released eventually, and at some point, I was on a promotional tour in the UK.
My tour manager Tayo traveled to Glasgow with me and joined a few of my management team we had a memorable event. We went to a club afterward, Natasha and  Natalie happened to be best of friends, they were both blond white girls. Natasha, the white girl with the very big booty, made the first move by sending the bodyguard to tell me she was game and wanted to be with me after the party. I smiled as a bad sharp guy and a shy one at that time but my eyes are on Natalie because she’s actually my spec.
Very pretty, slim, and sexy with a portable bobby not extra-large like Natasha lol. And I can only have one of them come chill with me at the VIP but eventually, it became dirty as Natalie happened to find her way to me at the VIP and Natasha was not finding it so flipping funny. The club went up in turmoil as both ladies got into a big and serious fight. Party ended. The cops came and shut the club down and arrested both ladies, took them out both naked, injured, and still running towards me to carry their wahalla and this whole mess got me embarrassed.

At the end of the night, my manager found a way to smuggle me to the hotel, and getting there we met another set of four girls claiming to be Bigiano’s mistresses. That was how we ended up with four white girls.

Bigiano’s success with Shayo in 2008 according to him has been a major period in his life that has turned him around. Bigiano left the handling of his career in the hands of people who he did not trust and at a point, he had to take a break.

According to him: ‘I decided to take a little break to re-brand myself. When the fame of  ‘Shayo’ came, I couldn’t handle it. I deliberately made the decision to go off the scene in 2011 to re-position my brand.’

Bigiano has a couple of private organizations to his name and investments. Bigiano is said to be worth $12,000,000