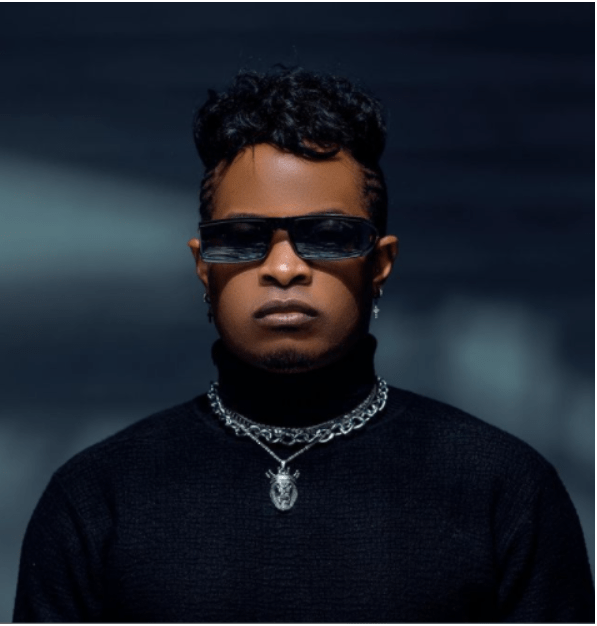 Bigiano and 12 Other Nigerian Artistes Who had Evergreen Hits Through The 2000s.

The impact felt by some specific hits and the nostalgia that comes with replaying the songs today can not be overemphasized, some great artists in the past and some who are still very much on the scene today have blessed us with great hits which at the time had some long-lasting reign and time span on the streets, the clubs, carnivals, and radio stations.

Some of them can be rated as songs for all time over evergreen as they never get old. Bigiano has proven to be one of those who created a great influence in the 2000s and is seen as one of the leaders in that era who inspired the younger generations.

So in no particular order, here is a list of those songs and why we have considered them.

Eedris Adbulkareem is one of the most controversial artists in the country, having involved himself in dirty situations, even going as far as having political enemies. He also got himself in an international feud with the American rapper 50 cent over something that most felt was very unnecessary. But as crazy as all these, he wasn’t doing those things to promote horrible music as is the trend with many artists. Eedris Abdulkareem who used to be in a group called Remedies which included Tony Tetuila and Eddy Remedy is a prolific writer and had great tunes to his name. Mr. Lecturer is one of those songs that you can pull out any day and the message will remain crystal clear. He released the song in 2003 under Kenis Music, the song became so big it reigned for over 2 years and had a couple of remixes.

SEE ALSO: Everything you need to know about the Naija born singer Ruger.

2Face Idibia is still a great name today! He is one of the most consistent artists who have kept his standard growing for around two decades now. He was with a group called Plantashun Boiz and which was a heavy singing trio at the time of their existence. After the split 2Face kept the fire burning, releasing constant hits, and finally made an international impression with the African Queen. The song was so big it featured in a Nollywood movie titled “Phat Girlz”.

African Queen had longevity of over 5 years and that was how powerful the song was. A lot of remixes were made out of the song, a former group member even claimed the song was originally his after he saw the impact.

Olu Maintain is one of those guys. Should I say he was blessed or just inspired by his situation or blessings at the time? He is also from a broken group called Maintain. They were also known for releasing very nice comical tunes remixing other popular songs and more. Olu Maintain had his breakthrough with Yahooze and it was so big it would not be gainsaying if I said every single Nigerian must’ve been familiar with the sound at the time.

Dbanj, popularly known as the Koko Master has been known to be legendary for dishing out signature songs, and music with lasting effect over the course of his prime years. His partnership with Don Jazzy paid off at a time when Afrobeat music was still in its infantry. Fall in Love was said to have been inspired by true events, his entanglement with the popular actress Genevieve Nnaji. Nevertheless, the song retains that evergreen feel and has earned it.

Not much is known about J’odie, but this song Kuchi Kuchi (Oh baby) was everywhere during the time of release. The song was special because before the video premiered, there was confusion as to if the song was an actual love song or not. Eventually, it became known that the song was inspired by the artiste’s childbearing process and the love for her child. It was heartwarming information and the song went on to receive numerous accolades. Up to date, the song will give you goosebumps.

This one will continue to be a major classic because celebration and jubilation will always be a part of life and any music relating to this, and also has its own signature will always have the club jumping till eternity. Bigiano released this one in 2008 and it was quickly accepted as the number one party jam in Nigeria. Everybody could relate to it and the song went on to top charts for a long time on different platforms. The song traveled out of the shores of Nigeria and can easily be placed as one of those jams that put Afrobeat on the map in its cradle. The song blew so big even Bigiano admitted he couldn’t at the time handle the fame that came with the song ‘Shayo’.

SEE ALSO: I Had A Huge Crush On 2Face For A Long Time – Mercy Aigbe

Dagrin released one of the most prolific indigenous rap albums in Nigeria. The title of the album was C.E.O (Cheif Executive Omota). The album was promoted with a smash hit Pon Pon Pon, a song that took over the streets of Lagos and major cities in Nigeria. The song gave him international recognition, unfortunately, he wouldn’t be here to manage his newfound fame himself. Barely a year after the release of the album, Dagrin met an untimely death at the hands of a ghastly motor accident.

Faze is one of the members of the defunct Plantashun Boiz which had 2Face as a group member. Faze is a very talented member of the group so it was no shocker when he released his first album and this masterpiece became the promotional single. Telling the story of the trio and how the separation affected them all. It was really heartwarming, a song of hope and determination so it is no wonder it touched a lot of Nigerians and people at large.

After the separation of the Plantashun Bioz, a couple of other RnB singers came into the limelight, trying to fill in the shoes and many failed after a single sometimes. StylePlus however came in and did great things. Their debut single Olufunmi turned the country upside down and went on to dominate the charts for a very long time. The song also contributed to shooting Nigerian music internationally in this genre and made the crew a force to reckon with. Even today, you can feel all the emotions in that song.

The Dou (Resonance) Esther and Gucheano were all over Nigerian screens and speakers after the release of their debut album Chinwe Ike in 2005. The promotional single Lele was a great rendition delivered by the half-caste Esther herself and the album went on to sell millions of copies due to that song. The song will forever remain in the hearts of Nigerians and will surely resonate with young hearts today.

Wande Coal, a prodigy of the iconic Dbanj and DonJazzy who made quite an entrance with his major hit album Mushin to Mohitz, and then the promotional single Bumper to Bumper was prove that at the time, he was ready for the music industry, and then boom – Ololufe was discovered off the album and it drove the girls crazy. The song soon became a National sensation and earned its spot on the top. Nigerians will never forget the feelings this song brought.

The Duo Peter and Paul have had their ups and downs in the music industry but that will not deter the fact that these two have given their best to Nigeria and the world at large when it comes to constant hits. They have done major projects too numerous to count and they deserve multiple spots on a list like this one. One of Like You is one of their most prominent records of the 2000s. The song made waves without the intervention of any sort of feature whatsoever and also raised its stakes internationally. The theme of the song played a major role.

There is a wonderful story behind the success of this instant classic, that is not one for today. 9ice had a memorable glorious day in the Nigerian music industry. He is not one who came in and luckily had his way, he had a couple of singles and an album until he finally got his hands on the song that will change the course of his career forever. The success of this song would go-ahead to change his producer’s rep and also a couple of his bandwagon. Gongo Aso was truly a masterpiece and if it came on today in a club, best believe the whole place will be turned upside down.

Next post [People Profile] All We Know About Zainab Balogun Biography, Career, Net Worth, Spouse, Controversy