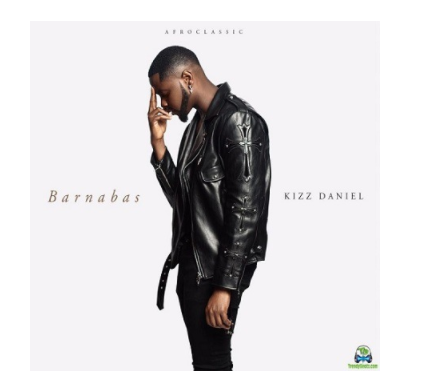 I will give kudos to this track for maintaining a spot in the top five on the Naija iTunes 100 for more than three weeks before the time of this review. Kizz Daniel has found a way to successfully create and establish his own sound so it is not gainsaying when we say his sound can be more or less predictable.

The uniqueness of his songs can eventually be attributed to the creative process of production and in some cases features. This song in particular even though it sways away from the customary topic of discussion around Kizz Daniel’s tracks which includes love, party, and money, this is more of a gospel vibe but nonetheless, it didn’t do too much to take away the possibility of making it a party blaster.

The Production of Eh God (Barnabas)

Rating the production of high profile artists such as Kizz Daniel might eventually become cliche as our producers and sound engineers are striving to do better and better no matter how mediocre the melody or lyrics of the particular song is. Over the past few years we have been able to attest to the fact that in the Nigerian music industry, music producers really should get all the praise because in most cases, when you take away the production phase, you discover that the artists are not so mentally strong for the type of pace music worldwide is going and that is a fact. Should we give thanks to the AfroBeat genre which almost cares less about lyrical content and focuses more on beats and vibes or tell ourselves that if the genre really focussed on spectacular lyrics, then our artists would’ve also lived up to expectations as Nigerians outside the music industry are a people known to lift the bar high or compete no matter how high the standard. is.

With that being said, Brain Beatz produced the song Eh God (Barnabas) by Kizz Danielz, and from the composition down to the pace and tempo of the beat, I think he got his maths right. The Nigerian music production standard will have nothing against this magnificent work of art and Brain Beatz has shown he is also capable of campaigning for that Mount Rushmore of extraordinary music producers in the Nigerian industry and possible worldwide.

Check out the review for Finesse by Pheelz

The song is obviously not your routine Kizz Daniel song. We have not seen any comment or official interview by the singer to conclude if there has been a special inspiration to this song. Most people like Kizz Daniel would say switching from their usual style must’ve happened by divine inspiration, a tragedy, or some type of premonition. But in this case, we have to draw out a reasonable reason by ourselves. Why did Kizz Daniel take the gospel-like route? Well, frankly we have no clue. He has not been on the news recently for any life-threatening issues, a court case,s or a scandal.

All these do not take away the fact that whatever brought the inspiration for this song did a good job because it didn’t really show lapses or a usual flaw in trying to not stick to what you know how to do best.

Kizz Daniel has never really been caught lacking when it comes to sensible lyrics and living up to per for his style and genre. Although this song is not really his type of song and the type of composition he has been known for, he actually strived to do justice to the lyrics, the vibe and pace are also enough for any listener to ignore this lyrical aspect. At the end of the day, that is what a good afro-beat jam does to you. Enjoy the song first, think about the lyrics later.

Check out the lyrics to Eh God Barnabas by Kizz Daniel

Every song has a perfect feature, have you ever listened to a track and then imagined another artiste’s vocal on the said track? And some songs or artists make decisions that end up ruining the vibe of some particular songs. Yeah, there are some features you listen and then you start trying very hard to wonder why or what the importance of the feature was. But, who would’ve been the perfect feature for this track Eh God (Barnabas)? Is the song cool without a feature?  Well, we think the song is just as perfect but if a feature should’ve been considered, it should’ve been a rapper. Who? You decide.

Let’s get down to scoring this song.

Previous post Pray For Us And Your Support is Needed: MI ABAGA On His Engagement

Next post When A Man Cheats, Relationship Continues Why Erigga Asked