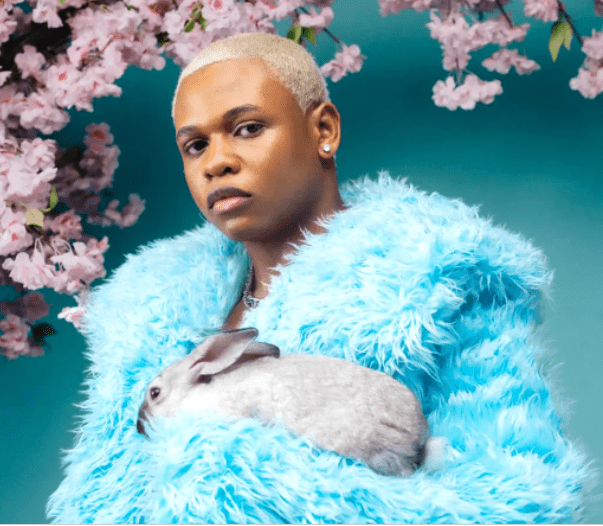 Don Jazzy recently unveiled a new product under his auspices and without time-wasting, an official E.P followed up. This development is coming shortly after the exposure of Ayra Starr and Magixx.

Boy Spyce is a blend of a savvy old soul in the body of a 20-year-old and an unashamed mindful youthful fellow. Conceived Ugbekile David Osameke in Lagos Nigeria, Boy Spyce is an indigene of the generally rich Benin city in Edo state.

The body of work feels like a project inspired by memories of true events as well as the artiste’s current place in life. There are a few motivational lyrics here and there and a couple that is supposed to lead you in the right direction. I do not think this artiste is trying to sway anybody’s child into the path of destruction. Yes, in a nutshell, his lyrics I have found to be very morally harmless, well except for the track tow Bad Things which I do not really think he crossed the line. Every artist needs a song like that once in a while.

Growing up as the last kid among more established siblings implied looking dependent upon them in certain perspectives, his first introduction to music was through his more seasoned sibling who was in a boyband at that point.

Your guess is as good as mine, there are not supposed to be any bad songs or any badly produced songs on this project. But are we all going to agree to that?

This is actually a great song! From the composition to the lyrics then down to the production. It is obviously undeniable. Being a new artist in an industry like the Nigerian music industry where there is a tendency to sound similar to almost everyone before you due to the genre, one would expect a lot of creativity and distinct uniqueness to stand out. That is one major aspect where Boyspyce might be falling off a little. Maybe in due time, his vocals might stand out but right now, there is not a strong signature to that. But he has a saving grace, he can sing for real. The unavailability of uniqueness does not cancel the dopeness. As for this track one, I can tell that there was a plan, a concept and it was truly actualized. You can feel it and almost envision the whole scenario in your head as the music plays. That is imagery.

The production is top-notch! You can feel it and notice clearly how the vocals blend with the whole instrument. Good one!

Yeah, I presume this is that track for the ladies. The verse one went in ridiculously insane until you discover it was just a naughty hook and that is why I said there was no cause for alarm in case you are one of those who already accused this song of being inappropriate for a certain age grade. Well, it is but I am sure we understand what I am talking about. If the intent was to make a sexually explicit song, well this did not cut. Aside from the top-notch production, this song has enjoyed, it is just one of those songs. This doesn’t get a stand-alone rating, you’d have to go down below to get our general rating.

Ok, as we dive further into the other songs of this project, one might start to ask, what is the concept of this project? What exactly is our new star trying to preach with this project? Is it supposed to be a project for the girls or just something about his life or maybe probably a couple of feel-good songs to set the tone? I guess we may never know now because track one to three has told us nothing aside from the fact that track one is just a special song and should have been released as a single. It obviously has not connected with the two subsequent songs whatsoever. The content of this song is very much similar to track two so we pretty much do not have much to say aside from pointing out that the previous track was more appealing.

Ok, this one is a great song! The choice of melody did justice to this one. I guess now we can decide to conclude that this project is basically about the concept of love and all its misconceptions, merits, demerits, dramas, and heartbreaks. I love this one. I really do not have much to complain about this project up till this moment. The songs have been nothing but soothing, the lyrics have been ok and the production can never go wrong with the guys at the helm.

Oh well! I guess this is the motivational song for the project. I truly do not know how this made me feel but when you hear someone saying something morally correct, even though they’re not saying it right, for the simple fact they’re making an attempt to positivity, we all just play along. I guess that is exactly what is happening here. I do not totally agree with everything about this song, but because of the message it carries, I say we shall let it pass. Bare with me. Check our rating chat down there to see how we score this album.

Previous post We Can’t Say If They Ask For The Act: Marco Mendicino the Public Safety Minister has expressed