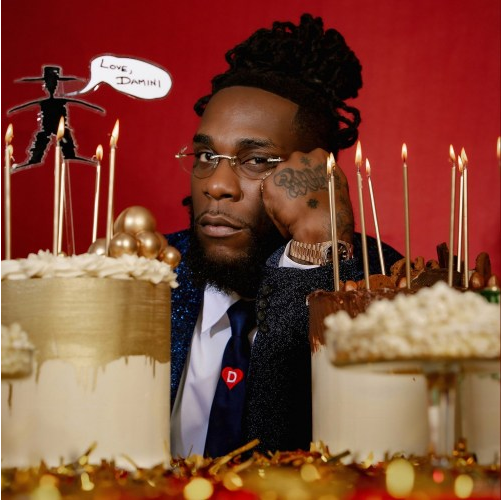 It’s true that it’s straight from Nigeria and straight from Africa but it’s not known to a lot of people; Africa has a wide range diverse kinds of genres (source: Burna Boy interview on Gillie Da Kidz; Million Dollarz Game Podcast) I’m willing to claim this; Burna Boy not only been following the footsteps of legendary singer ‘ Fela‘ and ‘Fela’ but also developed a sub-genre he calls Afro-Fusion with 3 albums and a Grammy award He has firmly established the essence and the birth of a genre which only he owns and runs in the present (a genre that is a subgenre of Afrobeat) and is known as Afro-Fusion.

The essence of time which is why the song by Burna Boy ” Love, Damini” is a profound result of hard work and a shift in a market segment, moving from the traditional to something new (Afrobeat into Afro-Fusion).

The one thing we don’t get out of Burna Boy is the truth that he’s Hip-Hop at heart and wants everybody to know that he’s a versatile artist as well. And unlike his previous records, He has defined Afro-Fusion on this album. by the makeup of the production, featuring A-list artists such as Khalid, Kahlani, Blxst, and the pop-rock group Popcaanand Ed Sheeran and production credits, to expressing his opinions on the benefits and pitfalls of fame. He even addressed the subject of love. My opinion is that Burna Boy’s Love Damini is well worth the money and time invested. It’s also therapeutic.

In 2013, he released his debut album L.I.F.E to earning international recognition through his album for 2019 titled “African Giant” to winning the Grammy in 2020 for his “Twice As Tall” record and it’s now evident the fact that Burna Boy is an amalgamation of cultures, it is a blend of his love for hip-hop, and connecting it to his roots in Nigerian dialect and sound according to the circumstances.

The soulful, spiritual feel of ” Common Person” is a part of High-Life. Afrobeat and grime. J-Hus. The track is in perfect harmony with his relationship with Khalid in ” Wild Dream” since both, while featuring two distinct UK artists on the track, share the same core truth about Burna’s View of Life and what makes him want to live his reality. It’s that desire to be more fulfilled; become more of a man, display his talent and potential, also stifle the haters, spouting passion and manliness.

” Last Last” which is his first single and track about his split from Jamaican international star “Steflon Don” samples Toni Braxton an iconic move that made his sold-out concert at Madison Square in New York a delight for the fans since he offered fans a glimpse of the track. With its rich drums; the mix of reggae, hip-hop pop; High-Life; R&B as well as Rap; Jazz mixed as an incredible mouthful it is possible to say the song is Burna Boy’s most memorable moment in his music. One can appreciate the genius of his music when listening to the song Love Damini. you can feel the genuineness of Burna’s pure enthusiasm for lyricism, hip-hop, and utter ingenuity; which is the African Giant expressing his pride as an African and not only Nigerian.

The track features Ladysmith with Ladysmith Black Mambazo, Burna-boy took it to the next level with an Afrocentric jazz vibe in ” Jegele” paying tribute to Afrobeat legend ” Fela“. The Burna-boy vocal defines the course he is taking and lets it swell to the new look of what the sound should be when he’s able to be a part of a brilliant thinking mind and opens the door to the possibility of further.

The possibility of mixing diaspora sound with ESTABLISHED SOUND that originates from Africa and the Middle East, is best explored on this LP and is the coolest in being in line with the new international standard. It’s mostly dominated by artists like Kendrick Lamar, Drake; Ed Sheeran; Justin Bieber; The Weekend, and J Blavin. You can hear it in songs featuring Ed Sheeran, such as ” For My Hand” and J-Balvin’s track called ” Rollercoaster“.

The concept of the album is more evident in the beats and features. the mix engineers took an element with the interpolation of the fusion as well as the direction of the music; the mood of the album is artistic (as it moves in a different direction) yet it still connects the dots, making you move in and out and is a delight for the listener and keeps them hooked by every song.

More of an experiment. Burna Boy’s style has evolved with each album and fans across the world can appreciate his fearlessness and appreciate the distinctness and influence of African rhythms, Fela’s Music, and Burna Boy’s deep love for sounds from the West.

It is a shining album with plenty of potentials but it’s impossible to compare it against “African Giant” just yet since the album is an absolute masterpiece by itself. Or claim that its Grammy award-winning “Twice As Tall” isn’t worthy of the glitz and glamour of its moment (we would not know this at the time) however, we are likely to have this album one day in retrospective as one of the most popular albums by Burna Boy.