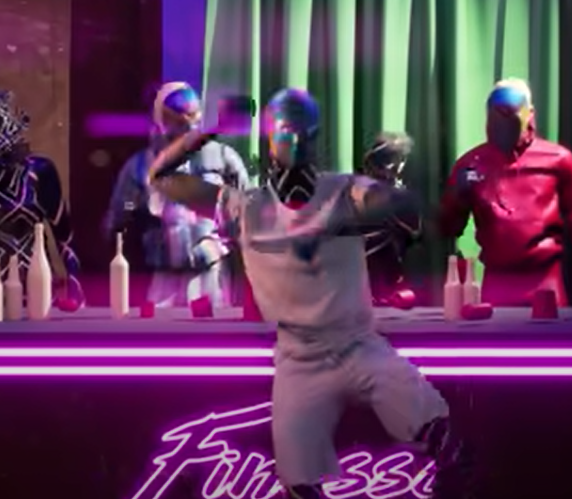 You can tell the strategic marketing maneuver played a major role in skyrocketing this jam to the limelight in no time. The catchy., or circumstantially catchy hook which ultimately gave the song a hit vibe coupled with the fact that it was probably intended to be all cruise and nothing more, is a good way to quickly grab the attention of Nigerians in a season of drastic setbacks and constant government mishaps. It is said that when you provide a solution to people’s predicament, you can exploit the situation for your own gain. But., is Finesse generally a good song? Let’s dig into every aspect of the song in this review.

Pheelz already established himself as an extraordinary music producer in Nigeria and one who is not expected to fall short, especially on a track of his own. He already knows what the music industry is yearning for at the moment so creating the type of instrumental that’ll easily suit the moment is nothing near a grave task for the mastermind. I must also add that the initial buzz may have contributed to blinding our judgment too, considering any lack of attention to missing vibes and whatnot. Disappointingly though, Pheelz did not produce the track Finesse, Miichkel did. He’s is quite a new name or perhaps just doing something major in the music scene. But as far as what the song was meant to achieve “keeping up with the cruise”, the beat ultimately might be of no major concern. But does it meet up? judging from my excuse, it’ll get a pass.

Concept of the song, Finesse

From the popular cut “Folake for the night o, Ah finesse, if I broke na my business”, one cannot help but wonder., to what end? First off, let’s throw away any consideration towards this song being any bit inspiring. We have dealt with a couple of “wayward songs” so to speak in the past, gaining wide acceptance and momentum but at the end of the day, the artiste(s) in question were only considering their own pocket and nothing more. I want to call this one a stress reliever but I cannot seem to easily lie to myself or convince myself to see the real intent of this song. The song is self-explanatory and for readers who are not conversant with the Nigerian pidgin English with the mix of Yoruba in the song, the best part of the song which is the famous cut trending on TikTok and social media goes thus. Check the translation below.

if I broke na my business

Folake for the night o”

TRANSLATION: I’ll have Folake over for the night, ah, finesse, if I go broke, that’s my business, we will light up so bad, it’ll become bright.

Yeah, we get the point but if the concept is justifiable in terms of positivity and promoting morals, I just don’t know. Let’s leave it at cruise, cruise, and cruise, but hey kids, do not practice these things without adult supervision. Lol

Is Buju the perfect Feature for Finesse?

Oh Yeah, Buju is the only featured artiste on the track Finesse and I must say this type of song has not been the type to really project Buju’s creativity and melody. The laid-back feel of the song remained intact with the choice of feature, the song kept going one way, with no switch-ups whatsoever, which is maybe cool at the end of the day. We cannot place our hands on the reason why Buju was the choice for this feature, is it that he was the closest celebrity to reach and Pheelz was looking to minimize funds or it was part of the plan all along? If I know these producers very well, they really do take the advantage of the nearest celebrities available. Heck you just might be visiting his studio and he’ll go “my man I get one song I for like make you vibe on oh”, hence you’d hardly get a feel of a coordinated., well-written verse whenever most of these so-called producers are getting celebs on their tracks. I am trying to say these celebs most of the time perform below average whenever they’re featured on a producer’s track in this part of the world except when it is a full-time project like an album or something. So was Buju the perfect feature? It is clearly a No from my desk. Thank heavens for his ability to bring in some good vibe, it would’ve been a total disaster. But hey, the track was not meant to be taken all that seriously at the end of the day so…

Hold up, we should not be talking about this. This song begins and ends in the hook.

Generally, it is a great feel-good song but that is just that. No extra effort was put into making this song have a little touch of “evergreen”. This is the type of song you put a time limit on and after that it is gone and gone for life.

Let’s go over our ratings:

Previous post Peruzzi, Finally Responds To The Claim That Davido’s Son Is His