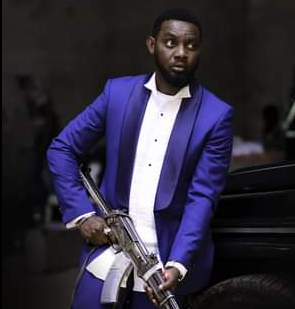 AY Is A Thief, He Is Shining with Your Tweet

The post “Nothing is free in this country, even to receive slap you must leave your seat” that trended recently credited to the Ayo Makun otherwise understood as AY media handles was allegedly first published by a Twitter user identified as @skillzbyTimi at about 7:46 am on Friday, 18th of March but AY allegedly came across the post after about 5hrs, copied, lifted it from the originator’s timeline without credit nor authorization and later posted it at exactly 12:39 pm of the exact day which later earned huge trend due to his large fan base.

Immediately after this discovery surfaced, a lot of internet users have taken to their various media handles to call out, lambast, and drag the showbiz expert for alleged theft, and plagiarism, among many other related offenses.
Recall that the said post was inspired by the thunderous slap Bianca Ojukwu, wife of an Igbo legend gave to Ebere Obiano, wife of the immediate past governor of Anambra State during the inauguration ceremony of the recent governor, Charles Soludo.

“Celebrity issue, that’s how they do”, a media user reacted.
“They steal from young smart ones to enhance themselves”, another internet user said.

Nothing is free in this country, even to receive slap you must leave your seat to collect😌😌

Nothing is easy in Nigeria again. Even to receive a slap, you will still leave your seat to go and get it.