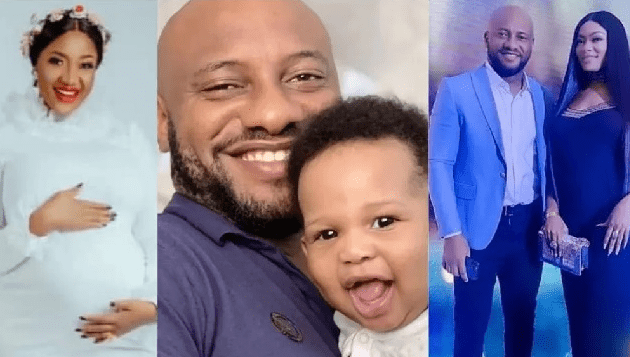 A lot has been going on on Twitter recently,

Yul Edochie has been a topic for everyone which made everyone has their own opinions,

many of his colleagues also have taken of it,

some believe polygamous is normal in Africa while some say it’s a men’s thing,

Too many opinions from both guilty and innocent ones,

he said: “Polygamy Is Dangerous, It’s A Huge Issue That Ends Up Destroying An Entire Generation With The Hate, Competition & Jealousy That Comes With It,

said, In my personal opinion, I don’t think Polygamy is a sin.”

He added that polygamy was only forbidden for “Bishops, overseers, and seniors in the church -1 Timothy 3:2.

But very controversial social media influencer, Daniel Regha also has his own take, he stated that

If Yul Edochie’s wife was the one who had a baby with another man, Nigerians will drag her to filth & cancel her, but Yul is getting away with his act cos he’s a man; The double standards practiced in today’s society are beyond disgusting. Men practically get away with everything.

charles idio
@captaincops
Replying to
@DanielRegha
U people are not asking one particular question.. what this man having peace in his house… How was the wife behaving with him at home.. see, men don’t just go out and start a new family.. na something dey lead to another and moreover men don’t talk like women.. we hv patience
Arike
@prettydebbie10
Replying to
@DanielRegha
I’ve observed dat most times when men say they want a calm woman, it’s not because they want to return d favor ,it’s cos they want someone who’ll take their excesses ,their rubbish and nonsense, they want someone who won’t talk or complain about their indiscretions most times..
Elaigwu Odaliko
@Odaliko01
Replying to
@DanielRegha
Sometime is good to tweet with sense and logic not just with emotions! Are ladies allowed to marry more than one husband in your Tradition? Even in the Bible, King Solomon married 1k wavies, Not a single of them got married to another man. Nothing like double standards here Mr.
Ijeoma Esther Nnamdi
@iamesthernnamdi
Replying to
@DanielRegha
But yul Edochie signed fidelity and monogamy with a woman and SUDDENLY shoved polygamy down her throat after over 16yrs in Marriage. This is the height of inconsideration and intentional hurt most women suffer in marriages.
𝐑𝐢𝐭𝐚
@LaadiiSZN
Replying to
@DanielRegha
If a man wants polygamy, these things should be agreed upon before marrying the first woman. She should be open to it first, don’t get married to woman and down the line, you’re preaching polygamy and expecting her to embrace your selfish desires.
Sunshine_trading_platform
@Sundaygiwa38
Replying to
@DanielRegha
Dont blame men’s for anything nah woman dey do demself some ladies don’t care if you are married or not as far you are Rich they wont hesitate to date you and be telling you your wife won’t know anything if ladies can stop accepting proposal from married mens and no matter how now I will be fine but in today’s society there is a saying that as far you are Rich and driving expensive ride you can fuck as many you want and any standard of lady you want it ladies that causes it all because you want to live extravagant lifestyle and do what your friends,
On¥€ani
@Onye_Ani
Replying to
@Onye_Ani

@DanielRegha
Abraham, Jacob, and many Godly men were polygamists, and it was a regular way of life in Scripture amongst everyday people. For instance, Samuel’s father, Elkanah, was a polygamist-1 Samuel 1:2.

Next post Burna Boy; The Journey In NY Has Been A Blessing