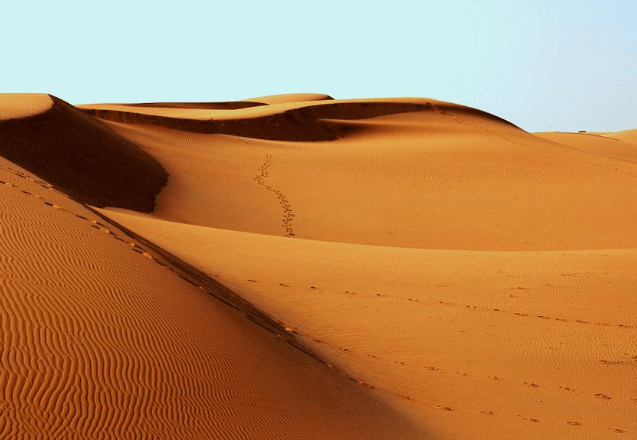 In the years before Europeans came to Africa, many powerful empires and kingdoms ruled over large areas of the continent. Their rulers ruled over majestic courts where music, art, and dance flourished. Merchants traded salt, gold, and other commodities with other nations. The final of the great African kingdoms was wiped out during the colonial period. Certain kingdoms remain in the continent of today.

The first kingdom in Africa was ancient Egypt. It was also among the first civilizations of history. The kingdom was founded around 3000 BC at the time was the Nile River. Its achievements by the early Egyptians are amazing. They lived under a stable administration. They built impressive temples, and pyramids, along with other stones. Most crucially they created the writing system.

The south of old Egypt was the area known as Nubia. Egypt had a monopoly over Nubia for several years. Around 800 BCE however, the inhabitants of southern Nubia established their own powerful kingdom. The kingdom, known as Kush was conquered by Egypt in the 715th year BCE. The Kush Kingdom was in existence until approximately 350 CE, at which point it was attacked by a different kingdom known as Aksum. Aksum was a prosperous trading power in northern Africa up to around 600.

Many of the most famous empires and kingdoms of west Africa were situated within Sudan. The region is situated between the Sahara in the northern part and the forests to the south. Ancient Ghana was a thriving trading empire that spanned what is today Mali as well as Mauritania. The empire was led by the Soninke people, Ghana was at its peak from the time of the 600s until the 1200s. In the years after Ghana fell in the 1200s, the Mali empire expanded. Mali was a state that traded belonging to the Malinke people. Malinke people. It reached its peak in the time of Emperor Musa in the early 1300s.

In the 1400s, Mali changed to the Songhai empire. The empire was centered around the area that is now central Mali and, by war, it expanded its power into the west and east. Songhai became wealthy through trading salt and gold. East of Songhai the Kanem-Bornu Empire was in charge of trade within Lake Chad from the 800s through the 1800s.

The south-facing area which is now Nigeria was the home of numerous kingdoms in the early times. The Yoruba people established an entire kingdom that was centered around the city of Ife. In the 1600s Oyo became a kingdom. Oyo was transformed into the largest of Yoruba kingdoms. The southwestern part of Ife was Benin which was a kingdom belonging to Benin, a kingdom of the Edo people. The 1700s and 1800s were the time of the Edo people. the Ashanti kingdom ruled what is today southern Ghana while the Dahomey kingdom ruled the region that is now southern Benin. Both of these kingdoms were made wealthy through slavery.

There was a time when the Luba as well as the Lunda peoples founded an alliance of states that lie in Central Africa. This land is now part of the southwestern Democratic Republic of the Congo as well as the northeastern part of Angola. The Luba-Lunda state prospered between the late 1400s to the latter part of the 1800s. They traded ivory and slaves with Portuguese Portuguese to exchange goods like cloth and other items.

Two kingdoms that were powerful in the Lake Victoria area were Buganda and Rwanda. Buganda was established around 1300 in the area that is now Uganda. In the 1800s, it had grown to become the largest Kingdom in Africa. The Tutsi people established their kingdom in Rwanda around 1500. The kingdom was steadily growing up to the time of Europeans in the 1800s.

The ruins of the stone City in Great Zimbabwe, in the country of Zimbabwe, are a reminder of a former trading empire that ruled southern Africa. This Great Zimbabwe empire lasted from approximately 1100 to 1500. It became rich through trading gold. Following the decline of Great Zimbabwe declined, the Torwa kingdom emerged to the southwest, while the Matapa empire grew towards the northern region. In the north, both Torwa, as well as the Matapa rulers, maintained the gold trade.

There were several kingdoms established in southern Africa during the 1800s. The most powerful is the Zulu kingdom, which was founded by Shaka. The other kingdoms were those of the Swazi kingdom (led by Sobhuza) as well as Sobhuza’s kingdom, the Sotho kingdom (led by Moshoeshoe) as well as the Ndebele kingdom (led by Mzilikazi). It is believed that the Swazi kingdom has become the nation of Eswatini (formerly Swaziland). It is also known as the Sotho Kingdom and is currently part of Lesotho. The two kingdoms of Eswatini and Lesotho remain kingdoms to this day.

The area around present-day Mali was the home of a hugely wealthy series of West African empires that flourished over the course of more than 800 years. The Ghana Empire lasted from AD 700 to 1000 and was followed by the Mali Empire (around AD 1250 to 1500), which once stretched all the way from the coast of Senegal to Niger. The Songhai Empire (AD 1000–1591) was the last of these little-known, trade-based empires, which at times covered areas larger than Western Europe, and whose wealth was founded on the mining of gold and salt from Saharan mines. Camels carried these natural resources across the desert to cities in North Africa and the Middle East, returning laden with manufactured goods and producing a huge surplus of wealth. One Malian emperor was said to possess a nugget of gold so large you could tether a horse to it! Organized systems of government and Islamic centers of scholarship – the most famous of which was Timbuktu – flourished in the kingdoms of West Africa, but conversely, it was Islam that led to their downfall when the forces of Morocco invaded in 1591.

While the West African kings were trading their way to fame and fortune, a similar process was occurring on Africa’s east coast. As early as the 7th century AD, the coastal areas of modern-day Tanzania, Kenya, and Mozambique were home to a chain of vibrant, well-organized city-states, whose inhabitants lived in stone houses, wore fine silks, and decorated their gravestones with fine ceramics and glass.

Merchants from as far afield as China and India arrived on the East African coast in their magnificent, wooden sailing boats, then set off again with their holds groaning with trade goods, spices, slaves, and exotic beasts. The rulers of these city-states were the Swahili sultans – kings and queens who kept a hold on their domains via their control over magical objects and knowledge of secret religious ceremonies. The Swahili sultans were eventually defeated by Portuguese and Omani conquerors, but the rich cultural melting pot they presided over gave rise to the Swahili language, a fusion of African, Arabic and Portuguese words that still thrives in the present day. The Omani sultans who replaced the Swahili rulers made the fabled island of Zanzibar their headquarters, building beautiful palaces and bathhouses and cementing the hold of Islamic culture on the East African coast.