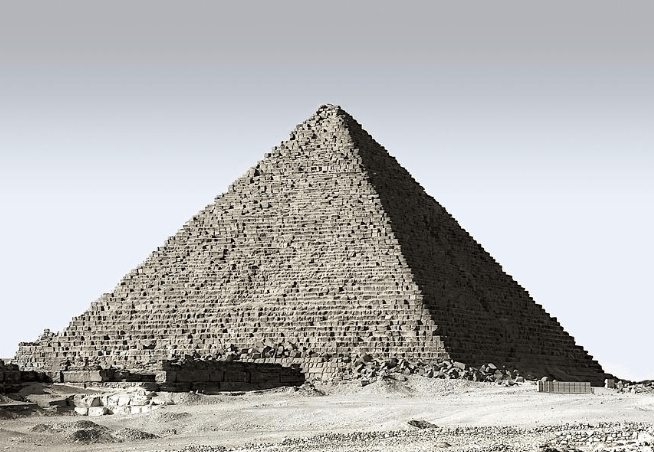 Victorian missionaries liked to think they were bringing the beacon of ‘civilisation’ to the ‘savages’ of Africa, but the truth is that Africans were developing commercial empires and complex urban societies while Europeans were still running after wildlife with clubs. Many of these civilisations were small and short-lived, but others were truly great, with influence that reached far beyond Africa and into Asia and Europe.

Arguably the greatest of the African empires was the first: Ancient Egypt. Formed through an amalgamation of already organised states in the Nile Delta around 3100 BC, it achieved an amazing degree of cultural and social sophistication. Sophisticated food-production techniques from the Sahara combined with influences from the Middle East to form a society in which the Pharaohs, a race of kings imbued with the power of gods, sat at the top of a highly stratified social hierarchy. The annual flooding of the Nile kept the lands of the Pharaohs fertile and fed their legions of slaves and artisans, who in turn worked to produce some of the most amazing public buildings ever constructed. Many of these, like the Pyramids of Giza, are still standing today. During the good times, which lasted nearly 3000 years, Egyptians discovered the principals of mathematics and astronomy, invented a written language and mined gold. Ancient Egypt was eventually overrun by the Nubian Empire, then by the Assyrians, Persians, Alexander the Great and finally the Romans. The Nubians retained control of a great swathe of the Lower Nile Valley, despite getting a spanking from the Ethiopian empire of Aksum around AD 500.

Established in Tunisia by a mysterious race of seafaring people called the Phoenicians (little is known about their origins, but they probably hailed from Tyre in modern-day Lebanon), the city-state of Carthage filled the power gap left by the fading empire of Ancient Egypt. By the 6th century BC, Carthage controlled much of the local sea trade, their ships sailing to and from the Mediterranean ports laden with cargos of dye, cedar wood and precious metals. Back on land, scholars were busy inventing the Phoenician alphabet, from which Greek, Hebrew and Latin letters are all thought to derive. All this came to an abrupt end with the arrival of the Romans, who razed Carthage to the ground (despite the best efforts of the mighty warrior Hannibal, Carthage’s most celebrated son) and enslaved its population in 146 BC. A host of foreign armies swept across North Africa in the succeeding centuries, but it was the Arabs who had a lasting impact, introducing Islam around AD 670.

The Kingdom of Sheba

Aksum was the first truly African indigenous state – no conquerors from elsewhere arrived to start this legendary kingdom, which controlled much of Sudan and southern Arabia at the height of its powers. Aksum’s heart was the hilly, fertile landscape of northern Ethiopia, a cool, green place that contrasts sharply with the hot, dry shores of the Red Sea just a few hundred kilometres away. The Aksumites traded with Egypt, the eastern Mediterranean and Arabia, developed a written language, produced gold coins and built imposing stone buildings. In the third century AD, the Aksumite king converted to Christianity, founding the Ethiopian Orthodox church. Legend has it that Ethiopia was the home of the fabled Queen of Sheba and the last resting place of the mysterious Ark of the Covenant. Aksum also captured the imagination of medieval Europeans, who told tales of a legendary Christian king named ‘Prester John’ who ruled over a race of white people deep in darkest Africa.