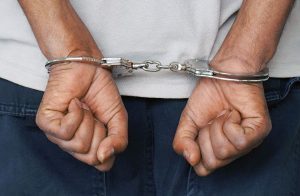 It was gathered that the victim and her boyfriend were drugged by the suspects who ordered rounds of alcohol for them at a bar.
Two men have been arrested for drugging a first-year Kenyan university student and gang-raping her inside a hotel room was on Thursday morning.

The victim was rescued by detectives drawn from the Directorate of Criminal Investigations (DCI).

DCI Chief, George Kinoti said Biron Orwa, 25 and Samwel Mulama, 22, were caught in the act and the lady was found intoxicated and only lying helplessly at Diani Apartments in Kwa Vonza market Kitui County.

It was gathered that the victim and her boyfriend were drugged by the suspects who ordered rounds of alcohol for them at a bar known as Monte Christo.

“Detectives have established that the first-year student had walked into the bar earlier in the day accompanied by her boyfriend and the two suspects. Her boyfriend is known to the suspects.

“Orwa and Mulama then seized the opportunity and dragged the victim to the room where they inhumanly raped her in turns.”

The police reportedly got a tip-off from members of the public, were told that the two men were spotted dragging the lady into a room as she was so drunk and could not support herself.

The officers then stormed the room and found one of the suspects in the act with the lady who could not ascertain what was taking place. The other suspect was cornered at the same bar where he had gone to pick belongings of the girl which include her shoes and part of her clothes.

The victim is currently receiving treatment at Kitui General hospital and it is expected that the two suspects who also underwent medical examination will be arraigned on Friday, July 30.