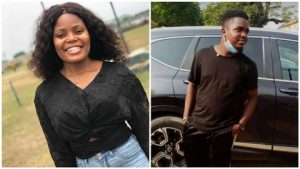 He had promised to offer her a job at a farm in Uyo.
Uduak who was arraigned before a State High Court judge in Uyo on Monday pleaded guilty.
The suspect who was arraigned alongside his father, however, pleaded not guilty to the charge of rape.

Next post Man Kills Brother, Hurt Mom For Not Following The Bible.