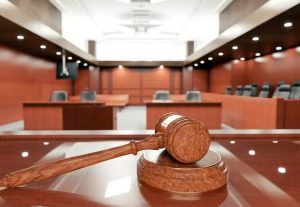 The four persons are alleged to have abducted a victim on 14 April 2020 in Etche local government area of Rivers State.

Four persons have been remanded at a correctional centre by a magistrate court in Port Harcourt  on a three-count charge of conspiracy, child trafficking and abduction.

The four persons are alleged to have abducted and trafficked one Precious Irechukwu on 14 April 2020 in Etche local government area of Rivers State.

They were alleged to have sold the baby to the duo of Chinyere and Chioma for N500,000.

The offence is punishable under the criminal code law of Rivers State and the Child Rights act of the federation.

Chief Magistrate Rita Oguguo ordered the remand of the suspects at the correctional facility after the prosecution counsel opposed the bail application of the defence counsel.

The matter has been adjourned till the 17th of November, 2021 for hearing.

Previous post ‘I Am Afraid Of My Wife Falling In Love And Another Man Taking My Properties When I Die” Man laments..