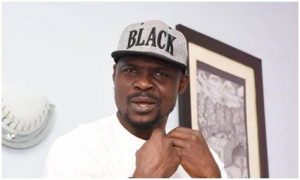 It was gathered that Justice Oluwatoyin Taiwo adjourned the matter till tomorrow after the counsel for comedienne, Adekola Adekanya, also known as Princess, played primary evidence against the embattled actor.

Princess told the judge how she met Baba Ijesha and how the actor allegedly sexually assaulted the minor.

According to Princess, she met Baba Ijesha in 2008 at an event and the two decided to start making comedy skits together.

The comedienne also claimed Ijesha wooed her in the process of their work relationship but she rejected his proposal.

Princess said she got close to the actor afterwards, especially after her marriage crashed around 2013.

The comedienne claimed she invested in Baba Ijesha’s education and the actor visited her at home thereafter.

She claimed the actor had visited her at her residence on the day he was caught allegedly sexually assaulting her foster daughter.

Baba Ijesha was yet to speak when the case was adjourned and slated to resume tomorrow after examination of the primary evidence.