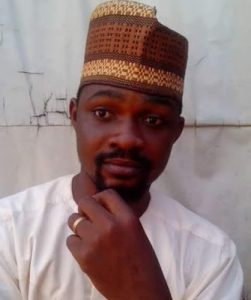 A cleric and his father have exhumed the body of a childhood friend for ritual purposes in Kwara, Ilorin.

The cleric identified as Olaitan Folorunsho Abdulwahab and his father Suleiman Babatunde Olaitan exhumed the body of his childhood friend, Suleiman Saka on Tuesday, August 1st 2017, seven days after his death.

The deceased had accompanied the cleric on an outing and had complained about stomach trouble when he returned. Saka died in the hospital the next day and was buried that same day in respect of the Islamic rite.

One Alhaji Aliyu Baba Alapa of Onilu compound had alerted the police at the ‘G’ division police station.

He revealed that the grave of his son Suleiman Saka had been tampered with and his body was exhumed.

The smell of the body in the house where it was kept drove residents in the area to perform a search and they discovered a human head, two hands and two legs in a plastic bucket hidden in the roof of the house.

The accused confessed that he conspired with other defendants who are still on the run to carry out the dire act.

Since the arrest of the defendants in 2018 they have been in police custody.

Previous post Man Who Stole Diapers Gets Bail Of N2m