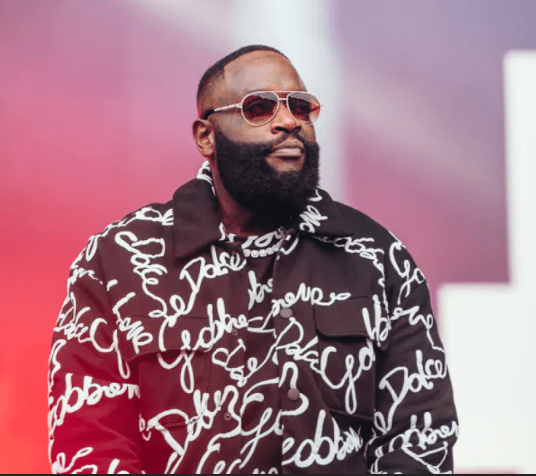 Sometimes last year or so, MI tweeted at Rick Ross asking for a feature and asked his fans to retweet for Rozzay to see. There were backlashes but my favorite chested it and didn’t mind. Rozzay never replied to that tweet, I stand to be corrected though.

Fast forward to 2022, the afrobeat community invited this same guy to Nigeria and you got an invite to meet him but you rejected it because they declined your request to meet him one on one. I mean, how do you get a chance to be on the table for the culture and you reject it? How? If you want a one-on-one with him, why not contact his management and strike a deal? Hian!

For the second screenshot…
All rappers do is complain every freaking time. The stakeholders and record labels in the industry have shown you times without number that they do not give a fvck about rappers and you still expect some kind of magic? What is the rap community doing? Do they even have a community? Why are rappers not coming together and hosting big rap events? Campus tours? Projects? Asides from Choc City which is almost in a coma now, do we have another record label pushing rappers? Where is loopy music? Where is 100 crowns? YBNL? LRR? In fact, there is a 97% chance that if any of these record labels owned/managed by top rappers signs you, you will switch to afrobeat. Tomorrow they will come and say hip-hop is dead

Also, the afrobeat community is aggressively marketing their products but rappers are forming bosses in one corner, complaining and blaming the listeners for not promoting rap. Open your TikTok app and see the massive promo they are doing for afrobeat.
Asides from the push, are y’all even doing the rap in a relatable way? You can do your thing in a way that is relatable to an average Nigerian without being less intellectual. Ripple effect by Dark Poet ft MI & Falz is one of the best conscious Nigerian rap music I have listened to and it’s so relatable.

Falz’ moral instruction album is a solid rap project that is full of intellectual content and still completely relatable. I am not telling you to rap in pidgin or your dialect but there are ways to relate to your immediate audience. MI, Vector, SDC, and co have been rapping in English and most of their rap songs are very easy for an average Nigerian to vibe to but you, Lyrical werey will be there rapping about guns, bltches, drugs, and you expect Sikiru from isale eko to vibe abi Shalewa that was just served breakfast to relate?
I think the rappers and the rap community in general needs to do more. This is not about who raps better, it’s about a collective effort to push the genre forward. Naija music industry na anywhere belle face, they will soon dump afrobeats for whatever genre that is banging. They can be easily swayed. When Choc boiz were popping, rappers were getting features anyhow remember…
Written by Olu Kriz

Next post Earlier Generation is Better Than This Woke One!