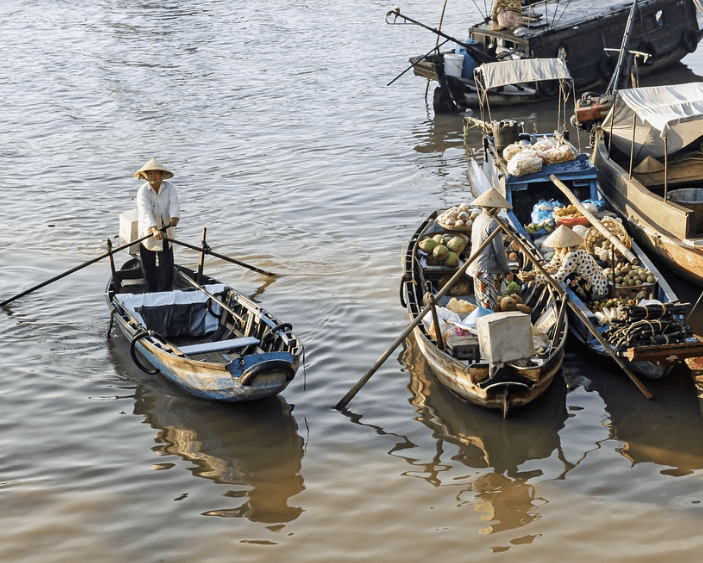 How to Know if Your Country is For Sell

18th of August 2022, 155 years ago, Alaska was transferred to the United States, it was earlier a part of Russia, The United States bought Alaska for 7.2 Billion Dollars only. And this wasn’t a one-off deal in recent history. Here are details of more such interesting buys. All of them seem unimaginable in today’s context.

Did you know Mumbai or a while ago “Bombay” was once given away in Dowry, happened in 1661,
Singapore was sold for 5,000 Spanish Dollars, China had leased Hung Kong to the British for 99years. The states of California, Nevada, Arizona, and Utah never belonged to America. Spain sold the Philipines to America for $20million. Can you imagine deals like these being struck today? Can you imagine your country being sold to another country or a part of your country being traded for money or gold?

The very idea can trigger a political hurricane. And yet there are countries that give away lands without a fight. India is said to have ceded 38,000 sq mms in the Union Territory of Ladakh to China in the last 70 years and if any gains were made, they have not been reported.

The History Behind The Sale of Alaska

Let’s get to what happened in Alaska, it was sold to the United States for $7.2Million, the amount is equivalent to approximately $125 Million today, that’s how much a vintage Van Goah Painting costs. I am referring to the Portrait of the artiste without a beard. An Airbus A320 NEO costs around $111million. That’s the price tag for approximately 28 commercial wind turbines. $128million dollars is what Dwayne Johnson, Vin Diesel, and Adam Sandler’s earn annually combined. And the US bought 370million Acres of foreign territory with that money. That’s 2cents an acre. Alaska is twice the size of Sweden, it has almost two-thirds of all the national parklands in the US. Alaska’s shoreline is longer than the whole Atlantic coast. It has two time zones, Alaska has over three thousand rivers, three million lakes, a hundred thousand glaciers, and more than a hundred volcanoes. Alaska is one of the richest states of the United States., it is the largest by area and also the second-largest producer of crude oil in the US. Alaska produces an average of 470,555 Barrels of crude averagely every day. It is rich in copper, timber, zing, gold, lead, fish, and fur. Alaska is so rich that it does not have seals or income tasks., instead, Alaska gives every resident an annual stipend.

Did Russia know about Alaska’s Potential?

And why did Russia sell Alaska at all?

The man who ceded Alaska was known as Sir. Alexander the Second of Russia. To understand why he sold Alaska, we must look at some history. The Russians colonized Alaska in 1784, maintaining a territory so far from the mainland was not easy, communicating was a problem so was transportation and around the 1800s, Russia began questioning the profitability of this colony. Britain too was eyeing Alaska, Russia was bankrupt after its war with Crimea. Defending Alaska or even maintaining it became a problem, so starting in the 1850s, Russia began trying to dispose of Alaska. It offered the land to the United States on many occasions but the US did not have the time for that discussion. Talks were further postponed when the American civil war broke out in 1861 but Russia was in debt, it needed money so it decided to sell Alaska for just $7.2million. The treaty of cession was signed on the 30th of March 1867. The signatories were Secretary of State William H. Seward and Eduard De Steockl of Russia. The Alaska treaty of 1867 marked the end of Russia’s expansion to North America. For America, it meant opportunity, one that it has no clue about. For the longest time, Alaska was called Seward’s Folly. The popular thought in America was that the land was good for nothing and it had nothing to offer. Then gold was discovered in the 1890s, oil was discovered in 1968 and the rest as they say is history.

Is This The Only Such Land Sale to Another Country? Far from it. You may have heard of Gwada, Pakistan, the port that is practically owned by China now. It is on Pakistani land but it did not always belong to Pakistan, it was an oversea territory between Muscat and Oman. Pakistan bought it for $3million. This was back in 1958, Muscat needed money and Pakistan had its eyes on the strategic location of Gwada. Today the city houses a deep water port controlled by China, little did Pakistan know that its Gwada deal will go on to profit the Chinese. Another set of Islands China is eyeing is controlled by Japan, the Senkaku Islands. They are claimed by three countries, China,

Japan, and Taiwan. Tokyo bought the Senkaku Islands in 2012, it paid 2.1Billion Yen to one family, the Kuliharas. Today that will be around $23.6million. The deal was a game-changer in the East China Sea, the Senkaku Islands sit in key shipping lanes, and they also lie close to gas deposits. Here is another set of Islands that have passed hands, the Virgin Islands, they were once called the Danish West Indies, as you may have guessed, Denmark owned them. The US wanted these Islands as national security assets, lucky for Washington the island was turning out to be too expensive for Denmark to maintain. So the Islands of St Thomas, St John, and St Croix were sold to the US. The year was 1917 and the transfer amount was a 25million in gold. 29years later the US made another offer to Denmark, it offered $100million for Greenland in 1946, but the Danish government refused.

Greenland became an autonomous region in 1979 but its unwillingness to be owned by the US remained unchanged. In 2019 when US President Donald Trump expressed his wish to buy this land, he was told it is not for sale. For Trump, Greenland would have been the real estate deal of the century. But the real deal of the century was struck somewhere in the Pacific by the former president of Kirabarty, Anote Tong. He bought land from Fiji to save his people in case his country submerges because of climate change, this was in 2014. Kiribati paid $8.77million to Fiji, this was an exchange for 20sq kilometers of land on Vanua Levu and it goes down in history as perhaps the only such deal driven by need and not greed.