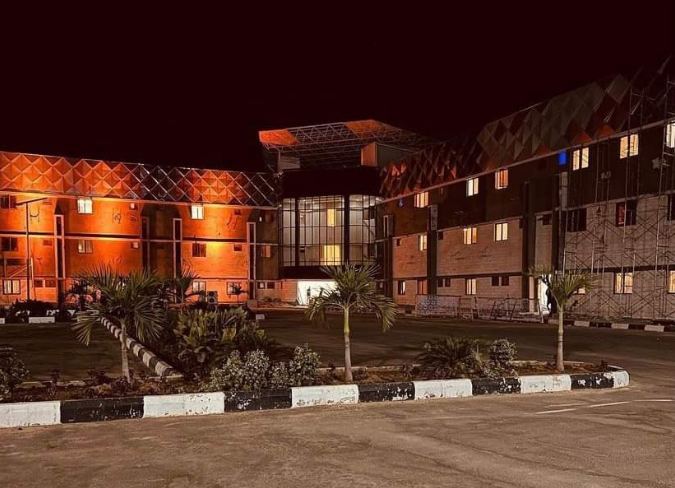 Judaism is comprised of the collective religious, cultural, and legal traditions and civilizations of the Jewish people. Judaism is considered by religious Jews to be the expression of the covenant that God established with the Israelites, their ancestors. It encompasses a wide body of texts, practices, theological positions, and forms of organization.

According to the Hebrew Bible, the United Monarchy was established under Saul and continued under King David and Solomon with its capital in Jerusalem. After Solomon’s reign, the nation split into two kingdoms, the Kingdom of Israel (in the north) and the Kingdom of Judah (in the south).

Following the destruction of Jerusalem and the expulsion of the Jews, Jewish worship stopped being centrally organized around the Temple, prayer took the place of sacrifice, worship was rebuilt around the community (represented by a minimum of ten adult men), and the establishment of the authority of rabbis who acted as teachers and leaders of individual communities.

Judaism has a followership of over 15million loyal.

Spiritism, a branch of Spiritualism, is a religious and philosophical doctrine established in France in the 1850s by the French teacher, educational writer, and translator Hippolyte Léon Denizard Rivail, who, under the pen name Allan Kardec, wrote books on “the nature, origin, and destiny of spirits, and their relation with the corporeal world”.

Kardec’s works are known as the result of the study of mediumistic phenomena, which he of the time initially believed to be fraudulent. By questioning several mediums in trance on a variety of matters, he compiled, compared, and synthesized the answers obtained from spirits into a body of knowledge known as codification. It speaks of the constant need to investigate the world around us (science), make sense of our findings (philosophy), and apply them to our day-to-day living to improve ourselves and the world around us (religion). This approach is often referred to as the triple-aspect of Spiritism: the conjoining of Science, Philosophy, and Religion.

Spiritism has a followership of 15 million.

SEE ALSO: “Jesus Not Coming Back By The Looks Of It” Admits Vatican

Taoism is a philosophical and spiritual tradition of Chinese origin that emphasizes living in harmony with the natural order of the universe. In Taoism, the Tao is the source, pattern, and substance of everything that exists. Taoism teaches about the various disciplines for achieving “perfection” by becoming one with the unplanned rhythms of the all, called “the way” or “Tao”. Taoist ethics vary depending on the particular school, but in general tend to emphasize wu Wei (action without intention), “naturalness”, simplicity, spontaneity, and the Three Treasures:

The roots of Taoism go back at least to the 4th century BCE. Early Taoism drew its cosmological notions from the School of Yinyang (Naturalists) and was deeply influenced by one of the oldest texts of Chinese culture, the I Ching, which expounds on a philosophical system about how to keep human behavior by the alternating cycles of nature.

Beliefs: Taoism tends to emphasize various themes of the Tao Te Ching and Zhuangzi, such as naturalness, spontaneity, simplicity, detachment from desires, and most important of all, Wu Wei. However, the concepts of those keystone texts cannot be equated with Taoism as a whole.

The number of followers of this religion has been inconsistent but has been estimated to be anywhere around 50 million to 180million.

Shinto is a religion that originated in Japan. It is classified as an East Asian religion by scholars of religion, its practitioners often regard it as Japan’s indigenous religion and as a nature religion.

Although historians debate at what point it is suitable to refer to Shinto as a distinct religion, it has been traced back to Japan’s Yayoi period (300 BC to AD 300). Buddhism entered Japan at the end of the Kofun period (AD 300 to 538) and spread rapidly

Scholars sometimes call its practitioners Shintoists, although adherents rarely use that term themselves. There is no central authority in control of Shinto and much diversity exists among practitioners.

Today, the religion has over 100 million followers.

Public spaces in which the kami are worshipped are often known under the generic term jinja (“kami-place”); this term applies to the location rather than to a specific building.

Shinto tends to focus on ritual behavior rather than doctrine. This means that the believers are more practical than superstitious, they believe in doing things for human wellbeing rather than believing in them. It is also believed that “Shinto-based orientations and values lie at the core of Japanese culture, society, and character”

In religious studies and folkloristics, folk religion, popular religion, or vernacular religion comprises various forms and expressions of religion that are distinct from the official doctrines and practices of organized religion. The precise definition of folk religion varies among scholars. Sometimes also termed popular belief, it consists of ethnic or regional religious customs under the umbrella of a religion, but outside official doctrine and practices.

The term “folk religion” is generally held to encompass two related but separate subjects. The first is the religious dimension of folk culture or the folk-cultural dimensions of religion. The second refers to the study of syncretisms between two cultures with different stages of formal expressions, such as the melange of African folk beliefs and Roman Catholicism that led to the development of Vodun and Santería, and similar mixtures of formal religions with folk cultures.

The estimated followership is 400 million.

Sikhism is an Indian religion that originated in the Punjab region of the Indian subcontinent around the end of the 15th century CE. It is among the most recently founded major organized faiths and stands as the fifth-largest worldwide with about 25–30 million adherents (known as Sikhs) as of the early 21st century.
Sikhism is said to have developed from the spiritual teachings of Guru Nanak (1469–1539), the faith’s first guru, of the nine Sikh gurus who succeeded him. The tenth guru, Gobind Singh (1666–1708), named the Sikh scripture Guru Granth Sahib as his successor, bringing to a close the line of human gurus and establishing the scripture as the 11th and last eternally living guru, a religious spiritual/life guide for Sikhs. Guru Nanak taught that living an “active, creative, and practical life” of “truthfulness, fidelity, self-control, and purity” is above metaphysical truth and that the ideal man “establishes union with God, knows His Will, and carries out that Will”. Guru Hargobind, the sixth Sikh Guru (1606–1644), established the concept of mutual co-existence of the Miri (‘political’/’temporal’) and Piri (‘spiritual’) realms.

Sikhism advocates the belief in One God and is signified by the term Ik Onkar.

Buddhism is a widespread Asian religion or philosophical tradition based on a series of original teachings attributed to Gautama Buddha. It originated in ancient India as a Sramana tradition in the 6th and 5th centuries BCE, spreading through much of Asia. It is the world’s fourth-largest religion with over 520 million followers, or over 7% of the global population, known as Buddhists. Buddhism encompasses a variety of traditions, teachings, beliefs, and spiritual practices largely based on the Buddha’s teachings (born Siddhārtha Gautama in the 6th century BCE) and resulting interpreted philosophies.

The goal of Buddhism is to overcome suffering caused by desire and ignorance of reality’s true nature, including impermanence (anicca) and the non-existence of the self (anattā). Most Buddhist traditions emphasize transcending the individual self through the attainment of Nirvana or by following the path of Buddhahood, ending the cycle of death and rebirth. Buddhist schools vary in their interpretation of the path to liberation, the relative importance and canonicity assigned to the various Buddhist texts, and their specific teachings and practices.

The estimated followership is 500 million

Hinduism is an Indian religion and dharma, or way of life. It is the world’s third-largest religion, with over 1.2 billion followers, or 15–16% of the global population, known as Hindus. The word Hindu is an exonym, and while Hinduism has been called the oldest religion in the world, many practitioners refer to their religion as Sanātana Dharma ”the Eternal Dharma”), which refers to the idea that its origins lie beyond human history, as revealed in the Hindu texts. Another, though less fitting, self-designation is Vaidika dharma, the ‘dharma related to the Vedas.

Islam is an Abrahamic monotheistic religion teaching that Muhammad is a messenger of God. It is the world’s second-largest religion with 1.9 billion followers or 24.9% of the world’s population, known as Muslims. Islam teaches that God is merciful, all-powerful, and unique, and has guided humanity through prophets, revealed scriptures, and natural signs. The primary scriptures of Islam are the Quran, believed to be the verbatim word of God, as well as the teachings and practices (sunnah), in traditional accounts (hadith) of Muhammad (c. 570 – 632 CE).

Muslims believe that Islam is the complete and universal version of a primordial faith that was revealed many times before through prophets such as Adam, Abraham, Moses, and Jesus.

Christianity is an Abrahamic, monotheistic religion based on the life and teachings of Jesus of Nazareth. It is the world’s largest religion, with about 2.5 billion followers. Its adherents, known as Christians, make up a majority of the population in 157 countries and territories and believe that Jesus is the Son of God, whose coming as the Messiah was prophesied in the Hebrew Bible (called the Old Testament in Christianity) and chronicled in the New Testament.

Christianity remains culturally diverse in its Western and Eastern branches, as well as in its doctrines concerning justification and the nature of salvation, ecclesiology, ordination, and Christology. The creeds of various Christian denominations generally hold in common Jesus as the Son of God—the Logos incarnated—who ministered, suffered, and died on a cross, but rose from the dead for the salvation of mankind; and is referred to as the gospel, meaning the “good news”. Describing Jesus’ life and teachings are the four canonical gospels of Matthew, Mark, Luke, and John, with the Old Testament as the gospel’s respected background.

Previous post How To Receive Money With Paypal In Nigeria