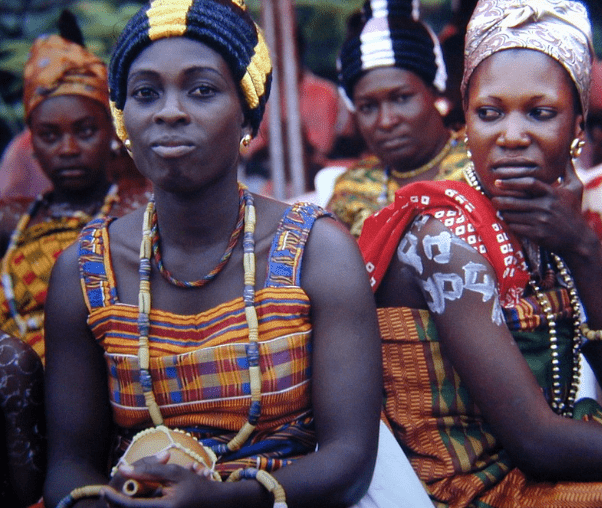 The Story Of The Ghana Must Go exodus, How Nigeria Deported Over Two Million illegal African Immigrants In 1983.

Did you know that Nigeria organized the largest, single and worst human exodus in the 20th century? This is the story..

There is virtually no Nigerian who has come of age today anywhere in the world who has not heard of ‘Ghana Must Go’. This can either be in reference to the famed and colorful bags many Nigerians come into contact with on a daily basis or the real Ghana Must Go phenomenon itself. But what truly happened? Why did fellow Africans turn on each other? Why did an angry Nigerian president issue an order of immediate deportation of over two million Africans from the world’s most populous black nation? This is a must-read…..

It started in the early days of 1983 when Shehu Shagari – president of Nigeria at the time Nigerian presidency at the time ordained to order the devastating expulsion of a number of citizens from the Economic Community of West African States (ECOWAS). A lot of them had come to Nigeria in the 1970s as economic migrants the 1970s with no formal immigration documents. Ghanaians who were skilled as well as immigrants were driven by an unsustainable economy within Ghana to take asylum in Nigeria and which was well-known as West Africa’s economic utopia of the time.

A country with high oil content, Nigeria had been enjoying the benefits of rising oil prices in the 1970s. The oil boom brought the growth of job opportunities, particularly in the construction and services sectors. The significant increase in employment opportunities in Nigeria and the similarities that exist between the Ghanaian as well as Nigerian administrative systems1 attracted Ghanaians and prompted them to move to Nigeria to seek better living conditions. When they moved to Nigeria in the early 1900s, Ghanaians were employed in a variety of sectors: as laborers traders as well as teachers, artisans as well as architects, lawyers, and doctors.2

The financial success that was enjoyed by Nigeria was however temporary due to oil prices dropping in 1982, and the socio-economic challenges that were affecting Nigeria. The nation’s population was experiencing hardships due to austerity measures implemented to stabilize the economy. The result was that urban employment dropped dramatically and food shortages were severe. The general consensus was that the influx of immigrants from neighboring West African countries instigated the degrading of social and economic circumstances in Nigeria.

But the game of blame was developed with the assistance of Nigerian officialdom who benefited from immigrants’ presence and then claimed it was the reason for the decline in economic performance in Nigeria. In the approaching presidential election in the month of August 1983, Nigerian leaders were determined to blame immigrants to hide other reasons for the country’s economic decline which included the poor management of oil revenues corruption, large amounts of short-term debt as well as”the Cement Armada scheme.

Immigrants were allowed two weeks be allowed to leave Nigeria in order to avoid being detained and tried, this led to the forced departure of more than 2 million people from neighboring countries. As a result of this exodus, Nigerian police physically harmed immigrants by beating and gassing them hoping that they would be able to leave the country immediately. Many who left Nigeria were barred from entering other countries – like the Benin Republic – which was equally unprepared to handle the influx of immigrants.

The result was that exiled migrants were forced into life at the border between Nigeria and Benin and Benin, unsure of the likelihood of reaching an area they could return to as their home. While certain Ghanaians were fortunate enough to leave Nigeria by air with aid from Ghana’s government Ghanaian government, other Ghanaians weren’t able to walk on Ghanaian soil after they were drowned in crowded vessels that were traveling on the sea.

AN EYE FOR AN EYE

In a way, the expulsion of Ghanaians from Nigeria in the 1980s can be seen as a slap at the Ghanaian government, as a response to the exile of Nigerian migrants in the year 1969. In the month of November, Kofi Abrefa Busia the then Prime Minister of Ghana demanded the expulsion of Nigerian immigrants due to the economic issue and the fear of xenophobia. Although some might consider this illogical, it’s hard to ignore the validity of this idea.

This is due to a variety of international political events that have taken place in recent times that have revealed that political issues can be personal and can also be an act of passion. As we all know, experiencing passions may be brief but they are often the catalyst for actions that may have lasting outcomes. This is why it can’t be determined with absolute certainty whether the wounds suffered by the two Ghanaians or Nigerians have been completely healed, although relations between the two nations have improved, though slow in the time since the two cases of expulsion took place.

Certainly that economic factors are a major factor in the process of immigration and affluence. Whether it’s allowing immigrants to enter or restricting their access. It isn’t excessive to say that displacements of individuals caused by unfair policies for immigration is also due to a fervor for national identity and perhaps encouraging unequal (power) relationships between individuals who belong to different identities. Like many other things in the world of politics policy on immigration is affected by unbalanced power relationships.

In the words of Michel Foucault, power is dual in its nature and consists predominantly of both legal as well as productive components. This means the laws that allow the restriction of immigrants from entering another country are in essence a form of legal power that is exercised. Through the productive side of the power structure, it could be claimed that because of unfavorable immigration laws that are passed, people are also forced to have created and flawed identities and are to.

Immigrants are forced to assume the image as aliens or creatures that are not wanted, or burdens. For instance, in the situation of Ghanaian immigrants living in Nigeria, Many of them have to confront the emotional separation from the acquaintances they made in what they might have imagined was the new place they were moving to, and the false and deceitful image of themselves as being economic leeches. Involuntaryrelocation can be even harder to handle alongside the psychological trauma of seeing oneself as a foreigner or burden.

Although identity politics can bring advantages, like giving people the chance to comprehend the importance of mutual respect, it could also result in negative consequences, like xenophobia and the abuse of people belonging to various identity groups. Although not as serious as the recurrent issues in countries such as South Africa, the expulsion of Ghanaians in the 1980s similar to recent incidents remains a sign of the failure of internal African migration.

SEE ALSO: Africa for the Africans

THE INEVITABILITY OF MIGRATION

Outside the region that is West Africa, members of the global community continue to endure prolonged periods of extreme political instability in addition to environmental and economic uncertainty. The past has taught us that when people are in a location where peace, love, and prosperity are not a part of the equation in the area, they fall victim to the pressures of affluence as a normal occurrence that is something we need to learn to accept and manage more efficiently and with equal. It is crucial that leaders are able to manage not only in Africa and around the globe, to manage in a manner that deters forced relocation and “othering” of those of diverse nationalities.

While some immigrants still use”the Ghana Need to Go bag with the intention of securing a permanent residence they are still faced with obstacles. The aspirations and hopes of immigrants have taken off only to be swept away into the ruins of fabricated fortifications. But like Alberto Rios writes in The Border: An Double Sonnet, “the border is mighty, but even the parting of the seas created a path, not a barrier.” So, in the midst of a world that is shaped by utter instability and constant movement, we can only wish that there are additional pathways to avoid unjustified displacement and exile.

This article was initially printed in the publication The Book Banque.

One thought on “The Story Of The Ghana Must Go exodus, How Nigeria Deported Over Two Million illegal African Immigrants In 1983”

Next post Cleansing The Aura of Past Sexual Partners