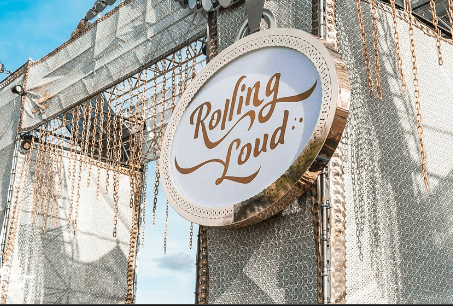 The Rolling Loud Festival, All You Need To Know

Rolling Loud is one of the largest hip-hop-only festivals in the world. The three-day global event is known for showcasing artists big and small to hundreds and thousands of festival goers. Rolling Loud returns in full force this summer, whether you’re attending or sitting this one out, here’s a bit of Rolling Loud history to provide some background on what made the festival the global phenomenon it is today.

From Friends to Co-Founders

Rolling Loud began six years ago with childhood friends Matt Zingler and Tariq Cherif. The two met in elementary school and later started their own company, Dope Entertainment, together. As Dope Entertainment, Zingler and Cherif traveled all over Florida booking concerts. They soon realized that the live music scene lacked a genre-focused festival for hip-hop, especially when festivals like EDM’s Electric Daisy Carnival and country’s Stagecoach were already in existence. At the same time, Zingler and Cherif were familiarizing themselves with south Florida’s alternative rap scene, otherwise known as “SoundCloud rap.” The pair saw an opportunity to fill the void in the live music scene by creating an event that showcased mainstream rap artists and smaller artists from rap’s subgenres.

Rolling Loud and The Rough Start and Humble Beginnings

In 2015, Rolling Loud debuted as a single-day event that took place at Soho Studios in Miami’s Wynwood neighborhood. The first festival was plagued by long rain delays and logistical issues but what it lacked in logistics, it made up for with its impressive lineup. Schoolboy Q, Juicy J, Action Bronson, and Curren$y headlined the festival. Rolling Loud received positive praise and returned the following year at the larger Mana Convention Center with headliners such as Ty Dolla $ign, Future, and Young Thug. Rolling Loud became one of the fastest-growing festivals of its time and its success allowed the brand to expand outside of Miami. .

Rise to the Top

Riding on the success of the Mana Convention Center event, Rolling Loud expanded to a three-day festival that sold out a football stadium. Literally. The first three-day festival sold out Hard Rock Stadium which is the home field for the NFL’s Miami Dolphins. It also expanded nationally to cities like Oakland, Los Angeles, and New York and globally in Sydney, Australia, and Portugal. Zingler and Cherif say the expansion is intentional. The pair recognize rap’s global appeal and want to tap into the upcoming scenes in other countries. The duo is able to pull off international shows by engaging with local talent and with the help of local partners who facilitate the festival’s logistics.

Zingler told Miami New Times, “For our show in Portugal, we try to bring out artists that are based in Europe or local Portuguese artists. We will always show love to where we’re at,” Zingler explains. “And we definitely tailor the lineup according to what we feel like [the local audience] would want — there are different acts that maybe have a larger draw there.”

Rolling Loud has come so far in seven years. In that short time, it’s grown from a local event in Miami to a global sensation that centers around rap and hip-hop music — that’s something to be celebrated.

What is Rolling Loud?

Rolling Loud Festival is an annual hip-hop music festival that began in 2015. The festival is in Miami, Florida, and features some of the biggest hip-hop names. Rolling Loud has recently become one of the most popular music festivals, with many fans eager to attend each year.

The festival was founded by Tariq Cherif and Matt Zingler, both avid hip hop fans. The pair wanted to create a festival to showcase the best in hip-hop music, and they succeeded. Rolling Loud has featured some of the biggest names in rap, including Kendrick Lamar, J. Cole, Travis Scott, Future, and Lil Wayne.

Its focus on hip-hop sets Rolling Loud apart from other music festivals. While other festivals may have a few hip-hop acts, Rolling Loud is dedicated to the genre. This has made it a must-attend event for fans of rap music.

Where is Rolling Loud?

Rolling Loud is held in Miami, Florida. The festival takes place at the Hard Rock Stadium in Miami Gardens. The event usually happens in May, but the dates can vary. Shuttles are provided from different areas in Miami to the festival site. Be sure to follow time schedules so you don’t miss your ride.

How Much Are Rolling Loud Tickets Typically?

While ticket prices can vary depending on the lineup and location of the festival, Rolling Loud tickets typically start at around $200. However, VIP packages can cost upwards of $1000. Also, it’s important to note that prices will increase as the festival date gets closer, so it’s always best to buy your tickets as early as possible. The VIP Munchie tickets are always a great value and include access to an all-you-can-eat buffet, an open bar, and other perks.

What To Expect From Rolling Loud?

Rolling Loud is a hip-hop music festival that features some of the biggest names in the genre. The festival takes place over three days and features dozens of artists performing on multiple stages. You can expect:

Rolling Loud is known for its vibrant and exciting atmosphere. The festival takes place in Miami, which is already a pretty lively city. When you add that tens of thousands of people will attend the festival, you can expect things to be pretty wild. Also, since most attendees are there to see hip-hop artists perform, you can expect the atmosphere to be pretty high-energy and dope entertainment.

With tens of thousands of people attending Rolling Loud, you can expect there to be a lot of people everywhere you go. The festival takes on multiple stages, so people will walk around from stage to stage. This can be a good or bad thing, depending on how you feel about large crowds.

Of course, one of the main reasons to attend Rolling Loud is the music. The festival features some of the biggest names in hip-hop, so you can expect to hear some great music throughout the weekend. If you’re a fan of hip-hop festivals, then Rolling Loud is a festival you won’t want to miss.

In addition to the music, there will also be food and drinks available at Rolling Loud. Vendors will sell food throughout the festival, so you won’t have to go far to find something to eat. And if you get thirsty, there will be plenty of places to get drinks. Just be sure to drink responsibly.

What Should You Bring To Rolling Loud?

If you’re attending Rolling Loud, you’re in for an incredible time. Not only does Rolling Loud boast an amazing lineup of performers, but it also takes place in some of the most stunning locations around the world. Before you can enjoy all that Rolling Loud has to offer, there are a few things you should bring:

What to Wear to Rolling Loud Miami Festival?

While you may be tempted to break out your wildest, most outrageous outfit for Rolling Loud, remember that you’ll spend a lot of time outdoors in the heat. You’ll want to dress comfortably and in cool, breathable clothing. Leave the denim at home; it will just be too hot. Instead, opt for shorts, skirts, or dresses made from light fabrics like linen or cotton. And don’t forget to pack a hat and sunglasses to protect you from the sun!

Also, let your outfit reflect your style. After all, part of the fun of Rolling Loud is showing off your taste in music by dressing the part. Whether you’re into hip-hop, EDM, or something in between, there’s no wrong way to dress for the festival. Just be sure to wear something you’ll be comfortable dancing in.

How to Get to Hard Rock Stadium?

To reach Hard Rock Stadium from Downtown Miami, you can take I-95 North and exit at NW 199th Street. The drive should take around 15 minutes, depending on traffic conditions. You can also take the shuttle service from Pegasus Park at Gulfstream Park, Herald Plaza, Broward College, or Hilton Garden Inn. The shuttles will run from 3 pm to 9 pm, and there will be return shuttles leaving the stadium for an hour after the concert ends.

Yes, parking is available at Hard Rock Stadium. Parking passes and presale tickets can be purchased in advance through the Rolling Loud website. There are also a limited number of ADA-accessible parking spaces available on a first-come, first-served basis.

Who Will Be Performing at Rolling Loud?

The festival lineup for Rolling Loud usually includes a mix of mainstream and underground rappers. In past years, performers have included Kendrick Lamar, J. Cole, Travis Scott, Lil Wayne, Post Malone, Cardi B, Migos, and many more. This next lineup has not been announced yet, but it is sure to be just as star-studded.

Is There A Dress Code for Rolling Loud?

No, there is no dress code for Rolling Loud’s festival. However, attendees are encouraged to dress for the weather and wear comfortable shoes, as they will be doing a lot of walking. Also, be sure to leave any weapons or illegal drugs at home, as they are not allowed inside the concert venue.

Can I Bring a Backpack or Bag to Rolling Loud?

Yes, you can bring a backpack or bag to Rolling Loud, but it will be subject to search by security personnel. You should bring clear bags, which will be easier to search for. All bags must be 12″x12″x6″ or smaller.

What are the Age Restrictions for Rolling Loud?

The age restrictions for Rolling Loud are 18+. An adult must accompany anyone under the age of 18. Also, the legal drinking age in Canada is 19+, so keep that in mind if you plan to drink alcohol at the festival.

What Should I Do if I Lose Something at Rolling Loud?