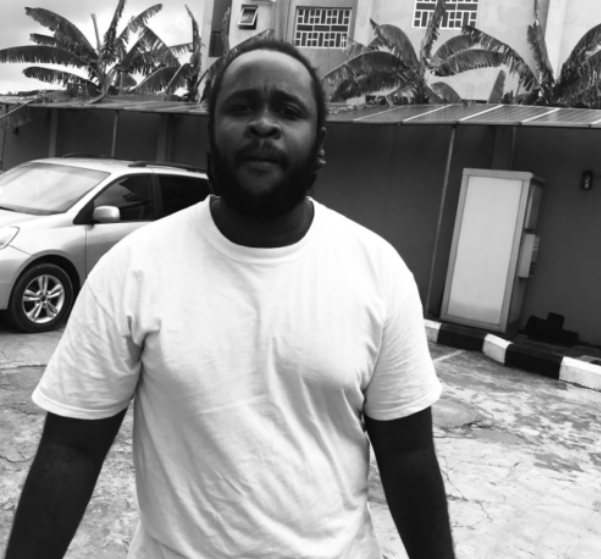 THE EVOLUTION OF BATTLE RAP IN NIGERIA.

Over the years, there have been a couple of names who have held it down for the battle rap culture over the years and articles like these will not serve their purpose without making reference to those names. Some with pure intentions for the growth of the culture and some in it for the quick benefits but one way or the other, these people have shown an immense contribution to the culture. Names like Ayo Bawss, Turk BRL, Aq, Loose Canyon, Dejinious, Dabu Da Gemini, Holyfield, Spikey, Slimzy, Gzone, Jaypachino, Jung, Flowshow, and a couple of others.

The Movement and Involvement

But how did we get here? How did it get started, what were the challenges and what is the plan for the future of Battle Rap in Nigeria?
Battle Rap in Nigeria has come a long way and contrary to popular belief, Battle Rap in Nigeria boasts of a deep-rooted history amongst old-timers and the new school acts alike. Its root in the Nigerian HipHop vicinity can be traced as far back as the late 80s when it was majorly indigenous and ultimately entwined with HipHop events, especially in Nigerian Universities.
A few of our current Mainstream artists have had their fair share competing on campuses and of course for rap battles, the likes of Freestyle, Eldee, 2Shots, RuggedMan, and the late Dagrin to mention but a few. In the newer category, of course, artists like Egica, Dremo, Loose Canyon, OlaDips, Blaqbones, Zlatan, etc all spazed out in their prime one way or the other in Battle Rap somewhere in a Nigerian school campus most likely.

Battle Rap as a culture in Nigeria failed to take the big stage even with the involvement of big names as anchors or partakers of the trait. It boiled down to accepting that these cats will never genuinely set that pace. Even at the time when people as influential as AQ and Loose Canyon shined a little light of dazzling hope, utilizing the Choc City brand as a facade, with two battle rap events under the auspices of CCX. The event featured the current biggest battle rappers in Nigeria, Holyfield, Maximum, Gzone, Damideasy, 5th, Hitman, Jaypachino, and a couple of others. It was later rumored that the whole act was coined out of a front to rake in money for personal interest. It is not something the battle rap community in Nigeria wants to believe but the abrupt discontinuity and the lackadaisical attitude towards officially releasing battle clips for public consumption painted a clearer picture. The show never aired on local TV talk more on cable networks and what’s worse, 90% of the battles were not streamed live. It was a hard blow to the culture. It is now left in the hands of grassroots hip-hop faithful with passion and commitment to battle rap as a culture, to pick up the mantle, set up the stage, and create a platform for the scouted talents over the years and in the process spark the interest in more athletes or competitors and consumers at large.

Talking about people in the mainstream media coming in to support the movement, the influencer and skit maker Sydney came in with Bad Mout.  A show that would have two people come at each other with disrespectful remarks in the form of two-line punchlines or metaphors …..I do not think what he really wanted to do was battle rap.

Over the years a couple of great minds dared to venture into the tedious task of running battle rap leagues, without any support and financial backing, presenting a sport of deep intellectual ritual to spectators who are being constantly swayed by fast-paced beats and the extra watered down lyrics which is vigorously taking over the music industry. It is definitely a hard sell. The crowd becomes tougher and the cost to publicize broadens. It is either a huge step is taken sooner or the crowd is lost forever. Luckily a few people set the foundation and thankfully, people are stepping in to fill in or take over from where anyone stopped. That is progress.
Pioneers Of Battle Rap In Nigeria

Like I mentioned earlier, it fell back in the hands of true Battle Rap enthusiasts who picked up the mantle, and over the years, a few brave individuals and mid-sized cooperations had come and gone. Ofcourse a few stayed strong and others pulled out. For the sake of length or maybe time, we will not dive deep into the multiple conventional mainstream battle rap events which are conversant with a vehement lack of continuity and organization.

A couple of Nigerian battle rappers with talent came on the scene in a breeze but will not stand the test of time, not because they lacked the flare or lyrical touch to keep it going but it was simply because they will not put in extra effort to reach out to battle rap or so it seemed. Those types of MCs are featured in the rather dope battle rap clip below. CKlin vs Hec

We will focus on the actual people and leagues who put in their own quota and made an impact whether still in existence or not, the longevity showed the passion.

As an individual, it was glaring to see Ayo Bawss loved the game. Ayo Bawss did not necessarily set up his own battle rap league but it will not be a gainsay if we said he stuck his head out for over ten years for the game while obviously earning no rewards. He effortlessly involved himself in projects and discussions leading to the expansion of the movement, at some point he became a role model to amazed onlookers and aspirers. There is just a lot you can do when the support is not forthcoming and obviously this is not one of those sports you take to new heights individually, especially in its cradle. He was a known name in text battle, battling with the Nigerian tag on international forums and on places like NairaLand and Facebook then taking it to the screens. Below is one very Epic battle where he represented Nigeria in a Rap Battle between Nigeria and Somalia.

Uc Flames is the idea behind Owerri Rap League. The league boasts of being the number one Battle Rap league in the eastern part of Nigeria. They boast of battle rap personalities like Buez, Finest, Pohzitive, and Uc Flamez himself battling on their stage. The Rap League came into existence barely four years ago but they have managed to create a mark, especially in a state where the demographic is not expected to vibe to such sport.
Check out the league’s Youtube page

Slimzy has played a prominent role in Battle Rap and has been a major player in his own little way. His league has also seen battles that have paved the way for major discussions and arguments that have transcended the standard talks in battle rap. His platform gave us battles like PenPriest vs TegaGat and Dabu vs TegaGat which saw TegaGat exposing Dabu for his biting habits back in the day. That battle didn’t only go a long way to transform Dabu The Gemini into the beast he is today, but also created a spike in interest in battle rap. It was a major stepping stone for Battle Rap in Nigeria.

See the battle below

Slimzy stepped out of the scene in 2018 and has not been involved in battle rap since, we do not know for sure if he has any future plans of getting back in his involvement in battle rap as his youtube station also was converted for personal use but we respect the man for doing what he did for battle rap.

Moving into the future, stories of pioneers like Turk BRL, Aq, Jung, Flowshow, Dejinious, etc will feature in the last part of this article as we gather detailed events from quality resources as to updates and challenges faced by these people and others in running the culture into the future.