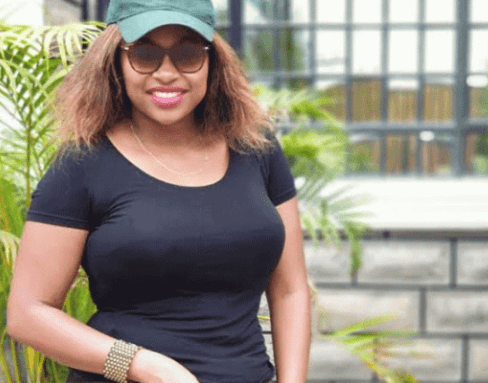 Massawe Japani is a popular on-air-personality and influencer in Kenya. Her unique voice and creativity on the mic have made her a sort of personality over the years and throughout her career. She started her career at Baraka Fm and she has soared high ever since.

A Quick Glance At Massawe Japanni

Growing up, her immediate family members never thought she would ever settle down. However, shocked by them since she found her soul mate, Tom Japanni and they have been together for ages.

How Old is Japanni Massawe

After turning 30 for the 5th time in 2017, Tom, her husband, said that the radio presenter still looked 20. It is clear that the mother of 3 is over 30 years old. She is from the Akamba community of Kenya.

She spent much of her childhood in Mombasa where she went to school. That pretty much explains how knowledgeable she is in the Swahili language.

Her career journey has been a beautiful one. She kicked it off back then while she was in Mombasa where she got to work at Baraka FM. People loved her stimulating voice, work, presence, and command in Kiswahili, and shortly afterward, more and more people became her fans. She then got a chance to work on other radio stations such as QFM, Milele FM, and Radio Jambo where she currently works as a Swahili radio presenter.

Massawe currently works as a radio presenter at a local radio station known as Radio Maisha. She hosts the Bustani La Massawe Japanni (MJ) that airs every weekday from 10 am till 2 pm on Radio Maisha. The segment airs out relationship issues around Kenya.

Massawe and Tom are officially an item. The lovebirds met at work and their bond has grown stronger since. The two met in 2002 at Baraka FM where they both worked at that time. Tom was a Breakfast Show presenter whereas Massawe was an intern producer. The two remained friends until two years elapsed that they started dating.

Massawe and Tom have been blessed with three beautiful girls. Her youngest child is three years old and she has, time and again, proved that she is a good mother to her young ones.

A mother’s darkest moment is when she gets the sad news of the demise of her newborn baby. This exact thing happened to Massawe about 14 years ago. She revealed that it has been a painful journey but she is glad that she got the courage to conceive and have other kids again. She currently has 3 children, all girls.

Towards the end of 2019, Massawe took to her Instagram page to announce the death of her dear sister. She never went into details but she let it be known that she was mourning the passing on of her sister.

Massawe earns an enviable amount of income every month. She earns over Kshs. 400,000 every month.

Tom and Massawe have a state-of-art house that they put up together, located at Kitengela. It is an own-compound house that gives them a chance to cool down on the extensive lawn.

Having been in the radio presenting world for about 10 years now, the ever-gorgeous Massawe has grown to be one of the most celebrated Swahili radio hosts in Kenya. We will let you know once we lay our hands on her current net worth.

What Does Massawe Japani Do?

She is a media personality

She is married to media personality Tom Japanni who works at Radio Maisha under the Standard Group.

They met back in 2002 while they worked at a local radio station, Baraka FM, down at the Coast. At the time, Tom was a breakfast show presenter while Masawe was an intern producer.

Up until Tom left to join BBC World service, their relationship with Massawe Japani was platonic. In 2004, they became romantically involved. They currently work for rival radio stations but manage to keep their professional and private lives separate.

She hosts a mid-morning show at Radio Jambo which is under Radio Africa. Massawe Japanni had worked with Radio Jambo before but parted ways in April 2017, after she decided to take a break from the radio Industry. She later made a comeback to the same station where she currently works She also worked with Q FM, a station that was owned by Nation Media Group before being poached to join Mediamax-owned station Milele FM.

She is known for her prowess in speaking kiswahili.

Massawe Japanni Salary- she earns around $1-$2k per month plus other allowances.

WHEN MASSAWE JAPANNI LOST HER CHILD

Massawe Japanni opened up to our Radio Jambo reporter about her painful experience which dates back to 11 years ago when she lost Kwame, her first child.

Massawe is quite a reserved person but she chose to step out and open up about her dark past in a bid to inspire other women who have gone through the same traumatizing experience as she did.

“Talking is Therapy” said the award-winning Bustani La MJ presenter owing to the fact that her show majorly focuses on women and the issues they face.

She says her decision to share her story was motivated by one lady who called in during her show and shared how she has had a rough journey, where she has experienced one too many miscarriages in her 8-year marriage.

“It was a very painful experience by the way 11 years ago I had just gotten married, our firstborn was a son whom we had already named Kwame and it came as a huge blow to us and I took time to come to terms that I had just lost my baby.” narrated Massawe a mother of three beautiful daughters.

“It was a huge blow because I was fresh from the surgery room and after all the painful months I returned home empty handed and you know the excitement that comes with a family expecting their first child, the preparations from family members, and after all, you find yourself off the theater in the morning wishing it was all just a nightmare and the sounds of other children crying was simply unbearable.” added an emotional Massawe Japani.

Massawe Japanni, The mother of three also opened up on how together with her loving and caring husband worked together to overcome the terrible moment which involved crying together and sticking together through the entire emotional period, which vastly affected her career-wise as well.