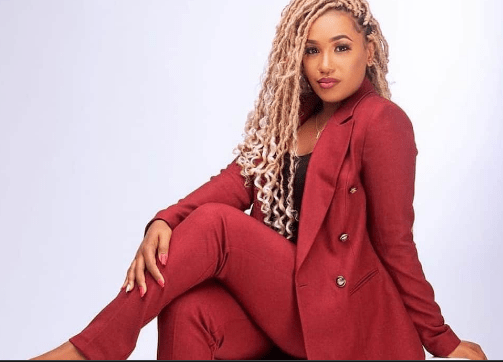 Grace Ekirapa is a popular Kenyan gospel singer, songwriter, and TV host who is known on the NTV Kenya broadcasting networth.

She is currently working at NTV Kenya, hosting crossover 101 alongside DJ Mo.
Prior to working with the NTV, Grace used to host a show, Angaza for the KBC. She began her career with NBC after the former host, Faith Muturi became pregnant and left.
Grace started her journalism career at the Kenya Broadcasting Corporation (KBC), where she hosted the popular television show Angaza. Fortunately, she got an opening at NTV when Faith Muturi left after getting pregnant. She was poached to host Cross Over 101 alongside DJ Mo. Grace Ekirapa loves singing and has also expressed her passion for counseling and psychology. She hosts a ministry called The Prayer woman. It is like a mentorship program that guides women spiritually—the program mentors around 60 ladies.

The talented television host met the famous gospel DJ while working at the Kenya Broadcasting Corporation and have been friends ever since. That is why they always display fantastic chemistry on-screen while hosting Cross Over 101.

She is married to Pascal Tokodi

She studied at the Kingdom Academy and the Kinyui Girls High School.
She has two sisters, Julie and Ashley, and lost her mother when she was 8 years old.

Some of Grace Ekirapa’s songs include:

• Perfect
• Kibali
• Sifa
She had said in an interview that she wanted to become a pediatrician but opted for Theology School after God’s calling.
Grace Ekirapa’s late mother was partly Indian and Masaai, while her father is Teso. She has mentored over 60 women through her organization, Ministry Prayer Woman.
Grace Ekirapa is married to fellow superstar, Pascal Tokodi.