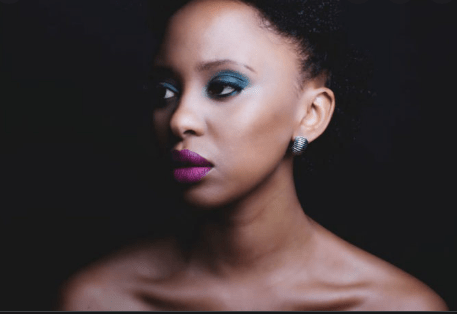 Kaz Karen Lucas is a controversial Kenyan artist who rose to fame when her singing antics at project fame went viral. Growing up, she says, she and her mother lived in servant’s quarters in Garden estate. The two-room apartment was shared between the two of them and house help.

Karen Lucas Tale of Her Struggles

Ironically, she went to school at Braeburn Academy, a prestigious school in the country. But this was only possible because her mother worked as a caterer at the school.
“So yesterday was a day. Like a hellova day. I spent the better part of the morning walking through my old stomping grounds in the garden estate. Fun fact (which I realize not many people know), when I was doing my A levels in Braeburn, my mum and I lived in an SQ,” Kaz said.

“She worked in Braeburn as the caterer so my school fee was hugely discounted. Actually, her salary was discounted so I could go to school there. In the next slides I share the 2-room (not 2-bedroom) house my mum and I lived in. One room was a living room/kitchen with a paraffin stove and a fridge and also where our house help slept. And I shared a bedroom with my mum in the second room. We slept on 2 single beds. What looks like a toilet now was actually a pit latrine when I lived there.”

Having to go to a prestigious school and then go back home to their small house made her start lying to her friends.
“I would wake up in this SQ of ours and walk to one of the most expensive schools in Kenya. The juxtaposition!! I learned how to lie about ‘coming from money to my friends. I was so embarrassed about that house and I let possibly less than a handful of friends visit me. Now the space has been turned into a storage facility for animal feed,” Kaz said.

“But we lived. and I schooled and I have always jokingly said that my mother died for my sins because of all the sacrifices she made for my brother and me. Going back there has really been a mind f*ck. But I really want to thank @jules_her for holding my hand through this part and making it easy for me to relive those memories. We may not have had much, but what we had was enough!”

Lucas is in a polyamorous relationship with Majic Dyke, poured out her heart, confessing how she has fallen deeply in love.

When Did Kaz Karen Career Kick Off?

Kaz Karen began her career in 1997 as a rapper/singer. Then at just 14, Kaz amazed thousands during her first public appearance at the Nairobi Carnivore grounds, alongside Grammy award-winning rapper Coolio, where she took the title for the best overall rapper at an impromptu rapping competition held during his concert in Kenya. Karen Lucas became famous as Kaz from the hit TV reality show ‘Project Fame‘ where she caused controversy with her antics.

She went to Braeburn Academy where her mother worked as a caterer in the school.

In 2005, she won the East African Kisima award for Best Afro Fusion Artist of the Year, and in 2006, she was honored to receive the African Kora award for Most Promising Female Artist in Africa.

She was also nominated for best actress in the ‘Kalasha awards’. Kenya’s first film award ceremony, for a short movie she starred in, in 2010.

Kaz was nominated for the AFRIMA(All Africa Music Awards) awards which were held in Lagos on the 9th November 2014.