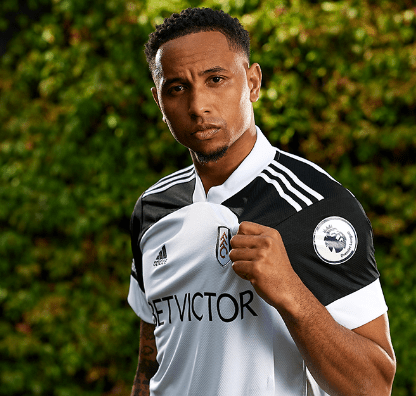 Kenny Joelle Tete (born 9 October, 1995) is an Dutch professional footballer, who plays as a right back with Premier League club Fulham and the Netherlands national team.

Tete was raised in Amsterdam where he was raised playing in the clubs of AFC DWS and AVV Zeeburgia before being enlisted to Ajax Academy in 2005. Ajax Academy in 2005 at age 10. The 2011-12 season was a time of Tete taking part in his club’s Ajax B1 side, which is the second highest level of youth in the academy, playing as a right back and helping the team secure the BJJ Eredivisie title. His first official contract was signed by Ajax on July 20, 2012, which binds his commitment to the Amsterdam club until the end of June 2015. The first year he spent as a professional with Ajax’s Ajax A1 youth team, but was not given a call-up for the team. The next season was the year that saw Tete together with the academy’s other participant Riechedly Bazoer, get his first invitation to join the first team that took part in the pre-season training camp held in Austria. Tete was part of his first match with the first team in a preseason friendly game with SDC Putten on 29 June 2013. The game ended with Ajax winning 4-1 on the road. Ajax The match began with Tete being brought on as substitute for Ruben Ligeon, who was injured in the first 45 seconds.

He made his debut professional during the Eerste Divisie, the 2nd level of football professional in the Netherlands and was playing for the newly promoted reserve squad Jong Ajax, in what would be their first appearance in that division against Telstar on the 5th of August, 2013. The match concluded in the 2-0 win to Jong Ajax at the Amsterdam ArenA. Although he was as a reserve player for the first team throughout this season in 2013, it was not until the second period of the 2014-15 campaign that Tete made his debut with his first club in a game, playing in the 1-0 defeat at home at AZ Alkmaar on the 5th of February 2015 . He was a 69th minute substitute.7

On the 10th of July, 2017 Tete was purchased by French club Lyon for what is estimated to be about EUR3m. Tete was the first player to score a goal with Lyon in a draw of 3-3 in Ligue 1 play against Bordeaux during Ligue 1 play on 19 August 2017.

In all, Tete would play 82 times for Lyon within just three years in Lyon playing a significant role in their journey to the semi-finals in the UEFA Champions League during the 2019-20 season.

On the 10th of September, 2020 The new made Premier League club Fulham confirmed the signing of Tete from Lyon on a four-year contract with an option to extend it for a second year. The club gave him his number two shirt. Tete first made an appearance in the 1-0 win in the first round against Ipswich Town in the EFL Cup second round. He scored his debut strike with Fulham with a 7-0 victory at Reading on the 11th of January, 2022.

On the 25th of October, 2011 Tete began his first game for the Netherlands national under-17 team during the UEFA European Under-17 Championship qualifying match against Bosnia and Herzegovina, which was a 3-0 victory by the Dutch. Tete made two more appearances in the qualifying rounds, but was not part of the final 22-man squad that won this year’s UEFA European Under-17 Championship in Slovakia.

Tete was the first player to receive an under-19 call-up after being included as a member of the team for 2013’s UEFA European Under-19 Championship. He was in three group stage games. The team beat host Lithuania by a score of 3-2 in their first match , but they lost the second and third games with Portugal and Spain and failed to progress beyond into the next stage.

Tete got his first call to the top of the line Netherlands squad in the month of August of 2015. Tete made his debut appearance in the Dutch national team on the 10th of October in a match against Kazakhstan.

Tete is a native of and was raised in Amsterdam to his father of Beira, Mozambique and a mother from Nias, Indonesia. The father of his son Miguel Tete had relocated to the Netherlands with his family as a child at the time of the Mozambican War of Independence, and is an ex- European Heavyweight Kickboxing Champion who is a part of The Bulldog cafe on the Leidseplein in the heart of downtown Amsterdam.