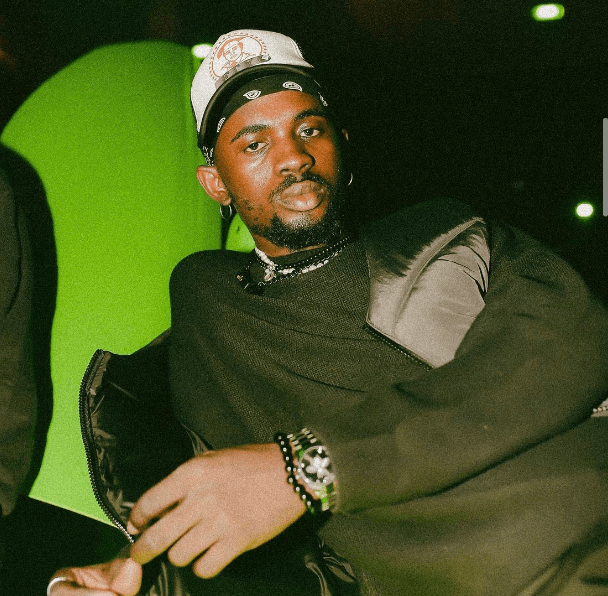 Black Sherif is a popular Ghanaian musician who is currently dominating the music scene in West Africa especially since the release of his hit “Kweku The Traveler“.

In real life, he is known as Mohammed Ismail Sherif, the 19-year-old has grown from being a viral sensation into one of Ghana’s top music stars, pushing RnB as well as Trap Music to new heights within just a year.

The singer who has been an apex of poverty according to a lot of Ghanaian music fans came into the spotlight after his big “Money” hit track.

A Quick Glance At Black Sherif

How Old is Black Sherif?

Black Sherif was educated in primary as well as secondary schooling in Konogo, Ashanti Region.

He received his secondary schooling in Kumasi Academy and completed in the year 2019.

Presently, Sherif is a first-year student at the University of Professional Studies ( UPSA ) studying Marketing.

Most often referred to as Blacko the young star started the career of a dancer , but later switched to music in secondary school.

In the year 2019, he released Cry For Me but really became famous in the year 2020 due to the popularity of his song that became a hit called Money.

The year 2021 was when Black Sherif posted a viral freestyle on his Twitter account and it caught the attention of the music producers Hammer, Sarkodie, and several Ghanaian artists and other industry players.

After the viral video went viral, Black Sherif was seen having a drink with rapper heavyweight and Sarkcess music’s chief executive, Sarkodie.

Who is Black Sherif Dating?

There has not been an official note as to whom he is dating so we believe he is very single.

He is well-known for popular songs like Cry for me, Ade Akye, Money, Destiny, First and Second Sermon, as well as the latest called Kweku The Traveler.

There was a rumor that while Black Sherif was in Lagos to shoot the video to his Second Sermon remix featuring Burna Boy, he was also there to meet with his girlfriend as a post circulated of a lady who posted about her and Black Sherif being in a romantic relationship, or rather, her caption insinuated that. Black Sherif never came out to debunk the rumor.

On the 11th of April, 2022 A lawsuit was filed against Black sheriff over alleged breaches of contract. The suit stems from claims of Black Sherif ignored his investor when he made a major investment in his professional career. In addition, Black Sherif is said to have signed a distribution deal in conjunction with Empire Music without his investor’s consent, despite the fact that he had an agreement to manage his business with the investor. His investor Shadrach Agyei Owusuwho is the chief executive officer of Waynes Chavis Consult is seeking the court’s permission to stop Black Sherif’s participation in events that he did not have his approval.

Black Sherif almost got in trouble with Davido, an AList Nigerian artiste when a twitter user exposed that Davido was denied by Black Sherif when he requested to be on the remix of Kweku The Traveler.

An article from Af24news reads in part

Black Sherif has denied claims that he turned down a request from Nigerian Afrobeat star, Davido, to collaborate on a remix for his hit single ‘Kwaku the Traveller’.

This comes after a post was widely circulated on social media purported to be written by the rapper on his Instagram stories.

“I don’t know why this guy and his team keep disturbing me for KTT remix, I’m not interested!! I’ve told you and it is the same thing I’ll tell your team! I don’t need someone to use their voice to spoil my song for me. Keep Streaming KTT! Out on all platforms,” the post read.

[People Profile] All We Know About Magixx Biography, Age, State, Real Name, Songs And Net Worth

Sharing it on Twitter, one user claimed it was a reply to Davido after the ‘If’ hitmaker reached out to Black Sherif for a remix of Kwaku The Traveller.