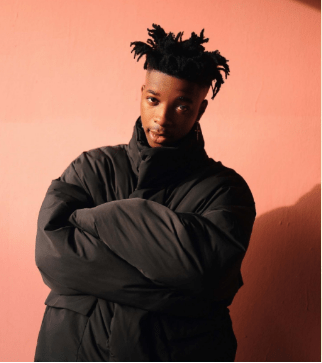 Born Adelabu Alexander, but more popularly known Magixx. Magixx is a Nigerian Afrobeat musician and songwriter who came to prominence after releasing his EP, titled Magixx.

A Quick Glance At Magixx


His birth date was the 27th of September 1999 in the Alexander family.. and Mrs. Alexander in Lagos State, Nigeria. He was born in the mainland area of Lagos where he spent most of his early time within Ogba town.

Magixx as a child has always been interested in music, as he frequently was listening for hours to music that came from various genres, which range between Pop, Hip-hop, Reggae, and Highlife.

He began creating songs to singing them to an audience at school competitions and carnivals in the community. With positive reviews from the audience at that moment, he decided to be steadfast in his choice to make music his full-time occupation.

Where Magixx received his secondary and primary education is not known, however, the genius musician completed high school with high marks for the West African School Certificate.

After high school, he was admitted to The University Of Lagos to study for an undergraduate diploma in Mass Communications and graduated after four years of learning academically.

Magixx, one of the students at UNILAG was a part of the music scene at the school and was regularly at events, parties, and concerts. This helped him become a well-known person in the Unilag entertainment scene and allowed him to develop an enviable fan base.

He covered Burna Boy’s most popular track, Dangote, in April 2019 and it quickly went viral on the internet, receiving more than 35,000 followers on Instagram. He also released the video cover, Sinner, by Adekunle Gold on 3rd September 2021.

Magixx was a student of Mavin Academy for months and released his first project, Magixx EP, the day after he was officially signed by Mavin Records.

He joined the prestigious alumni network of musicians from the label such as Rema, Crayon, Ayra Starr, Ruger Johnny Drille, and Ladipoe.

Being a brand newcomer in the world of music, Magixx is still at the beginning of his career and isn’t earning as much as in comparison to other established musicians.

Chris released Call Me Every Day over a week ago and it has been receiving positive reviews, however, Magixx expressed the opinion that it was not worth the hype.

Taking to his Twitter account on Sunday, June 19, Magixx referred to the song as ‘stupid’ but deleted his tweet moments later when fans started attacking him.