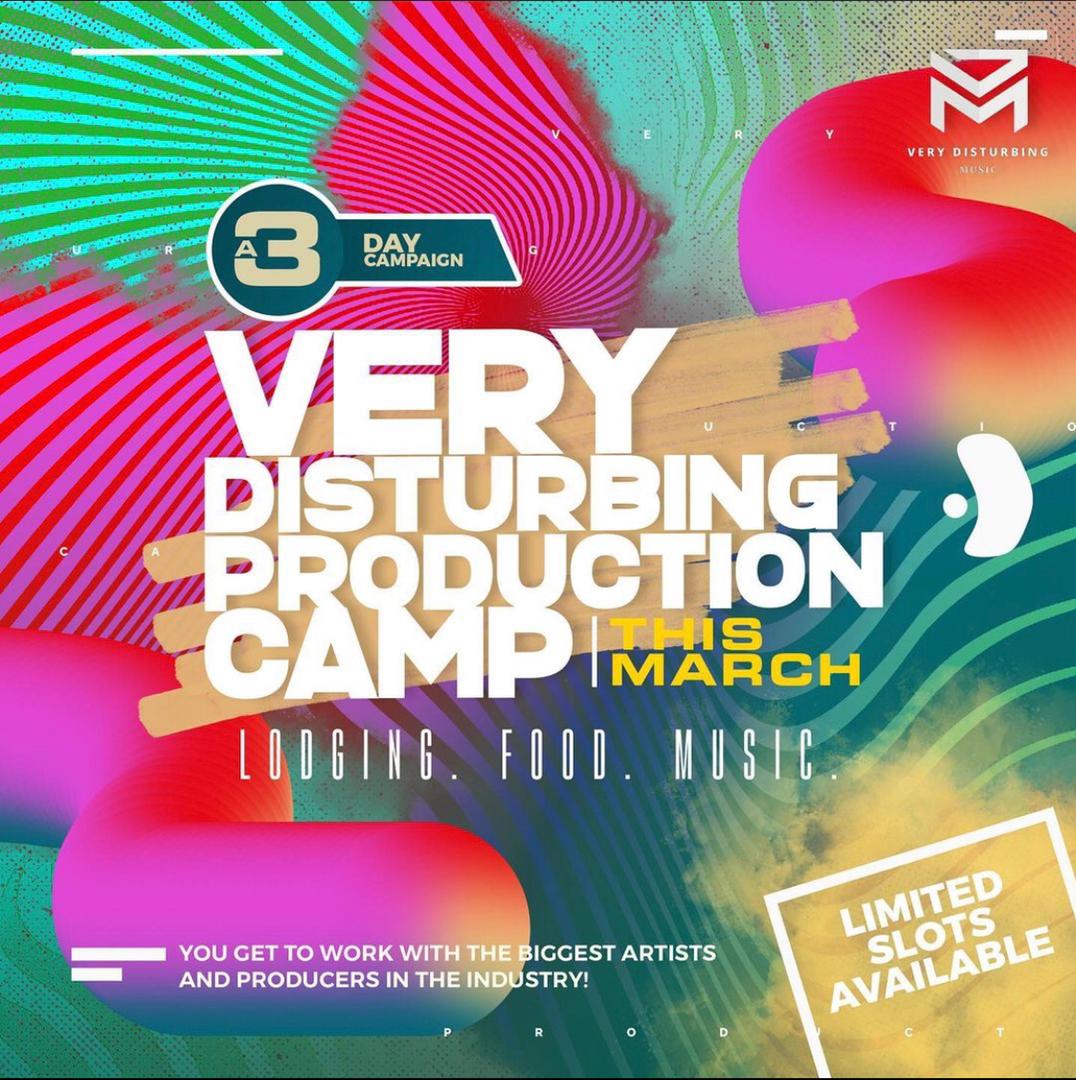 I would have to doubt that you hadn’t come across that name, yet I will insist and go ahead to throw in a quick re-introduction for the producer who is under the auspices of Davido’s Music World Wide (DMW) and is the hit maker behind the banging song of 2017 “FIA” by Davido. Since then he has been responsible for hot and banging singles by A-List artistes in Nigeria and production profile also includes names such as Dremo, Mayorkun just to mention a few.

Fresh VDM is also known as Fresh Very Disturbing Music got acquainted with various music instruments at a very young age and has succeeded in carving out his own sound which lead to the creation of his own type of music, hence the extension in the name “VDM”.

His new initiative Very Disturbing Music Camp is his baby foundation with an idea to bring struggling but not limited to upcoming talents together under one roof to network and at the same time meet with celebrities within a time frame to further extend their chances of expanding their potentials. Because this is the maiden edition, there is a limited amount of talents that can be admitted into the initiative, but it promises to get bigger as it progresses with time.

To be very direct, it is more about gaining experience and exposure, those who are looking to brush up their ideas on musical instruments in essence to music production and those who are just basically about music production generally. It is all about learning at the end of the day. Fresh VDM has set this project in motion for the sole purpose of teaching people who are passionate about this art called Music Production.

Although there is no official statements describing the cost of the program, it is not certain that the program is free, what is very certain is that, it will be very price friendly and worth the process.

To be a part of this Camp, contact his management at freshvdm@bfaandcolegal.com.