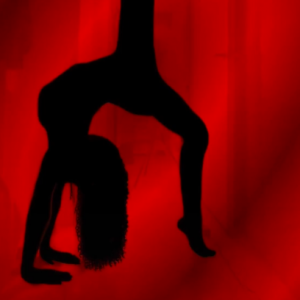 The Silhouette Challenge keeps making waves in its wake and has also kept the internet shaking the over the past few days since it’s introduction or “re-introduction” as some ‘spiritual people’ may have termed it.  A couple of men of God have come out to condemn the challenge including the head Pastor of the Redeemed Christian Church of God, Pastor E. A. Adeboye who said “don’t do what will quench the spirit”. According to some of these men, they believe the challenge is from the pit of hell to further increase the numbers of those going to hell. A lot of moral lessons have sprung up obviously by some who have seen no sense whatsoever but high display of immeasurable immoral standards amongst our young ladies. The famous one warning about the future of these women, some might luckily get married to a man in a high ranking position in society but then, her videos would be dug up and a lot of things might go wrong for her, but most especially, for her innocent husband who knew nothing about her past social life.

A myth that had surfaced came with a little tale to it. It claims that the challenge is about a demon in the 80s who operated in the dark, possesing already careless women and in the process causing them to remuage in a dark and heinous wave of irreversible promiscuity. The demon was said to have been cast out by some powerful men of God only for it to resurface via the internet in the so-called last days.