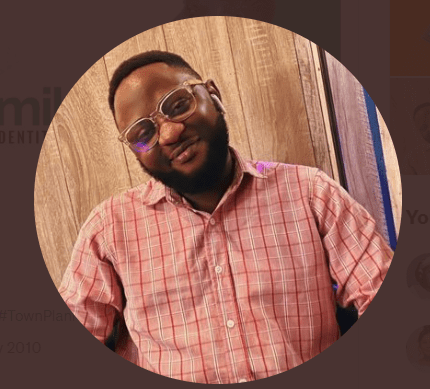 It has been barely three years and we thought finally, a group of people with a solid interest in the growth of battle rap in Nigeria. New development within the corridors of Battle Rap Nigeria has yet again proven that ideologies can deter perception even in a group of like-minds. Battle Rap Nigeria has been dissolved due to disagreements amongst the founders, we do not have full insight into the root of the issue but someone has something to say.

Damideasy, a prominent name in the Battle Rap industry in Nigeria has given his take on Twitter.

I don’t know how to feel about the whole BRN/WOTS movement, but one thing I do know is the split isn’t the solution…BRN is/was more than a league, it was family to some of us/them., and this family started with two individuals with unclear cohesive visions.

Nevertheless, the one clear goal was the growth of battle-rap but then life is not black and white, there are other factors that need to make this work, factors that seemed irrelevant then but have become inevitable now.

We had two leaders, one was more of a fan and fueled by passion while the other was also fueled by passion but understood the rudiments that keep a vision alive which is the business aspect. IMO the two can co-exist or should i say..they need to co-exist to make this work

Not to go into details, but a sit down needs to happen, with a neutral party who also understands the business as well as the culture. Fans and active battle rappers would always be biased because of certain personal vendettas and beneficial relationships with the people involved.

SEE ALSO: The Evolution of Battle Rap in Nigeria (Part 1)

while @Flow__Show may have his downsides and lackadaisical towards the actual business side of this culture, it’s hard to disregard his support in its growth and his unmatched passion for bringing all of us together, shoving him aside isn’t the way…

I understand @musiallday’s POV and honestly know how hard it is trying to make a way but someone else is making it harder for you after investing so much financially and mentally, but let’s take a minute to breathe..

I saw battle rappers and fans jumping ship under 24hours, repping the new brand and forgetting the good old days, that is really disappointing, I joined the space yesterday, i didn’t listen to a conversation about how can we fix this, I listened to ‘your fuck ups are enough, time to go’

Contrary to popular opinion, Flowshow can be reasoned with. but sometimes it takes pushing him to the wall to get that, and I believe this has been done yesterday, lets’s have a sit-down and discuss the way forward…WOTS is not it, it is more like a “dirty route’ to solve this.

@musiallday I don’t know how long this must have been on your mind, but seems like a rushed decision, we all make mistakes, hell I have made the most…but nothing cannot be fixed…I’m neither BRN nor WOTS, I’m Damideasy, a fan of the culture.

one thing you should know, if people are quick to jump ship, trust me someday u will be the Flowshow and another Jung will make this decision.

BRN is more than a league, it’s a movement, you once told me this..people look up to us silently and envy what we have/had. #hailhydra

Hopefully, we get some in-depth information from the former PR Desk soon.

Next post Bobby Brown on hitting ‘Rock Bottom’ When He Was Dependent On Cocaine, Crack and Heroin