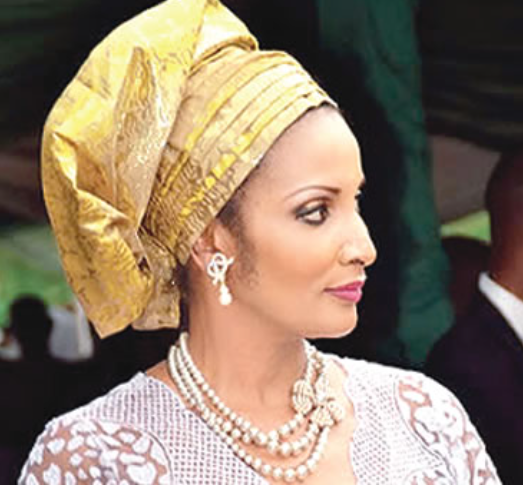 Bianca Odogwu full name Odinakachukwu Olivia Odumegwu-Ojukwu ( nee Onoh born on 5 August in the year 1968) is a Nigerian politician who prefers to be known as Biafran. She is a lawyer, diplomat, and businessperson. She is the wife of the former Biafran Presidency, Chukuemeka Odumegwu Ojukwu. A former advisor to the president She was Nigeria’s Ambassador to Ghana and was appointed Nigeria’s ambassador to Spain in 2012.

Read more[People Profile] All We Know About Odumegwu Ojukwu

A Quick Glance At Bianca Odogwu

Odumegwu-Ojukwu is a multiple international pageant titleholder, she came into the spotlight when she won Most Beautiful Girl in Nigeria in 1988. And even though you would think that should make her family proud, she came to the public to explain how her father suspended her from coming to his home after the pageant.

Miss Africa and Other Peagent

She went ahead to win Miss Africa and is best known as the first African to win Miss Intercontinental.

Odumegwu-Ojukwu was awarded the Award of Merit by El Mundo Diplomatico for her dedication to providing effective platforms to facilitate constructive interaction with Nigeria as well as Spain and was also voted Africa’s Most Outstanding Ambassador in 2014 by the Dutch journal The Voice in 2014.

Odumegwu-Ojukwu also received her “Ambassador of Excellence” Award from the Government of Anambra State, Nigeria at its Silver Jubilee commemoration in 2016. She is an active part of the board of Trustees of the All Progressives Grand Alliance, the Political Party that was founded by her late husband Dim Chukwuemeka Odumegwu-Ojukwu, and has held the power of politics within Anambra State for over a decade. The campaign to represent the senatorial district she was in for in 2018 was delayed because of the inconsistencies that took place in her party’s primary election.

The will of 16 points, drafted from the law firm Sir Emeka Onyemelukwe and Associates is titled ‘Codicil, Variating, Revoking and adding in my Will’ and was executed on the 16th of December 2009. This document was signed in the presence of the previous Biafran warlord as the testator, along with two witnesses: Engr Mse Azenuba and Sebastian Ray Afadi. It was the very first codicil to the will of Ikemba’s late wife which was signed on July 9, 2005. Paragraph 10 in the codicil says that Ojukwu imagined peace to be the rule among his brothers.

Bianca Odinakachukwu Ojukwu was born on the 5th of August in 1968 she was crowned the Most Beautiful Girl In Nigeria (MBGN) in 1989, before becoming her successor to Miss Africa in the 1989 pageant which was held in Gambia. She represented Nigeria in the two events, Miss World in Hong Kong as well as Miss Universe in Mexico. She gained a huge following across the globe and was even more successful when she was crowned Miss Intercontinental that same year. The very first African Beauty Queen to win Miss Intercontinental in 1989.
Bianca Ojokwu was named Miss Congeniality at the extinct Miss Charm International in Russia in which she also was a semi-finalist.

In the year 1990, The Beauty Queen met the lover of her life, late Chukwuemeka Odumegwu Ojukwu. He was the politician who was her father’s friend more than thirty years older. Their romance was a controversial affair it was a huge national talk issue. However, as is said “love will always conquer” She was married to her former Biafran leader in a lavish ceremony that took place in Abuja.

Their union was blessed with three children.

The demise of her husband caused quite a bit of controversy and discontent among her fellow wives and children, as her husband passed on the majority the will of him to his wife.

Bianca Ojukwu is one of the few women in Nigeria who is regarded as “Beauty with Brains”. She was a queen who was more than a beauty pageant.

Bianca is a business-minded woman who runs a beauty and skin Clinic in Enugu.

As of 2011, Bianca Ojukwu was appointed as Senior Special Assistant on Diaspora Relations by President Goodluck Jonathan.

She was the Ambassador of Ghana to Ghana and later, Ambassador to the Kingdom Of Spain.

In the year 2016, Bianca Ojukwu received a master’s degree in International Relations and Diplomacy from Alfonso X el Sabio University in Spain. She is Nigeria’s Permanent Representative to the United Nations World Tourism Organization.

Bianca Ojokwu holds many traditional titles in her homeland as well as the most prestigious chieftaincy title that women are granted in her faith.

In March 2022 Bianca Ojukwu slapped the former first lady, Ebelechukwu Obiano as a self-defense measure to protect her from a verbal attack during the inauguration ceremony of His Excellency Professor. Chukwuma Soludo the new governor of Anambra State.

She was all over the news recently for vehemently slapping the wife of former Governor Willie Obiano. What leads to the violence? Although before the news circulated, it was rumored that the reverse was the case and we all thought that Bianca Ojukwu was on the receiving end, though it was said that because Mrs. Obiano stood up from her seat and walked up to where Mrs. Ojukwu sat, many people, including reporters, felt she (Mrs. Obiano) was the one who assaulted the other.

The incident is alleged to have occurred immediately after Mr. Soludo took his oath of office.

Next post Reviewing All The Prospective New Chelsea Owner