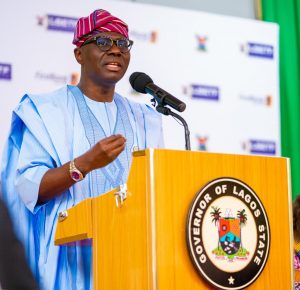 Governor Babajide Sanwo-Olu of Lagos State has ordered an immediate probe of the collapse of a 21-storey building in Ikoyi, Lagos State.

Sanwo-Olu, in a statement on Monday signed by the Commissioner for Information and Strategy, Gbenga Omotoso, said the report of the probe would be made public in due course.

The governor, however, expressed sadness over the death of some people in the building collapse, while calling for calm over the incident.

According to Sanwo-Olu, the state government has arrested the owner of the collapsed building and will be prosecuted to the full extent of the law.

He stated that the Lagos Rescue Unit (LRU), Lagos State Fire Service and Lagos State Ambulance Services (LASAMBUS) were already on the site, battling to save the lives of those under the rubbles.

Part of the statement reads: “With the combined efforts of the Lagos Rescue Unit (LRU), Lagos State Fire Service and LASAMBUS, not less than three victims of the collapsed 22-storey building on Gerald Road, Ikoyi were rescued, while rescue operations continued.