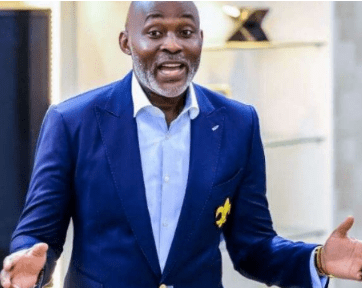 “RMD” the abbreviation became popular due to his constant appearance on the scene and probably because he has a long name together. RMD as we can tell stands for Richard Mofe-Damijo. He is a Nigerian actor, writer, producer, lawyer, and former journalist.


How Old is Richard Mofe-Damijo

The Delta State-born actor attended Midwest College, Warri, and Anglican Grammar School and was a member of the Drama Club. He continued his study at the University of Benin, where he studied Theatre Arts. Mofe-Damijo returned to the university in 1997 to pursue a degree in law at the University of Lagos, where he graduated in 2004.

Following graduation, Mofe-Damijo appeared in the soap opera Ripples but he rose to prominence as the villain Segun Kadiri in the rival drama Checkmate.

He has previously worked as a writer for Concord Newspapers Metro Magazine and Quality. Out of Bounds was his first movie in which he was credited as a writer and producer. Mofe-Damijo was named Best Actor in a Leading Role at the African Movie Academy Awards for the first time in 2005. He and Nigerian journalist, Mimi Fawaz co-hosted the 2016 GLO-CAF Awards on January 5, 2017. He received a Black Star Honor at the Rhymes on Da Runway in Gold Coast, Ghana event on December 8, 2021.
RMD Political Career
In 2008, Mofe-Damijo was named Special Adviser on Culture and Tourism to then Delta State Governor, Emmanuel Uduagha. In 2009, he was appointed Commissioner for Culture and Tourism in Delta State, Nigeria. His term was over in 2015.
Mofe-Damijo was married to journalist/publisher and talk show host, May Ellen ‘MEE’ Ezekiel. After her death in 1996, Mofe-Damijo married a TV personality, Jumobi Adegbesan, who later left TV presenting for the corporate world.

He has five children: two with his current wife and three from his previous marriage.

Richard Mofe-Damijo is estimated to be worth $7 million.

How much is RMD’s net worth?

Richard Mofe-Damijo is estimated to be between $5-7 million.

Who is RMD’s current wife?

Who is RMD’s first child?

Where is RMD from in Nigeria?

Mofe-Damijo is a native of Aladja community of Udu Kingdom, Delta State.

What tribe is RMD?

He is an Urhobo man, despite having an Itsekiri name.

Who is Richard Mofe-Damijo’s first wife?

RMD’s first wife was May Ellen Ezekial Mofe-Damijo (1956 – 1996), popularly known as MEE. She was a Nigerian journalist and writer who founded and published Classique magazine. She died in 1996.