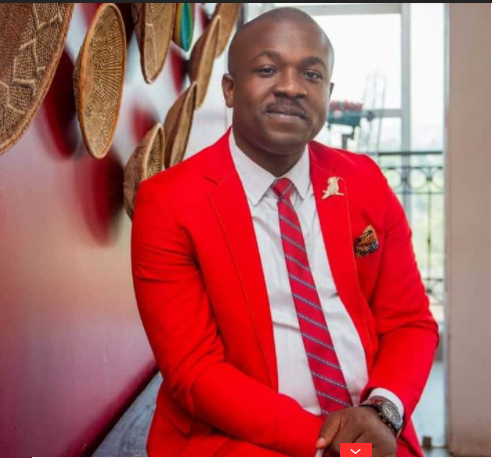 Mr. Marksman came from a humble background. Born into a modest family in Abia state in 1989, He developed a passion for engineering which lead him into the hustle of bricklaying. Over the years it was said that through hard work, consistency, and faith, he was able to establish himself and set up multiple businesses including his major investment firm – Chinmark Group.

Chinedu Ijioma has a thing for giving to society, before the start-up of Chinmark Foundation, Marksman Chinedu has reached out to hundreds of people through food items, finance, etc, and is still doing so through the foundation.

A Quick Glance At Ijomah Chinedu

Marksman Chinedu Ijiomah attended Beryl Comprehensive College for his SSCE after finishing his basic education. Following that, he was accepted into the famous Enugu State University of Science and Technology (ESUT),. obtaining a Bachelor of Science in Civil Engineering

He also holds a Doctor of Science degree in Business Administration and Management from the (Issuing Institution) (Dsc.Hons).

What is Chinmark Group About?

From what they have on their official Linkedin Page, here is the description of the company.

About us. Chinmark Group is a multinational conglomerate that caters for the most important needs of every African and to an extension every human on earth. ~Building Quality structures ~ Helping all men gain more wealth through investment ~ Creating hygienic food from the arable land we have for the common man.

He is said to be a very philanthropic individual as the internet is filled with a lot of appraisals and positive things he had done for people and some communities.

– He gave a house to an old woman who was staying in a thatched house with her kids.

– He helped a woman in an interior village who had just given birth to a set of triplets by giving out food items and provisions to cater for both the nursing mother and newborns.

Before he established the now rested business, which is not so different from other Ponzi Schemes, Marksman was famously known for his motivational speeches in Churches.

No wonder when he established the Chinmark investment platform, which promised investors mouth-watering return on their investment monthly, it did not take time before many Nigerians embraced the platform.

Even after the Securities and Exchange Commission, SEC, had disowned the platform last year, not many people heeded the warning.

Ominous signs started late last year when the Group suspended payment of investors. Though some of the customers, including one of the promoters, Amanda Chisom suspected that things were no longer well, the Company insisted that there was nothing to worry about.

However, things got worse as days went by and investors discovered that Chinmark Group has locked up all the comment sections of their social media pages, thereby making it hard for investors to air their views.

The growth of the company was not so surprising as he surrounded himself with influencers such as top gospel music ministers, Yadah, Owie Abutu, Prospa Ochimana, and Amanda Chisom.

In his Facebook post, Chinmark and his group claimed to have resumed payment to their investors on March 16, 2022.

Thank you for being here with us, for staying stronger, and for believing in us.

“These early months of 2022 have been very challenging for our organization, against this background, our company doubled down on its efforts to grow sustainable value for our customers, our employees, and you, in the other sectors that we currently serve (Hospitality, Transport, Food, and Logistics), and hence, most of our financial performance indicators improved.

“From the proceeds of our business (Hospitality, Transportation, Food and Logistics) despite our operational bank accounts being frozen by Securities & Exchange Commission (SEC) on December 21, 2021, till date, we resumed payment to our partners on March 16, 2022; so far, out of 4966 partners, we have been able to pay 500 partners following an arithmetic order from our backlogs.

“In a bid to show transparency in our dealings as always, full names of paid partners ought to have been published today but several calls/messages/emails from our distinguished partners have further restricted us from doing this.

“Let me reassure you that your money is safe with us and we remain committed to repaying all partners soonest, update on partnership repayment will be provided always and your Managers will call to follow up; until then, I would humbly request you to kindly bear with us.

“With our operating performance growing strong, we will be providing timely updates in all areas as it affects your pending partnerships with us and other sectors that we have a business presence in. We look forward to fully resolving this matter against the Securities & Exchange Commission (SEC), and we are determined to learn all that we can from this incident to be smarter, stronger, and better as a company.

“We might not be able to fully purge ourselves soonest from the negative effects that this crisis caused our businesses in the other sectors and our customers’ mindset, your loyalty is reflected in our Net Promoter Score (NPS), which measures the likelihood of customers recommending Chinmark Group (Transportation, Food Services, Logistics Services & Hospitality) to others; this score has significantly and steadily improved over the years and we humbly ask that you keep patronizing our businesses to enable us to pass through this phase successfully.

“In a world that looks increasingly fragile and challenged to deal with existential threats to our health, environmental, social, and economic future, we at Chinmark Group will keep living up to our purpose for 2022 and beyond; Chinmark Group solidity and value creation power remains strong and keeps growing.

“For all the inconveniences and frustrations that the delay in the repayment of this capital has caused you, we are very sorry and we apologize for all. We understand that people’s dreams and a lot of plans have been put on hold by this delay, please accept our sincere apology.

“We have received lots of petitions from Government agencies by aggrieved partners, we truly understand how you feel; we humbly ask that you remain calm and exercise more patience while we sort out these repayments and pass-through this crisis as these petitions are affecting timely execution of our business operations – which we depend on to make repayments.

“On behalf of our leadership team and all Chinmark Group employees, we thank you for your trust and ongoing support. Thank you for trusting the Chinmark Brand. We do not take it for granted, and once again, we reassure you that your funds are safe.

“All our branches are fully open to serve you.”

However, contrary to his post, no other thing has been heard from him two weeks after.

And his investors, who spoke with DAILY POST said this was a total lie and a sort of damage control, more so as he failed the challenge thrown at him to publish the names of the said beneficiaries.

The Aftermath of The Ponzi Scheme

There have been a lot of panics and drastic reactions after the realization fell upon the investors and customers of this company that the company may have been a front, a scam, or a failed financial firm and hence they may never get their investments back.

One of the investors who invested in the crashed Ponzi scheme, Chinmark Group, identified simply as Nuella has been reported dead after she attempted suicide.

It was gathered that Nuella (not real name), invested huge funds from her family’s account into the Chinmark Ponzi scheme, but after getting series of disappointments from the Chief Executive Officer, CEO, Marksman Ijioma Chinedu, she could no longer bear the pain and embarrassment but resorted to suicidal attempts which led to her demise.