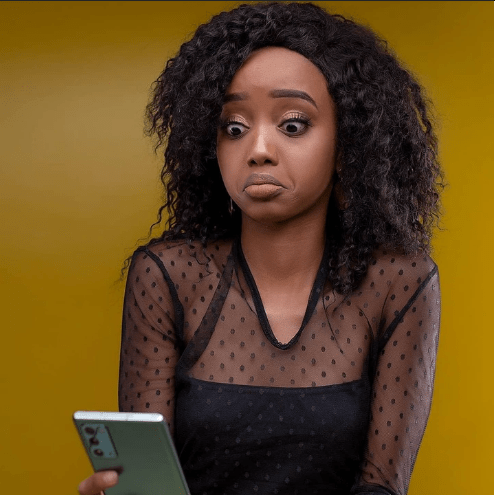 Foi Wambui Karanja Popularly known as Auntie Foi was born in the Eastlands, Nairobi County, and also raised there. She is a media personality and a known YouTuber.

A Quick Glance At Foi Wambui


How Old is Foi Wambui?

She studied both primary and secondary education in Nairobi, then entered law school. However, she dropped out of law school to try acting before she finished her course. Foi Wambui states that it was painful to drop out of law school, but it was worth it.

She used to be the host of Shujaaz magazine‘s ‘Empress Radio Show.’ For two years, she hosted (2017-2019). She, alongside DP Weke, Sam Flinch, and Manasseh, is the host of Switchboard on Switch TV. She joined the show after Ann Mwaura’s departure on 13 August 2019. She runs a channel on YouTube named Foi Wambui where she posts vlogs of educational knowledge and lifestyle.

She is a talented media personality, a theatre and screen actress, vlogger, and producer of digital content.

Foi Wambui known to her fans as Auntie Foi is a budding artist. Wambui is a YouTube content creator, actress, and TV host. She hosts Switchboard (Weekends at 4 PM) alongside DJ Flinch, DP Weke, and Manasseh on Switch TV.

She began acting back in high school where, during the national drama festivals in 2014, she received the ‘Best Actress’ award. She later starred in two short films, Uhuru and Malaika, and was nominated for the 2019 Kalasha Awards.

The bubbly presenter was recently a guest on the Chatspot show hosted by Jackie Matubia, Nonny Gathoni, Kush Tracey, and Mary Mwikali. During the interview, Foi revealed that she left law school for Media.

How did it all start?

Foi started acting back in High School, she played all manner of roles. At some point, she even played a male character. Her talents saw her win a National award for the best actress during the Drama Festivals in 2014. This accolade made her realize that she had a talent in something she actually enjoyed. “Deep down I knew I wanted to pursue acting even before joining college” she went on to say.

As she went about the business of becoming a lawyer, Foi landed a Radio gig as a presenter. It is during this period that her love for the arts got rekindled.

She did all this for fun, her increasingly growing audience also seemed to enjoy the content which was quite encouraging. Later, she commercialized her content which was an extra source of income. The demands of her work outside of school made her decide that it was best to quit college and focus on Media. She however does not encourage her fans to quit school, but rather look for other opportunities and options before quitting.

She linked up with a few friends and they started producing short videos on different genres as content for online platforms. Foi’s efforts have been recognized with a nomination in the 2019 Kalasha Awards scheduled for late November.
So how is life working with an all-male crew?

SwitchBoard is her first TV job which is something she really cherishes. She is also the only girl in the show.

It is very interesting; they are a cool gang. At first, it was very intimidating but over time we gelled. I have learned so much from my colleagues. You would think interviewing skills come naturally. It is not easy and is super grateful for the opportunity.

Foi concluded by saying that she was just getting started. She wants to pursue film and tell Kenyan stories. This is just the beginning.

Foi Wambui actually says she is single, but she is interested in going on dates in search of a partner for life.

Foi says her utmost ambition is to become a foreign actress and star in Hollywood and Netflix when she does it in life.