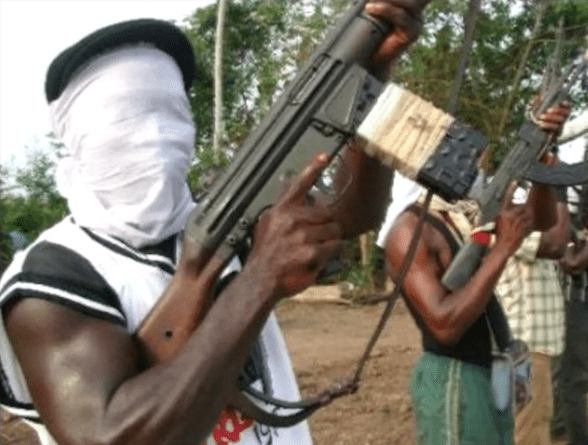 Anambra State Governor, Governor Chukwuma Soludo has stated that Igbo those individuals from other states are the “unknown gunmen” terrorizing Anambra state, they are not from the state.

Governor Chukwuma Soludo also said this in during his state broadcast where he announced a 6 pm to 6 am curfew in seven Local Government Areas in Anambra state, where the actions of the criminals called unknown gunmen were prevalent.

Chukwuma Soludo who even prohibited the use of tricycles better known as (Keke Maruwa) in numerous of the affected Local Government Areas in Anambra state, told the curfew would remain in the state until calmness is repaired. he added

Soludo said “Let us be very precise. These criminals who are causing havoc in Anambra state, albeit of disparate parties and teams, are Igbos who are from other South-East states whose real purpose is lucrative lawlessness and imposing their idol-worshiping faith on the state, that won’t let happen in my state, he said,

The governor “Regardless, every illegal gang (including cult groups) pleads to be a “freedom movement”, making it hard to distinguish between any real troublemakers from lawbreakers. Unfortunately again, the criminals now conquer the space in the state and this has been giving my people sleepless nights” he spoke.

According to what he said in the statement, Anambra state is the main target because it is the most lucrative area for kidnapping for ransom in the South-East.

Governor Chukwuma Soludo of Anambra State also stated that with their massive rumors machine supported mainly by their patrons from overseas and other parts of the states, they have pushed everything to brainwash the individuals with all types of false expressive narratives and distract awareness from their true mission, just to give the state bad name.

According to The Governor, they declared to be “fighting for the people of the state”, and yet randomly kill the same people, ruining their livelihood, and preventing their kids from going to school and also from movements at all. he said,

These people have made life miserable for so many families, still, they don’t care about their pain because they are being sent by big people who things they can hide forever,

“What has fever got to do with abductions including the kidnapping of the man of God, attack of churches and tabernacles also a desecration of the Alters of God? Why is it that about they gather and in every base they work, there is a God/idol to which they routinely sacrifice blood in the gift?”

our state has always been a peaceful and loving state, a place everyone loves visiting and I won’t allow those criminals to spoil the image of the lovely state, no matter where they are, I will make sure we fish them out and they must face the law, he stated
“From reports of those abducted and subsequently freed the stink of lifeless bodies in the centers to cry up to paradise. We see a lot of videos of many of them and their evil worship; we report their dangers to pastors and bishops, including intimidating to take over some churches?” he questioned.

According to the governor, “they have failed, and would continue to fail because this state is not for them and can never be for them.” he said

we want the good citizens of the state and country to please work with us to make sure these criminals won’t go free with all their evil did, please always report unwanted movement in your environment and make sure you let us know if you’ve seen or know anything about them, with this will can capture them, he said.

Previous post Otedola Bridge And Fuel Tankers Falling Is Like Air And Skin, Nigerians After Another Accident

Next post How Will 109 Inmates Attack Abba Kyari And No One Touched Him? He be ghost?