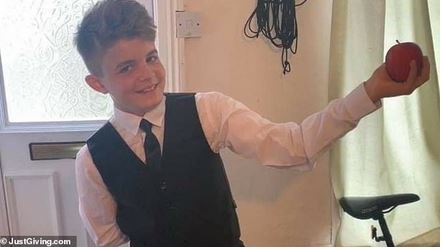 The convicted teenager had stabbed Roberts multiple times before he lost his life.

A 15-year-old boy who killed his 12-year-old friend has been convicted after luring him into woodland and attempting to decapitate him.

Roberts Buncis was found dead in Fishtoft, near Boston in Lincolnshire, on 12 December 2020- two days before his 13th birthday.

The convicted teenager, who cannot be named for legal reasons, had stabbed Roberts multiple times.

A trial at Lincoln Crown Court heard that the defendant ‘intended at the very least to inflict serious violence’ on his young victim because ‘he was a snitch’.

The teenager claimed Roberts had taken the knife to the scene and he ‘lost control’ when the youngster attempted to stab him.

He claimed he “lost control” when the youngster attacked him.

Jurors dismissed the defendant’s account after under two hours of deliberations, and instead concluded he was ‘motivated by anger and tried to punish the deceased rather than losing self-control’.

The youth admitted manslaughter mid-way through his trial but denied murder.

Addressing the defendant after his conviction on Monday, Mr. Justice Jeremy Baker told him: ‘You have been found guilty of the murder of Roberts Buncis.

‘In due course, a sentence will have to be imposed upon you.

‘The type of sentence will be explained to you I am quite sure, but the actual sentence will have to be the subject of discussion between counsel and myself.

‘You will remain in custody in the meantime.’

Adjourning the case to a date to be fixed, the judge told the youth’s barrister: ‘I am not intending to proceed to sentence this afternoon.

‘I fully understand that there may well be material which the defence and possibly the prosecution, will want to provide to me, which will be relevant to the sentencing exercise.

‘It may be that you would like to give some thought to the nature of that material.

‘In any event, it’s not a straight-forward sentencing exercise, and I would welcome input from both yourself and the Crown as to the appropriate sentence in this case, as far as length is concerned.’

The judge, who excused the jurors from further jury service for the next five years, said he would consider an application to lift reporting restrictions in the case at the sentencing hearing.

Acting on behalf of the youth, defence QC Brendan Kelly admitted the violence was ‘extraordinary’ but submitted it indicated a ‘loss of control’ from the defendant.

Addressing the jury during the trial, the prosecution told the jury the murder was ‘brutal’, ‘sustained’ and ‘gratuitous’.

The teenager was remanded in custody until sentencing at a later date.