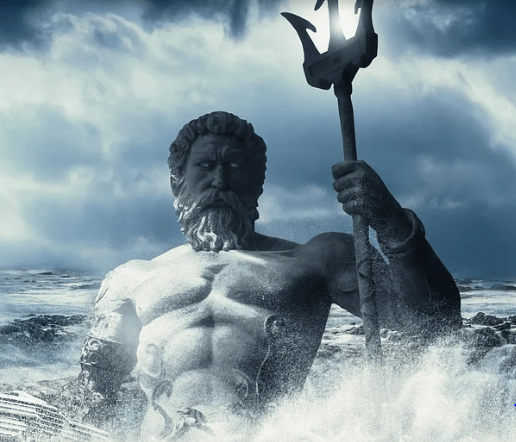 A woman by the name of Tammy Heba lashed out on facebook concerning her believes and how it has impacted her life! Read below

Woman Accuses God of Being A Psychopath

Jesus is coming back…

…. The Prophecies are UNfolding

God’s a psychopath, he abuses you with sicknesses

God’s a psychopath, he abuses you with sicknesses and then demands love, if you don’t love him he threatens you with hell. He encourages ripping babies out of wombs (Hosea) killing your children (Leviticus, Kings), rape and murder (a lot of places in the bible) and he sends plagues (exodus), wipes out all life on the planet except two of each species (Noah) because (according to him) one species – man – became too violent. Here is God threatening you: Leviticus 26: 4 ” But if you will not listen to me and carry out all these commands, 15 and if you reject my decrees and abhor my laws and fail to carry out all my commands and so violate my covenant, 16 then I will do this to you: I will bring on you sudden terror, wasting diseases and fever that will destroy your sight and sap your strength. You will plant a seed in vain because your enemies will eat it. 17 I will set my face against you so that you will be defeated by your enemies; those who hate you will rule over you, and you will flee even when no one is pursuing you.

18 ” If after all this you will not listen to me, I will punish you for your sins seven times over. 19 I will break down your stubborn pride and make the sky above you like iron and the ground beneath you like bronze. 20 Your strength will be spent in vain, because your soil will not yield its crops, nor will the trees of your land yield their fruit.
21 ” If you remain hostile toward me and refuse to listen to me, I will multiply your afflictions seven times over, as your sins deserve. 22 I will send wild animals against you, and they will rob you of your children, destroy your cattle and make you so few in number that your roads will be deserted.

23 ” If in spite of these things you do not accept my correction but continue to be hostile toward me, 24 I myself will be hostile toward you and will afflict you for your sins seven times over. 25 And I will bring the sword on you to avenge the breaking of the covenant. When you withdraw into your cities, I will send a plague among you, and you will be given into enemy hands. 26 When I cut off your supply of bread, ten women will be able to bake your bread in one oven, and they will dole out the bread by weight. You will eat, but you will not be satisfied.

27 ” If in spite of this you still do not listen to me but continue to be hostile toward me, 28 then in my anger I will be hostile toward you, and I myself will punish you for your sins seven times over. 29 You will eat the flesh of your sons and the flesh of your daughters. 30 I will destroy your high places, cut down your incense altars and pile your dead bodies[b] on the lifeless forms of your idols, and I will abhor you. 31 I will turn your cities into ruins and lay waste your sanctuaries, and I will take no delight in the pleasing aroma of your offerings. 32 I myself will lay waste the land so that your enemies who live there will be appalled. 33 I will scatter you among the nations and will draw out my sword and pursue you. Your land will be laid waste, and your cities will lie in ruins. 34 Then the land will enjoy its sabbath years all the time that it lies desolate and you are in the country of your enemies; then the land will rest and enjoy its sabbaths. 35 All the time that it lies desolate, the land will have the rest it did not have during the sabbaths you lived in it.
36 ” As for those of you who are left, I will make their hearts so fearful in the lands of their enemies that the sound of a windblown leaf will put them to flight. They will run as though fleeing from the sword, and they will fall, even though no one is pursuing them. 37 They will stumble over one another as though fleeing from the sword, even though no one is pursuing them. So you will not be able to stand before your enemies. 38 You will perish among the nations; the land of your enemies will devour you. 39 Those of you who are left will waste away in the lands of their enemies because of their sins; also because of their ancestor’s sins, they will waste away.
40 ” But if they will confess their sins and the sins of their ancestors-their unfaithfulness and their hostility toward me, 41 which made me hostile toward them so that I sent them into the land of their enemies-then when their uncircumcised hearts are humbled and they pay for their sin, 42 I will remember my covenant with Jacob and my covenant with Isaac and my covenant with Abraham, and I will remember the land. 43 For the land will be deserted by them and will enjoy its sabbaths while it lies desolate without them. They will pay for their sins because they rejected my laws and abhorred my decrees. 44 Yet in spite of this, when they are in the land of their enemies, I will not reject them or abhor them so as to destroy them completely, breaking my covenant with them. I am the Lord their God. 45 But for their sake I will remember the covenant with their ancestors whom I brought out of Egypt in the sight of the nations to be their God. I am the Lord. “

READ ALSO: Young People Are Turning Away From Religion At Dramatic Rates, Leading To Surge In Church Closings

46 These are the decrees, the laws, and the regulations that the Lord established at Mount Sinai between himself and the Israelites through Moses.
The Jesuits wrote the Bible. Religion is one of the biggest things that keep people divided. So it’s not so much prophecy playing out, it’s just the script that the evil Jesuits wrote long ago and they’re just following their script, they know how we will react to stuff before we even know what we will do, that’s why all of their plans work I:E c0v|d etc. They will probably bring on huge deceptions like alien invasion Jesus returning stuff like that.

You are Reading: Woman Accuses God of Being A Psychopath

It Bothers me so much when people say “Jesus is the only way to God” because Christianity isn’t even the oldest religion, it boasts a father sacrificing their son( disgusting) and there are a lot of religions that don’t teach or even know about Jesus so it’s pretty dang arrogant when people say that.. I study religion, linguistics, signs, and symbolism and ask very interesting stuff. People need to realize that every single religious person believes with all their heart that their religion is the truth and the way.. so, what if a religion that we know nothing about and have never heard of is actually the true one… That would be pretty mean of God to do to the people that never had the privilege to learn that religion. When you really think about religion, I mean really sit and think about it, it really just seems like the biggest deception and divider. If I were God and I wanted EVERYONE to follow my word, the first thing I would do is only have ONE book and ONE religion, the second thing I would do is make the book so very easy to understand. But instead, we have THOUSANDS of religions and a book that’s been translated by man over and over and still makes ZERO sense, and everyone who reads it comes away with a different meaning for every single sentence in it. My biggest problem with ” God” is all the horrible things that happen to innocent people( this includes children) what kind of God allows these horrible things we hear of happening? People don’t even try to explain that to me because there is no good explanation for that… Ever!

It promotes sacrifice but it also promotes cannibalism and I just can’t get behind any of that, I know there is something greater but it’s never what they push on us.
People don’t see the Twisted demonic evilness through the eating of somebody’s body…. Flesh, and drinking their blood as a SATANIC Ritual????

Previous post Daughters Accuse Their Father Of Sleeping With Them

Next post Nigerian Fraud Suspect Extradited to the U.S. over Alleged $148,000 Scam