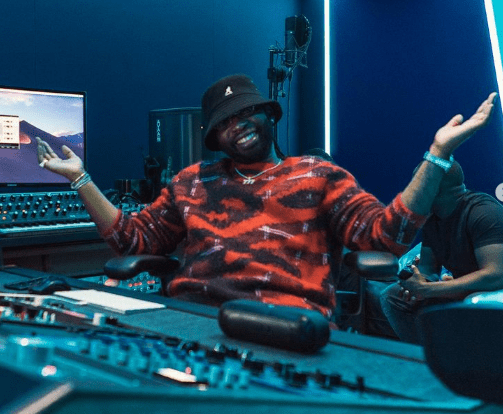 Jonathan Mensah who has been popularly known as JAE5 is a British/Ghanaian producer, best known for executive producing UK Hip Hop artist, J Hus’ critically acclaimed album “Common Sense”. The album was certified Gold in the UK, and peaked at number 6 on the UK Albums chart. While he is known for blending genres, his music has been famous for being heavily influenced by Afrobeats.

A Quick Glance At JAE5


He was also involved in the production of Hus’ other acclaimed projects “The 15th Day” and “Big Conspiracy”. JAE5 has created beats for several big names including Dave, NSG, Shakka, French Montana, Future, Mark Ronson, Burna Boy. Via Burna, he won a Grammy award for his work on the critically acclaimed album “Twice As Tall”.

JAE5, the second of 5 boys gave growing up in East London Plaistow an 8 rating. He revealed that “there were no problems in life”. He has revealed that his older brother initially influenced his listening to music. According to him, he played Garage, Hip Hop and House music 24/7. He told Fader, in a 2017 interview that his older brother “would collect CDs and play them all day”.

He also describes moving to Ghana at the age of 10 as a heavy influence on his musical taste. At the time he said, he would mess around with “DJ software and Fruity Loops and stuff, because that was the only thing to do, literally”. In Ghana, he was exposed to Reggae music, especially Lucky Dube because his mom and her brothers were very huge fans. There was also Celine Dion playing.

He was also influenced by Ghanaian music. According to him, his mom was into “hiplife, Ghanaian artists. So, Kwabena Kwabena, and just a whole wide array of music”. One of his best experiences was going to see Shaggy Live in Ghana.

After taking production courses with a non-profit, APE Media, and getting influenced by an uncle, who was a rapper (Blem, or Blemish) at the time, he began his production journey. He was under his uncle’s JOAT label at the time.

JAE-5 has 4 brothers. Two members of the UK Hip Hop group, NSG, OGD and Kruddz are his brothers. The group was described by Vice as “UK’s best group”. He is credited for producing some of their songs.

JAE-5 is active across all social media platforms including Instagram, Twitter, and more. He is also managed by 2K Management. Fans and artistes can connect with him by either following him on social media @JAE5.

In March 2021, JAE5 announced that he would be releasing his debut single “Dimension” featuring contributions from Nigerian Afropop star, Rema and UK Hip Hop star, Skepta. However, he also shared more sad info of his retirement. He revealed he would be retiring after the song’s release, and a second single featuring OFB’s Bandokay and Double Lz.

About “Dimension”, he revealed he wanted to do something that fully represented him. “It had to be heavily influenced by Afrobeats and the UK Urban scene”. The song’s somewhat futuristic video was directed by Ebeneza Blanche.

Where is Jae5 From?

Jonathan Mensah a.k.a JAE5 has always been vocal about being British Ghanaian. In an interview with Fader in 2017, he revealed that his family is originally from Ghanaian. However, he was born in and lived the first 10 years of his life in East London. He describes it as (0 – 10). He revealed that he and his brothers were sent back to Ghana for proper “discipline” by the time he was 10. He revealed that he had been up to so much trouble prior to the decision to move. He stayed in Ghana for 3 years, until he was thirteen, when he moved back to East London with his older brother.

JAE5 has not shared the exact date of his birth to the public. However, a feature on him by Fader in 2017 revealed he was 24 at the time.

JAE5 is yet to reveal the exact estimate of his net worth to the public. However, with how busy he is, and the amount of work he puts in, he should have an impressive stack in the bank.