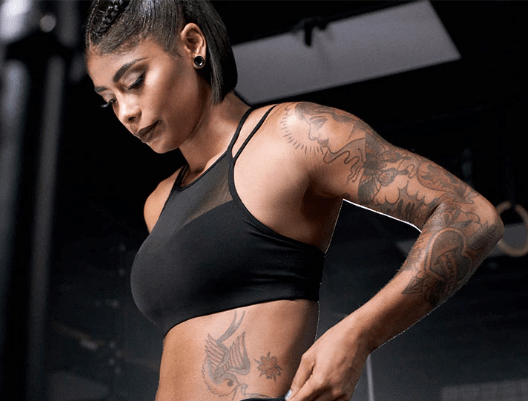 All We Know About Massy Arias, Biography, Life, Networth, Scandals

Massy Arias, formerly known as Mankofit, is a Dominican-American certified health coach and personal trainer with over 2.6 million Instagram followers. The health coach and personal trainer started her fitness journey more than seven years ago as an act of self-love after struggling with depression. At age 14, Massy became a resident of the US. She said:

”I was born in the Dominican Republic and lived there with my mom, a nurse practitioner, my dad, an auto repair shop owner, and five brothers until I was 13.”

A Quick Glance At Massy Arias

Her older brother had developed a rare and severe case of Burkitt’s lymphoma and Massy gave up a scholarship at the State University of New York at Cortland. She enrolled into the Queen’s College and went back and forth to become a caregiver to her ailing brother. Massy moved from her Caribbean home country to L.A. in the hope of a better life. At the age of 16, and learning to be independent in a new country with limited English, she faced many struggles early on.

In 2014, she earned her personal training certification from the American Council on Exercise.

Later, Massy started on a mission to help women everywhere feel better about themselves through exercise and nutrition.

In the present day, Arias is an advocate against body image issues, a lifestyle coach preaching the right methods to enhance one’s life, a fitness trainer to celebrities and common people alike, and a renowned model gracing covers of magazines like Latina.

In 1992, Canadian model Lana Ogilvie was crowned the first black CoverGirl. Since then, more boundary-breaking women of color, like Queen Latifah and Sofia Vergara, have joined the ranks. And if 2017 is any indication, that longstanding tradition is reaching new heights.

Less than a month after Issa Rae and Ayesha Curry announced they were “CoverGirl Made,” Dominican fitness star Massy Arias has also joined the cosmetics family. The personal trainer, more popularly known as “MankoFit,” has amassed an impressive following, thanks to some strenuous workouts, expert food advice, and adorable moments with her daughter, Indi. Now, she’ll bring that infectious energy to CoverGirl, where she’ll likely merge her health expertise with all things beauty.

Massy Constantly Included Her Kid In her Workout Sessions which triggered a couple of negative reactions from observers. After another person criticized her —writing “I really can’t understand y cant [people] leave their kids safety aside to workout instead of using them as added weights…”— Arias had enough and responded in all caps: “I respect your opinion but with all due respect I don’t appreciate that from the moment I said I was pregnant, and still today, people are suggesting I’m not the type of mother who will not protect her child.”

Following the back-and-forth, fans of the trainer wrote her messages of support telling her to ignore the haters.

She started sharing her fitness journey on Instagram when a single photo catapulted her to the start of social media fame. “I posted a picture of my stomach and it just blew up,” she says. “All of a sudden I had 10,000 followers.

Arias earned most of her wealth from coaching people to become the best version of themselves. In addition, Massy publishes paid posts on her Instagram account (which has over 2.7 million followers). On an account of this level, she can earn at least $20,000 per sponsored post.

She also founded the wellness brand TruSupplements. Therefore, Massy Arias has an estimated net worth of $1 million.

During a recent interview, Massy opened up about suffering from anxiety and postpartum depression after giving birth to her daughter.

“Postpartum depression was really tough. And here I was trying to breastfeed with bleeding nipples.”

Her diet consists of the following meals:

In 2015, Arias considered going vegan. It is unclear if she actually did.

”You will not “fix” the rest of your life in a single day.”

”The most captivating attribute a woman can have is just that – CONFIDENCE.”

”Monday’s are meant to be crushed.”

”You are the artist of your own life.”

”My goal used to be to change the world.”

”I was also frustrated with the fitness industry in general for being deceptive.”

”The love of my life is growing up and I can’t handle it.”

”I don’t like that type of attention. I am really simple.”

”You may not see it today or tomorrow, but you will look back in a few years and be absolutely perplexed and awed by how every little thing added up and brought you somewhere wonderful.”

”No amount of regret can change what has already happened. And no amount of anxiety can control the future.”

”Strength & conditioning workouts are perfect for the summer.”

”Hard work and dedication will get you where you need to go.”

A full and detailed interview with Massy Arias on Slaylebrity

Previous post Earlier Generation is Better Than This Woke One!

Next post REMO: So These APC People Had ₦100m And None Of Them Donated During The #COVID19