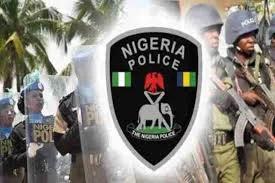 Reactions were yesterday divided on the directive by the Inspector-General of Police, Mohammed Adamu, to policemen to use their firearms to defend themselves when their lives were in danger. The IGP had issued the order at Ebonyi State Police Command headquarters, Abakaliki, in view of the recent #EndSARS protests and calls for a fresh campaign against the Special Anti-Robbery Squad, SARS.

While Ohanaeze Ndigbo, chairman of United Progressives Party, UPP, and Coalition of Democrats for Electoral Reforms, CODER, saw nothing wrong in the IGP’s directive to his men, Afenifere chieftain, Chief Ayo Adebanjo, Chief Supo Shonibare, Benue tribal leaders and Second Republic lawmaker, Junaid Mohammed, described the order as unfortunate, saying the police boss had given his men license to kill.

However, addressing officers and men of the police force, Adamu asked them to use maximum force to suppress any form of violent protests, following laid down rules of engagement. He called on Police officers not to be demoralized by the negative impact that trailed the #EndSARS protests, adding that police high command had put modalities in place to ensure improvement in the welfare of all serving and retired officers. Use your firearms — IGP He said: “When your life is danger, use your firearms. You are not meant to kill but to maim. Shoot the suspect on the leg, not on the heart.

“#EndSARS protests created a lot of problems for the Nigerian Police and the country. These protests came as a result of what many people have been yearning about. “The #EndSARS started as a result of fake news provided by the social media. There have been lots of reforms that are being put in place.

“The #EndSARS protests started from Delta, to Lagos and other parts of the country. The motive behind the protests was not #EndSARS but attack on government. Police provided them cover. Their aim was not peaceful protest as it turned violent a few days after.

The reason was to attack the police that can protect the citizens and corporate offices in the country. “Police has the capability to prevent loss of lives. We are meant to protect and not  to destroy lives. It was through maximum restraint we saved the country from anarchy. We proved that during the protests, the police can be trusted. “Other sectors were attacked; police was not only the worse hit. Nigeria police will never again accept such type of violent protest. If you want to protest, we will provide security but it should be within the law.

“We shall suppress violent protests with maximum force and follow the rules of engagement. Police officers are special breed of Nigerians, specially trained. When your life is danger, use your firearms. You are meant to maim and not to kill that person “The officers that died did not die in vain. We have promoted them and looked into the issue of compensation. Welfare issues will be addressed, including myself. We have health insurance scheme.

“In January 2021, there will be renovation of barracks and new ones will be built. Let us not be demoralized. Follow the rules of engagement. Go out with the authority that backs you in line with the constitution

” Our losses, by Ebonyi, Anambra CPs In his welcome address, the Commissioner of Police, Ebonyi State Police Command, CP Philip Sule Maku  stated that the Command lost four police officers, 11 police structures, a total of 20 vehicles, while 14 police officers sustained varying degrees of injury in the course of the #EndSARS’ protests in the country. The IGP gave a similar directive in Awka, Anambra State, vowing the the Police would never tolerate a repeat of violent protests in the country.

The Commissioner of Police in the state, Mr. John Abang, told the IGP that 19 personnel were victims of the protest, including four who lost their lives and 15 others that sustained injuries. “Twelve police formations were burnt and seven were vandalized. Two Armoured Personnel Carriers were damaged and 27 operational vehicles were vandalized,” he said.

Abang, however, assured the IGP that the Command was gradually recovering from the incident through the support of the state government and public-spirited individuals. Directive in order — Ohanaeze But reacting to the IGP’s order, Ohanaeze Ndigbo threw its weight behind the police boss, saying the directive was not new but a standing rule for the force.

Emeka Attamah, Special Adviser to Ohanaeze’s President-General, Chief Nnia Nwodo, said: “It’s a standing rule for any security outfit. Because you are keeping peace doesn’t mean you allow yourself to be killed. “Of course, if there is imminent threat of death, an officer has to defend himself. It is therefore advised that protesters don’t engage in riotous acts that can provoke the security operatives.”

Garba Shehu Bewaji, a former Minority Leader of the House of Representatives, said: “That kind of directive must be viewed in the context of what has transpired during the EndSARS protest when a number of policemen were killed. “That directive should not be taken in isolation or out of context. Of course, every citizen has a right to defend himself when he feels threatened. The right to self-defence is the right that belongs to every citizen, whether or not you are a police officer. “We should not forget that there are also laws on the use of force by the police. It is not that the police can open fire indiscriminately because there are several court decisions where police officers have been sentenced to death for killing a citizen.

“There are laws as to how firearms should be used by the police. If the police do not keep to the letters of that law, they are promptly apprehended.” IGP’s statement unfortunate—Ayo Adebanjo However, Afenifere leader, Chief Ayo Adebanjo, disagreed, saying he was surprised about the IGP’s directive. Adebanjo said: “These people (Police) have not changed, they are not the type of police that we should have. If the IG is still talking like this at a time they are killing mercilessly, who will decide whether their lives are in danger or not? “It is unfortunate for us and that is why I said if the Federal Government is serious about it, the IG and the Commissioners of Police should be sacked now.

“So, I am not surprised about his statement and people should know that they are not having the type of Inspector-General of Police they should have. They should all be disbanded.” An attempt to stifle freedom of expression –

Shonibare In his reaction, another Afenifere chieftain, Supo Shonibare, said: “The alleged directive of the IGP that force should be deployed to curtail and subdue peaceful #ENDSARS protest or any other peaceful protest is most unfortunate and an attempt to stifle freedom of expression. “In any democratic polity, the right to peacefully protest against government action or inaction is an inalienable right of the people. It’s not a privilege. The onus is on the Police to ensure that the protesters are secured to ensure that the event is not hijacked by hoodlums or fifth columnists.

“All Nigerians need to encourage responsible policing, able to protect human rights and better condition of service for the police and all our security forces. “In all these, accountability of those governing and the governed is a condition precedent to our being able to achieve a stable polity.” Benue tribal leaders, Middle Belt group kick In their reactions, Benue State tribal leaders kicked against the IGP directive. According to chairman of the leaders, Chief Iorbee Ihagh, the order is highly condemnable as it can lead to the killing of innocent Nigerians. Chief Ihagh, a retired Controller of Prisons, said it was improper to give such order as some personnel could capitalize on it to use their weapons on defenceless Nigerians.

He advised the Inspector General of Police to recant the directive before it becomes counterproductive and spark another round of protests. “It is an order that could lead to the killing of innocent Nigerians and as the President General of Mdzough U Tiv and chairman of tribal leaders I condemn it because it is not in the interest of the generality of Nigerians,” he said.

On his part, the Convener of the Middle Belt Movement for Justice and Peace, MBMJP, Comrade Joe Bukka, said the directive should be withdrawn as it was a blank cheque to the police to kill and maim Nigerians, even when not in danger. “How can the IGP issue such a directive when we all know that bad eggs in the force would capitalize on it to kill and maim innocent Nigerians?

“It is, therefore, highly condemnable that such an order could come from the IGP because the implication is that any of his personnel can feign danger and use his weapon against innocent Nigerians. “He should withdraw that directive immediately before they create a problem they themselves will not be able to handle because the entire country is charged and people are very angry with the level of hardship in the land.”

It’s clear govt has gone aloof – Junaid Muhammed Similarly, Second Republic lawmaker Dr. Junaid Muhamed, said: “It is a very serious comment on the state of affairs in Nigeria that the IGP finds it necessary to utter such statement. “The fact that the police are to protect the people does not mean that they should not protect themselves. Secondly, it was clear that some of the place the #EndSARS protest took place, violence ensued and fire arms were used. “The question is: Is the security situation in this country effectively handled? The answer is no. So when the security situation of the country is badly handled by the government of the day, it shows that everybody stands to lose and as far as I am concerned, unless the government of the day takes a decision which is above political interest to maintain law and order in accordance to the rule, there will always be problems.

“So it’s a clear indication that the people (government) who should protect the interest of the country have gone aloof.” CSOs slam IGP on directive In their reaction, some civil society organizations, CSOs, criticised the Inspector-General of Police, IGP Muhammed Adamu, for directing officers and men of the Nigeria Police Force to always use their weapons whenever they are in danger.

The rights to peaceful protest and assembly as well as the freedom of expression are all guaranteed in the 1999 constitution. So, the IGP’s directive to his officers and men is a violation of these basic rights.” In a similar vein, John Joseph Hayab, the Country Director of Global Peace Foundation Nigeria, faulted IGP Adamu’s order, which he said was incongruous with his obligations towards the Nigerian constitution. He said, “Nigerians will not be happy reading about how the IG has called on his men to start a new chapter of aggression against the people.