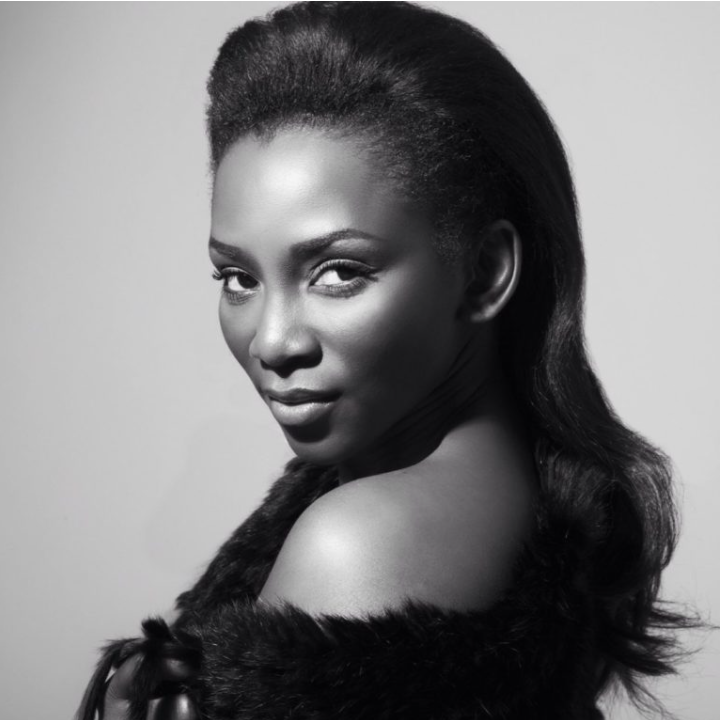 Genevieve Nnaji// (listen) (/ˈnɑːdʒi/; born on 3 May 1979) is a Nigerian actress, producer, and director. She won the Africa Movie Academy Award for Best Actress in a Leading Role in 2005, making her the first actor to win the award. In 2011, she was honored as a Member of the Order of the Federal Republic by the Nigerian government for her contributions to Nollywood. Her directorial debut movie, Lionheart, is the first Netflix film from Nigeria and the first Nigerian submission for the Oscars. The movie was disqualified for having most of its dialogue in English. After having spent decades in the movie industry, she was profiled alongside some celebrities and business executives in 2020 in two new books by the publisher and Editor-Chief of Yes International! magazine, Azuh Arinze.

A Quick Glance At Genevieve Nnaji

Genevieve was born in Mbaise, Imo State, Nigeria, and grew up in Lagos. The fourth of eight children, she was raised in a middle-class family; her father worked as an engineer and her mother was a nursery school teacher.

She attended Methodist Girls College (Yaba, Lagos), before proceeding to the University of Lagos, where she graduated with a bachelor’s degree in creative arts. While at the university, she began auditioning for acting jobs in Nollywood.

Nnaji started her acting career as a child actor in the then-popular television soap opera Ripples at the age of 8. In 1998, at the age of 19, she was introduced into the growing Nigerian film industry with the movie Most Wanted. Her subsequent movies include Last Party, Mark of the Beast, and Ijele. In 2010, she starred in the award-winning film Ijé: The Journey. She has starred in over 200 Nollywood movies.

In 2004, Nnaji signed a recording contract with EKB Records; a Ghanaian record label and released her debut album One Logologo Line. It is a mix of R&B, Hip-Hop, and Urban music. In 2004, Genevieve Nnaji was with the most votes after contending with other celebrities in the search for the face of Lux 2004.

In 2005, she won the Africa Movie Academy Award (AMAA) for Best Actress in a Leading Role, becoming the first actor to win the award.

In January 2018, it was reported that Genevieve would be replacing Funke Akindele as a member of the Dora Milaje in Marvel’s Avengers: Infinity War. This was later debunked as an internet prank and the actor did not appear in the movie.

On 7 September 2018, her directorial debut Lionheart was acquired by online streaming service Netflix, making it the first Netflix original film from Nigeria. The movie had its world premiere at the 2018 Toronto International Film Festival, alongside Farming, Adewale Akinnuoye-Agbaje’s autobiographical directorial debut where she starred alongside Kate Beckinsale, Damson Idris, and Gugu Mbatha-Raw.

On May 6, 2021, Genevieve Nnaji was featured in a skit by Ofego titled “Say It And Quench” on his YouTube channel.

Genevieve Nnaji is also a women’s activist. She advocates for Nigerian girls to be able to have a say in who they choose to marry. She is against early marriages for the girl child. She is strongly against the abuse of women in society. Genevieve says she is a strong advocate for social justice. Further, Genevieve Nnaji is a strong feminist. She states her type of feminism is the woman who has the right to make her own choices and do whatever she feels like.

Nnaji has featured in several commercials, including for Pronto (beverage) and Omo detergent. In 2004, she became the “Face of Lux” in Nigeria in a highly lucrative sponsorship deal. In 2008, Nnaji launched the clothing line “St. Genevieve”, which donates its proceeds to charity. In May 2010, she was appointed to be the official “Face of MUD” in Nigeria.

Genevieve also dated the handsome Nigerian actor, Ramsey Nouah. The two both denied the rumors of them being in a relationship but rumors of an old fling haven’t been far off. Genevieve has never addressed her relationship with Ramsey Nouah publicly and this is what Ramsey Nouah had to say about the rumors “I have never had such feeling for her. We were just colleagues who wanted you, people, to feel the way you are feeling now. It tells you that we played our roles very well”.

The gorgeous Nigerian actress dated the Nigerian musician, D’banj between the years of 2008 and went on to be featured in his 2008 music video titled “Fall In Love”, which sparked many rumors about the two having an affair. Genevieve has never confirmed that she dated the musician but the world trust D’banj enough to trust his “government”. In 2013, D’banj said he wanted to marry Genevieve. D’banj said, “I would love to have Genevieve as my wife. I have studied her and I released that anyone that has her as his woman has found himself a treasure”.

Genevieve also dated the Nigerian actor, Patt Attah but it is a tale of two stories. Genevieve said that she sees Patt like a big brother and they never dated, on the other hand, Patt admitted he dated Genevieve in an interview with Hearts Magazine back in the days and went on to say that he doesn’t regret dating the Nollywood actress.

Nollywood’s queen and multi-award actress, Genevieve Nnaji dated the Nigerian actor, Kunle Coker early in her career in the entertainment industry. The actress acknowledge that she dated the actor when she was asked if Kunle brought her into the entertainment industry. She responded to the question by saying “Yes, Kunle Coker was actually my boyfriend but he did not ring me into the industry”.

The amazing actress is a mother of a teenage girl named Chimebuka Nnaji and it is believed that she has the child when she was in her teens. It is also understood that her daughter is a result of a relationship with a man she believed she would have married and not a one-night affair however there is scarce information about the man’s whereabouts.

After having dated all these powerful and successful men, the savvy businesswoman and gorgeous actress do not show any signs of tying the knot anytime soon.

There have been a lot of complaints about the latest behavior that has been displayed by Genevieve Nnaji, an integral participant in the Nigerian film industry.

The woman became the principal source of controversy on the microblogging platform, Twitter after it was claimed that she was admitted into a rehabilitation facility in Texas in America. United States of America due to her battle with addiction dependency and mental health problems.

The scandal was revealed on Tuesday, after The Blood Sisters actress deleted all posts on her Instagram platform, before unfollowing her friends and colleagues on her social media account.

A mere 24 hours after the threatening attitude, it was reported that Genevieve Nnaji checked into a hospital in the United States because she was suffering from emotional anxiety and depression.

In response to the accusations, Genevieve posted a short video of herself making artwork on the IG page. The artist painted an intriguing image on canvas, she also added a hashtag in her post “mindfulness”.

In 2019, her movie, Lionheart, was selected by the Nigerian Oscars Selection Committee (NOSC), as Nigeria’s submission to the Best International Feature Film Category of the 2020 Oscars. It was the first film ever submitted to the Oscars by Nigeria.

Subsequently, the oscar submission was canceled for not meeting the language criteria. The film’s dialogue track is predominantly in the English language. However, the Oscar rules since 2006 dictate that eligible movies must have a “Predominantly non-English dialogue track.” This move was an attempt to open up more opportunities for films from diverse cultures.

In a viral tweet on 4 November 2019, the Award-winning filmmaker Ava DuVernay, had questioned the Academy’s decision on nixing Lionheart Oscar race for using its official language — English. Nnaji, in response to Ava DuVernay’s Tweet, took to Twitter to explain that the country Nigeria as presently constituted, does boast of over 500 languages, making it so ethnically diverse that English, as the official language, can only be the language utilized to make the movie widely acceptable to the eclectic audience across the country, and even beyond the continent of Africa.

In an article published by Culture writer and multiculturalism scholar- Kovie Biakolo titled Nigeria’s Lion Heart Disqualification is Bigger than the Oscars on the CNN opinion website; Kovie opined that “one cannot help but feel that Nigeria is ultimately being penalized for being a former British colony in using the very language that was imposed on its people, to communicate between them, and especially for art. Former French, Spanish and Portuguese colonies certainly don’t have this problem. And in truth, the Academy may be demonstrating a short-sighted or surface-level understanding of its purported inclusivity in this category”.

She went further to criticize the Oscar board for allowing the nominations of British movies that were not done in English, which invariably is the Country’s main language but did so in the case of Nigeria whose cultural diversity could be confounding yet true.