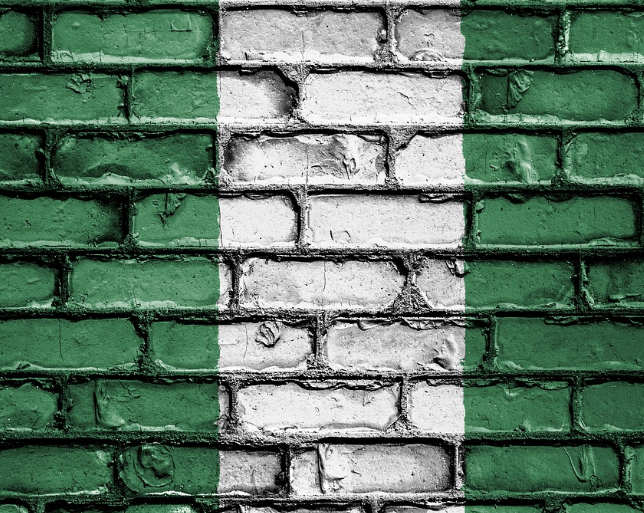 Do you know that:
1. The River Niger Bridge at Onitsha was constructed between 1964 and 1965 by Dumez;- a French construction company and cost £5 million.
2. Patience Jonathan is one of Nigeria’s most-educated First Ladies, with an NCE, a B.Ed, and a Ph.D. from the   University of Port-Harcourt. 👀😀😳
3. The highest peak in Nigeria is located in Taraba and is called Chappal Waddi which means “The Mountain of Death”.
4. There are 196 countries in the world and at least one Igbo person from Nigeria lives in every one of them.
5. The Pidgin word ‘Sabi’ came from ‘Saber’, Portuguese and Spanish for ‘to know. Both countries ship traded slaves from the Bight of Benin.
6. Katsina College (now Barewa College in Zaria) has produced 5 Nigerian Presidents/Heads of State since it was founded in 1921 in Katsina.
7. Ojukwu taught Murtala Mohammed and Benjamin Adekunle at Regular Officers Special Training School, Ghana. Both ‘fought’ their teacher during the civil war.
8. At Nigeria’s independence in 1960, there were 41 Secondary Schools in the North and 842 Secondary Schools in the South.
9. In 1983, Senator Arthur Nzeribe spent $16.5 million to win a Senatorial seat in Orlu (in Imo State).
10. In 1973, the Federal Government of Nigeria considered officially changing the name of “Lagos” to “Eko”. Regarding “Lagos” as a colonial name.
11. The geographical area now referred to as Nigeria was once referred to as ‘Soudan’ and ‘Nigiritia’.
12. Offences punishable by death sentences after the 1966 coup included embezzlement, rape, and homosexuality.
13. MKO Abiola was named Kashimawo (Let us wait and see) by his parents. He was his father’s twenty-third child, but the first to survive infancy.

14. Jaja Wachucku was the first person to refer to Lagos as a “no-man’s land” in 1947, provoking a national controversy.
15. Jollof rice, chicken breast, serve of ice cream, tea, coffee or Bournvita, with full cream milk and sugar: Meal Cost = 50Kobo- Unilag in the late 1970s.
16. At the point of death in 1989, Sam Okwaraji was a Ph.D. candidate and qualified lawyer with an LL.M in International Law (University of Rome)

17. When the British Bank of West Africa (now First Bank) opened a branch in Kano in 1929, Alhassan Dantata (Dangote’s Grandfather) opened an account depositing 20 camel loads of silver coins.
18. Jaja Wachuku is reputed to have owned the biggest one-man library in West Africa. Balewa sometimes referred to him as the “Most Bookish Minister
19. The colonization of Nigeria took more than 40 years to achieve and the territories were integrated by the use of force.
20. Yoruba is spoken as a ritual language by the Santeria cult in Caribbean and South-Central America.
21. Slavery existed in the Nigerian territory before the 15th century and was abolished in the 19th century – 1807 by the British.
22. At least 55 women were killed in South-East Nigeria, in 1929 when the women forced the Umuahia warrant chiefs to submit to their rule.
23. The coinage ‘Supreme Court’ was first used in 1863 by the colonial administration through the enactment of the Supreme Court Ordinance No. II.
24. MKO Abiola died suddenly on July 7, 1998, exactly one month after General Sani Abacha died mysteriously on June 8, 1998.
25. Agbani Darego was the only one to wear a maillot as opposed to a bikini during the Miss Universe contest in 2001.
26. The ‘Ankara’ material is not indigenous to Nigeria. Our indigenous textiles include the Akwete, Ukara, Aso-Oke, and Adire.
27. Aloma Mukhtar is the first female lawyer from the North and went on to become the first female Chief Justice of Nigeria.
28. The area known as Makoro town in Lagos was first a swamp, later sand-filled by the colonial government, and served as the first bridge to the Island.
29. Esie Museum is Nigeria’s first museum, established in 1945. Once reputed to have the largest collection of soapstone images in the world.
30. Aminu Kano formed the Northern Teachers’ Association (NTA) in 1948, the first successful regional organization in the history of the North.

31. George Goldie, who played a major role in founding Nigeria, placed a curse on anyone who attempts to write his biography.
32. In 1996, John Ogbu, a Nigerian Anthropologist firmly advocated for the use of African-American Vernacular to teach in the U.S
33. Hausa language indigenous to Northern Nigeria is spoken in 11 African States. German, French, U.S., and British International radio stations broadcast in Hausa.
34. The surgeon who ‘killed’ Stella Obasanjo was sentenced to 1 year in prison, disqualified for 3 years, and fined €120,000.
35. The word ‘asiri’ means ‘secret’ in Hausa, Yoruba, Nupe, and Igarra. It also means ‘gossip’ in Igbo.
36. Igbo-Ora in Oyo State, Kodinji in India, and Candido Godoi in Brazil are the towns that produce the highest number of twin births in the world.
37. Bishop Ajayi Crowther, a Yoruba, 1857 produced a reading book for the Igbo Language and a full grammar and vocabulary of NUPE in 1864.

SEE ALSO: THE AGE OF THE EXPLORERS

38. The first TV broadcast in Nigeria and Tropical Africa was on October 31, 1959.
39. In 1978, a 50 Kobo increase (from N1.50 to N2) in the cost of University Students’ meals per day caused the ‘Ali Must Go’ protests.
40. Albert E. Kitson discovered coal in Enugu in 1909. This discovery led to the building of Port-Harcourt town in 1912.
41. Today, only Nigeria has a larger black population than Brazil. More than 3.5 million Africans were captured, enslaved, and transported to Brazil.
42. Groundnut pyramids were the invention of Alhaji Alhassan Dantata to stack bags before export.
43. In 1967, old traditional rulers, Oba Akran and A. Ademiluyi were jailed for 14 years (7 each) for stealing £504,750 (N2.5b).
44. Since 1960, Nigeria has been either ruled by an ex-lecturer/ex-teacher or military man. The only exceptions are Azikiwe and Shonekan.
45. If you visited Lagos in 1975, you could spend a day at the Presidential Suite of Federal Palace Hotel for N100, a single room for N19.
46. The first aircraft to land in Nigeria landed in Kano in July 1925. A British fighter jet flew from Khartoum (present-day Sudan).
47. In 1895, Koko of Nembe (now in Bayelsa) took 60 white men hostage. When the British refused his demands, more than 40 of those men were eaten.
48. The ‘Naira’ was coined by Chief Obafemi Awolowo when he was serving as the Federal Commissioner of Finance.
49. Koma Hill (a settlement in Adamawa where people lived and practiced the killing of twins) was discovered in 1986 by an NYSC corps member.
50. The pilot (Francis Osakwe) that flew Ojukwu away from Biafra (1970) was the same pilot that flew Gowon to Uganda (last flight as Head of State).
51. In 1986, Shehu Shagari was banned from participation in politics for life. The ban has still not been lifted.
52. As the wife of the Deputy Head of State (Vice President of Nigeria) in 1984, Biodun Idiagbon personally ran a small ice cream shop in Ilorin.
53. Koma Hills (Adamawa State) inhabitants when discovered were observed to engage in the practice of borrowing wives among themselves.
54. Juju, Dashiki, Yam, and Okra are words in the English dictionary that originated from ethnic groups located in present-day Nigeria.
55. Nigeria has more English speakers than England, and more Muslims than Saudi Arabia and Syria.

Next post BOLAJI STONES SET TO RELEASE SINGLE ON ITUNES