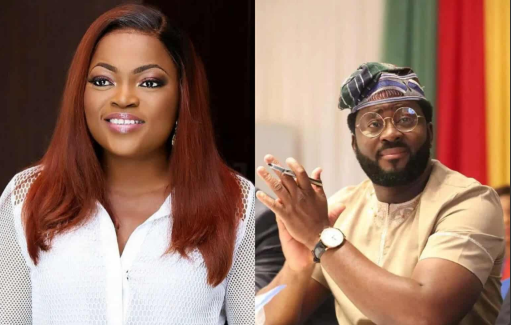 “Politics” refers to the range of actions that are connected with the making of decisions within groups, or in other types of power relationships between people, for example, the allocation of resources or status. The field of social science which studies politics and government is known as political science.

Generations older than us have controlled the political scene in Nigeria. However, at present Nigerian celebrities are leaving of the entertainment industry and becoming active participants in Nigeria’s political decision-making. Discover the Nigerian stars who have either benefited or fully embraced the political arena in Nigeria.

To satisfy the growing demand for participation by youth and participation in politics Some Nigerian celebrities have assumed the leadership role to lead change and growth in the country.

While there are stories that these celebrities, actors, and musicians may not have the right qualifications with their experience, many have praised their courage and willingness to offer leadership for Nigeria.

In the lead-up to the 2023 elections 2023, these Nigerian celebrities have decided to be part of the race and other stars have also contested their interest in office in the past. In the past, newcomers have also expressed their own interests.

This article will focus on and examine Nigerian celebrities who have embraced the political sphere without a second thought.

The Nollywood actor and director started his acting career on soap operas “Everday People”, “Sinners” as well as others. An award-winning actor who played in “Men who cheat” and “Atlanta” was a recipient of three nominations majorly during the African Movie Academy Awards in 2009 for the co-produced and directed film “Reloaded”.

But Desmond Elliot, a father of four, decided to quit the acting profession in 2014 in order to pursue his new passion for politics. The actor of 48 years ran to be elected as a lawmaker for the Lagos State House of Assembly, Surulere Constituency, on the 11th of April, 2015 after elections in the Nigerian General Elections.

In the ENDSARS protest in Oct. Desmond faced a lot of criticism because he backed his support for the Anti-Social Media Bill in Nigeria. While the Nollywood actor and politician has claimed he was not involved and denied it, there are claims that he was not telling the truth.

Desmond Elliot’s political life has not been one of the roses. Nigerians have repeatedly accused him of being insensitive, and also the alleged reason for all the problems that plague Nigeria. In the year 2020, the politician was forced to apologize after making remarks about children being “children”.

Olubankole Wellington is a Nigerian musician, actor, and husband of the actress Adesua Etomi. He entered the political scene to represent his constituency, Eti-Osa on November 11, 2018.

Banky W, who is well-known for the label that has brought Wizkid to the limelight, announced his desire to run for a position in the Nigerian House of Representatives, under the Modern Democratic Party, formed in the year 2017. But, unfortunately, on February 23rd and the 23rd of February, 2019, he was defeated in the race.

Unfazed, Banky W announced interest in running for another election through his Instagram page, in a video on April 1st, 2022. Banky W contested and won the Eti Osa federal constituency’s primary election in the People’s Democratic Party ahead of the elections in 2023.

Funke Akindele is a Nigerian actress who is popularly referred to by the name Jemifa for her part in comedy drama.

She is an actress, director, and producer with more than twenty years of experience within the entertainment industry and has also resigned her profession to run as the governor’s candidate of the People’s Democratic Party; an option she announced on her Instagram account on the 13th of July 2022.

Funke Akindele is running as the deputy of Dr . Abdulazeez Olajide Adediran in the 2023 Lagos governorship election. The Nollywood actress-turned-political candidate further confirmed the announcement via Twitter threads.

The most talked about Nigerian celebrity, Tonto Dikeh, is also seeking an election to the presidency in 2023. A native from Rivers State, Tonto Dikeh is the running mate for Mr. Tonte Ibraye’s ahead coming governorship election in Rivers State.

The announcement has been met with mixed reviews online, mostly due to the reputation of Tonto as a controversial figure. Dikeh as well as Ibraye will be fighting Siminialayi Fubara and Tonye Cole as candidates for PDP in addition to APC.

It is reported that Nigerian actor Yul Edochie, the son of actor Pete Edochie, expressed ambition to run for office in the state of Anambra State after the ‘Not Too Young To Run bill was passed earlier in the year.

Under the Democratic People’s Congress umbrella, the film star received only 145 votes in the Anambra governorship elections of 2017.

In the year 2018, he began his plans to run for the presidency, but he later pulled off the contest.

Yul Edochie was later appointed the Senior Special Assistant of the Anambra governor of the state, Willy Obiano, on Creative and Entertainment Media.

On his birthday, the 7th of January in 2021 Yul Edochie declared his intention to run for president in the future and was later nominated by his father Pete Edochie.

On the first day of May 2022, He reaffirmed his decision to contest president. However, the actor’s image was put in doubt following the time announcement of the baby’s birth to his new wife Judy Austin. The announcement didn’t go over very well with his former wife, the late May Edochie who inflicted God’s judgment upon Yul and his lover.

Internet users and fans have advised Yul to rethink his political career due to his controversial statement and an extramarital affair.

Next post [People Profile] All We Know About Abimbola Craig Biography, Age, Career, Spouse, Net Worth