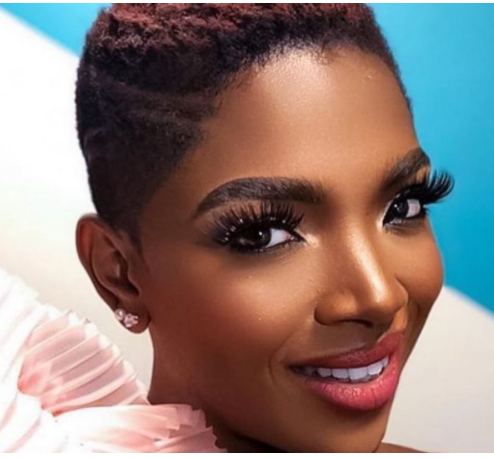 All We Know About Annie Macaulay-Idibia

Annie is popularly known in Nigeria as the superstar Tuface’s wife. Annie was born in Ibadan but her father is from Eket in Akwa Ibom State. Her parents divorced in the early years of her life after which she moved with her mum to Lagos state. She holds a degree in Computer Science and Theatre Arts. She completed undergraduate courses at Lagos State University and the University of Lagos respectively.

Standing at a height of 5 feet 8 inches, Annie Idibia appeared on Netflix’s Young, Famous, & African to clarify and improve her relationship with her husband. Annie strives to inspire women like her and give her best to become a better mother to her daughters, Isabella and Olivia Idibia. While fans seek her movies.

Annie began acting at a young age and has now gone on to be the cover star of Glamour’s latest print magazine. In 2009, she was nominated for the Best of Nollywood Awards in the category of Best Supporting Actress.

Annie Macaulay-Idibia’s Instagram (@annieidibia1) bio includes “SuperMom” and she explains the title as her real-life role. She said her family is her safe haven, and being away from them was the most difficult aspect of competing on the show for her. Having said that, making sacrifices is a necessary element of achieving success, and Annie is one of many amazing mothers throughout the continent of Africa today.

A Quick Glance At Annie Macaulay-Idibia

Annie first met Innocent Idibia, also known as 2Baba, in 1999, they started dating and then made things official a few years later, in 2002. They dated on and off for several years until getting married at a beautiful Dulai wedding in May 2012.

However, the period leading up to their marriage was filled with gossip and rumors. Annie Macaulay-Idibia’s children are Olivia and Isabella, and 2Baba has a total of seven children. Annie expressed her dissatisfaction with his irresponsibility in revealing her husband’s betrayal on the Netflix show. The Netflix show had caused a little controversy amongst her fans in Nigeria and beyond, known for on and off controversies, recently, Annie Idibia’s brother came out in public to express his dissatisfaction with his sister with some really serious allegations involving drugs.

Annie’s Brother Speaks Out on Maltreatment from Annie

The internet woke up to a wildfire surrounding the popular musician Tuface’s wife on Thursday the 31st of March 2022. Annie’s brother had made a video laying some strong accusations on the celebrity actor Annie Idibia. He claims Annie wants to be in control of his life, not wanting him to be independent of his life even though he now has a family of his own, and then she pays him a pittance for the jobs he does for her compared to what the job is actually worth. The biggest in the whole catastrophe is his insinuation that Annie Idibia is deep into the use of drugs, he also went further to say that the woman introduced him to the substance.

Annie Idibia Hits 2Face in The Head With A Fire Extinguisher

According to reports by a blogger with insider sources, Annie Idibia allegedly hit 2face’s head with the fire extinguisher at a hotel in Asokoro, because he was overpaying too much attention to his baby mama, Pero Adeniyi.

Annie Idibia Accuses Pero Adeniyi of Being The Sole Cause of Her Marital Issues, Pero Speaks Up

Legendary singer, 2Baba Idibia’s baby mama, Pero Adeniyi spoke up some more on the drama surrounding the musician’s marital crisis. She made her comments in an interview with Stella Dimoko Korkus’ Blog, SDK.

SDK reached out exclusively to Pero to hear her part on how she is involved in Tuface’s marital crisis brought online by his wife Annie who mentioned that the crooner had run off to America to Pero.

Annie Idibia has had a successful career as a Nigerian in the Nollywood industry.

Prior to the start of Annie Macaulay–Idibia’s acting career, she competed at the “Queen of All Nations Beauty Pageant” where she was placed as a runner-up and she also went on to feature in a cameo appearance on the music video of 2face Idibia’s “African Queen” song.

Her Nollywood career came to the limelight for her role in the movies titled Pleasure and Crime and Blackberry Babes.