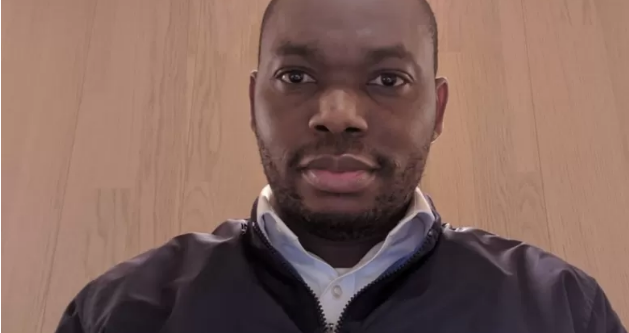 Nigerian man jailed in UK sentenced to 4.5 years for creating ethnical hostility and encouraging brutality in Nigeria
A Southwark Crown Court in the United Kingdom on Thursday sentenced a Nigerian, Adeyinka Shoyemi, to four-and-a-half years in prison for encouraging v#olence and r@cial h#tred against an ethnic group in Nigeria.
The 45-year-old was arrested in August 2019 after a series of social media posts formed by accounts called “Adeyinka Grandson” were reported to authorities via the online reporting instrument.
The Met’s Counter Terrorism Command was investigated in March 2019 as an unaffected result of associates of the public’s growing concerns to police about online social media commands which included comments aspired at certain ethnic sets based in Nigeria.

The posts which had writing encouraging att^cks against specific ethnic groups lived set by an expert group of officers in the Metropolitan (CTIRU). After levying the posts, the authorities decided these posts were potentially in violation of United Kingdom ruling and a proper research was established.
Shoyemi was foremost captured August 2019 at his residence address. Authorities dug his address, along with two others in Uk that he associated with, and recovered assorted digital machines. He was freed on bail while investigators took out additional queries and examined the devices recovered . He was charged in May 2020 with 6 counts of stirring r^cial h^tred.
After being charged, he was freed on bail with requirements not to make any statements or posts on social media which stood insulting, ab#sive or thre^tening, to any ethnic groups. However, in October 2020, he was rearrested by authorities after he pushed further offending social media posts whilst on bail. Two further charges were added as a result. He was found guilty on 30 November 2021 of eight counts of instigating ethnical violence after a trial at Southwark Crown Court

Richard Smith the Commander office , head of the Met’s Counter Terrorism Command, stated: “Our Counter Terrorism Internet Referral Unit – the first of its kind to be established anywhere in the world – was instrumental in determining Shoyemi and his activity.

“Over the last ten years, the CTIRU has been at the forefront of getting harmful content removed from the internet, and detecting and investigating potential terrorist-related activity online.

“We persist to need the asset and support of the public and I would urge anyone who comes across fabric or posts that could be connected to terrorism or violent extremist activity to report it to us, so that our specialist officers can take action where necessary.”