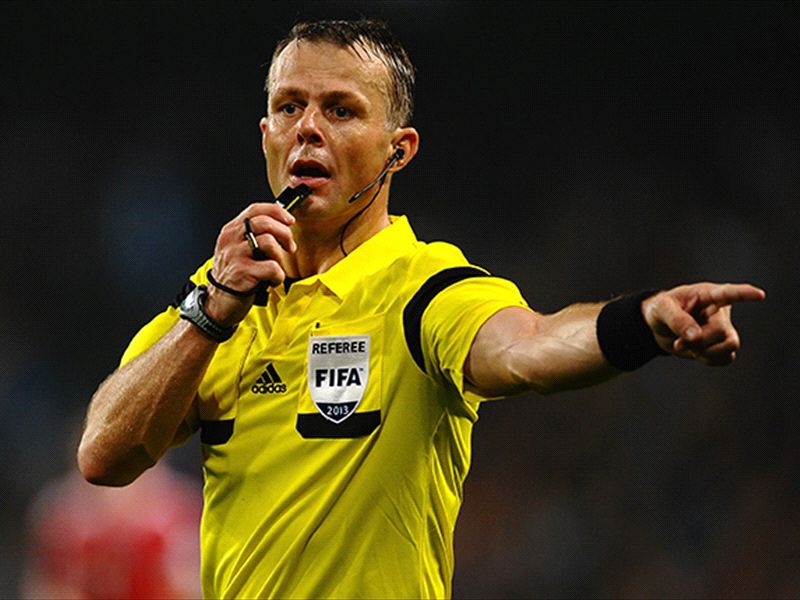 The European football governing body, UEFA has announced Bjorn Kuipers, famously regarded as the ‘world’s richest referee’ will take charge of the Euro 2020 final game between England and Italy on Sunday.

The Dutch referee co-founded supermarket chain Jumbo Kuipers back in his country and was reported to be worth around £11.5million in 2016.

The official who has handled many high profile games is said to be financially comfortable enough to retire and enjoy his wealth but still prefers to handle football matches.

Already, Kuipers has officiated three games at Euro 2020 – group stage matches between Denmark and Belgium and Spain against Slovakia as well as the quarter-final clash between the Czech Republic and Denmark.

The Dutch official will be the centre referee for Sunday’s final and will be assisted by compatriots Sander van Roekel and Erwin Zeinstra, with Spaniard Carlos Del Cerro Grande as the fourth official and German Bastian Dankert as the video assistant referee (VAR), UEFA has confirmed.

The Euro 2020 final match between England and Italy kicks off by 8pm (CAT) on Sunday and will be played at the Wembley Stadium with fans in attendance.

Ramos who is considered one of the best defenders in the world won the Champions League four times with Real and also won the World Cup with Spain.

The former Real Madrid defender who won 180 caps and scored 23 goals for his country, joined PSG to help them seal their desire to win the UEFA Champions League title.